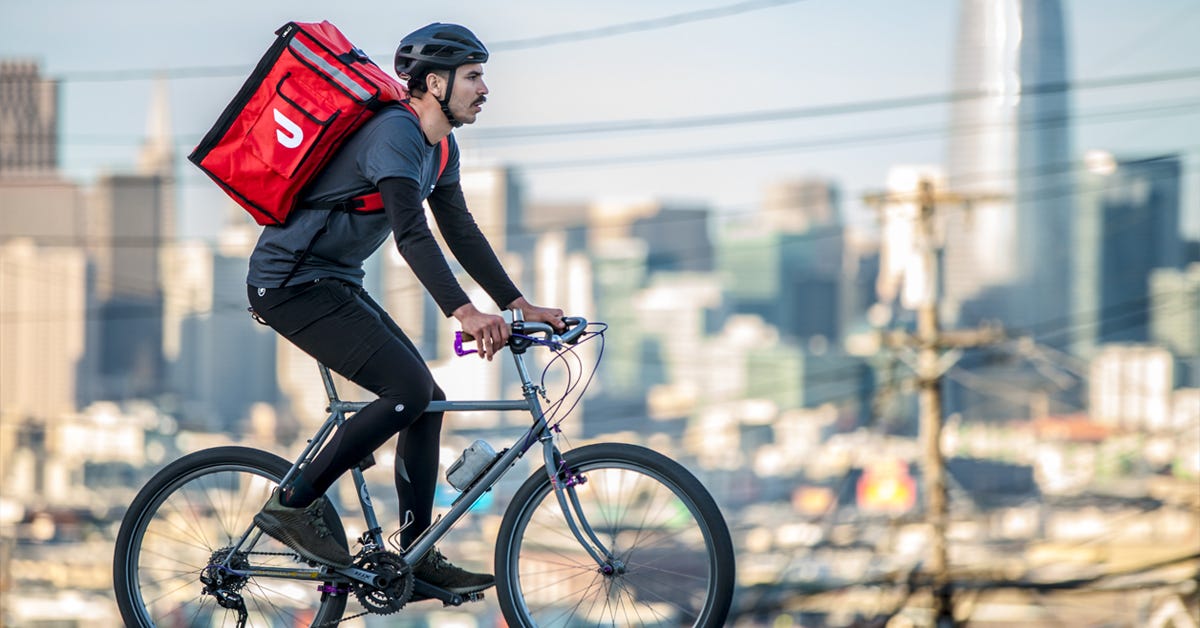 Uber and DoorDash are raising prices for customers in California in order to pay for new benefits guaranteed to rideshare drivers and food delivery couriers under a new statewide law that’s set to go into effect this week.

Uber said Monday it’s introducing a flat fee per purchase that will vary based on customers’ location and the service â€” between $US0.30 to $US1.50 for rides and between $US0.99 and $US2 for Uber Eats deliveries.

DoorDash, rather than a flat fee, will roll out slightly higher service fees starting Wednesday, and may adjust certain promotions, such as DashPass, that could also lead to higher prices, a spokesperson told Business Insider.

The surcharges are intended to help cover the costs of minimum earnings, per-mile expenses, healthcare stipends, accident insurance, and other benefits that rideshare and food delivery companies will soon be required to pay workers.

Those perks became enshrined in California law after voters in November passed Proposition 22 â€” a controversial law that Uber, DoorDash, Lyft, Instacart, GrubHub, and Postmates authored and spent more than $US200 million trying to pass.

The law exempts companies from having to provide rideshare and food delivery drivers with basic employment benefits guaranteed to other Californians under the state’s gig work law, AB-5, and denies certain labour protections to those workers.

That’s a major victory for rideshare and food delivery companies, which were facing substantially higher labour costs under AB-5 â€” Uber and Lyft gained a combined $US13 billion in market value following Prop 22’s passage. Under Prop 22, those companies are required to provide a smaller array of benefits and often at a lower cost than what they would have had to under existing laws.

For example, drivers will soon be guaranteed 120% of the minimum hourly wage, but they are only paid for “engaged” hours when they have an active ride or delivery, not the hours they spend returning from long trips or waiting for Uber or DoorDash to match them with a job. According to one study, that could result in drivers not being paid for up to a third of their day.

Drivers will also be compensated $US0.30 per-mile for vehicle expenses during engaged time, just half of the $US0.58 that the IRS estimates it costs to operate a vehicle per mile. Healthcare subsidies are similarly tied to engaged time and lack significant benefits that come with typical employer-based healthcare.

After AB-5 went into effect this year, Uber, Lyft, and other companies refused to reclassify drivers as employees as required by the law, meaning they never provided the benefits it guaranteed.

As a result, while the partial benefits guaranteed by Prop 22 will cost companies less than those guaranteed under AB-5, they are nonetheless new costs the companies hadn’t previously incorporated into their pricing â€” thus, the new surcharges from Uber and DoorDash.

Uber has yet to turn a profit in its more than 10-year history, and while DoorDash turned a surprise $US23 million profit during the second quarter of 2020, the company said that it expected costs to increase and that it “may not be able to maintain or increase profitability in the future,” which may help explain why the companies are passing off part of these new costs to customers.