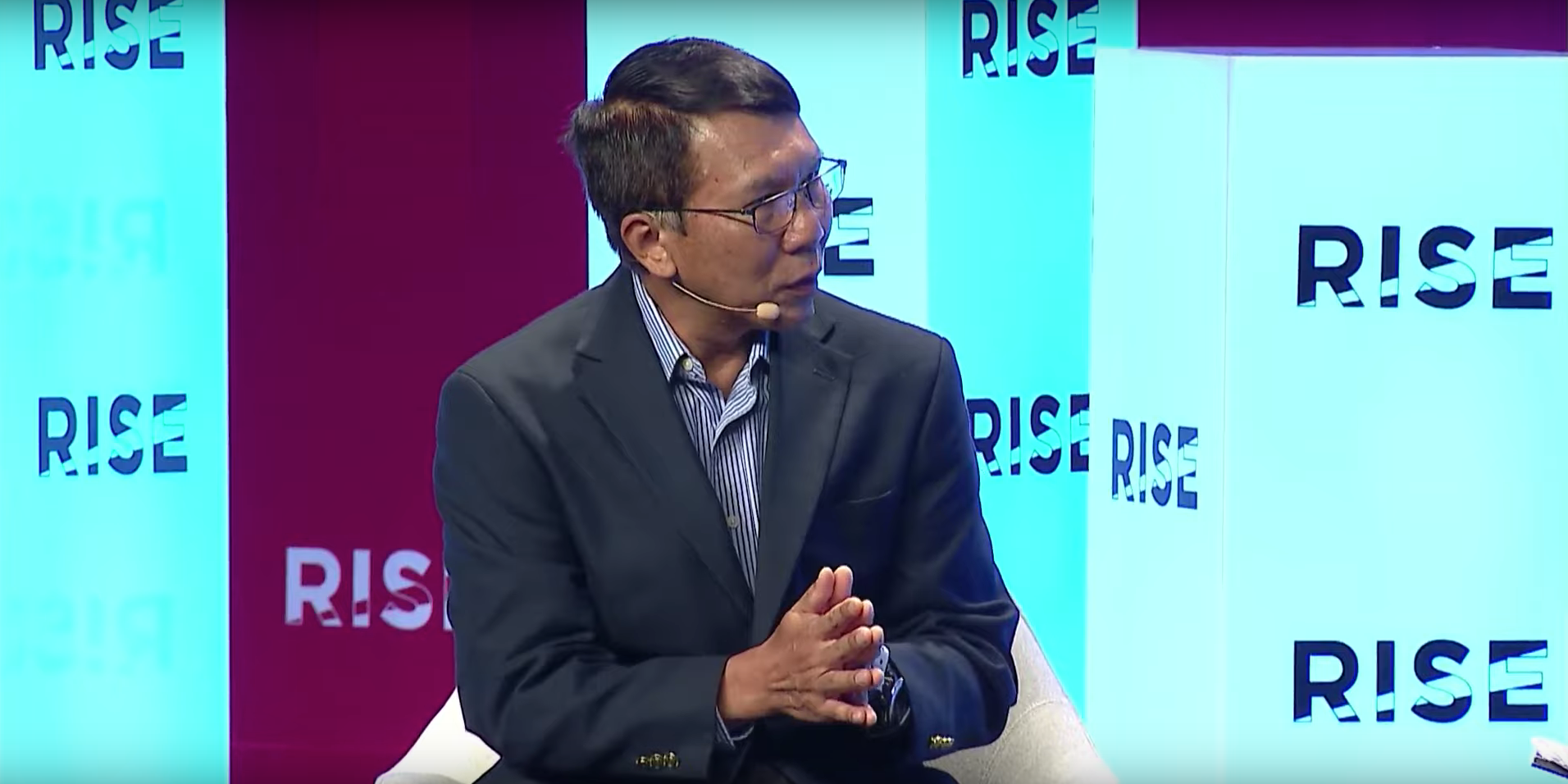 RISE via YouTubeThuan Pham joined Uber as its chief technology officer in 2013.

“While the work is never done, I feel comfortable hanging up my hat at a time when the Uber Engineering team is at peak productivity, we have built robust system scale and stability, and are well prepared to face the future,” he said in a press release filed with the Securities and Exchange Commission. “This has been a labour of love for me, and I am so proud of what we have done as a team.”

Pham joined Uber as its chief technology officer in 2013 under ousted founder and former CEO Travis Kalanick, who exited the company’s board after selling his remaining stake in December.

The Information’s Amir Efrati reported Tuesday that the company was considering further layoffs of up to 5,400 people, citing a person familiar with the matter who said the plan was not yet confirmed. The layoffs could represent up to 20% of Uber’s 27,000-person workforce and save the company up to $US1 billion in expenses, according to The Information.

In response to a question about the possible job cuts, an Uber representative said in a statement: “As you would expect, the company is looking at every possible scenario to ensure we get to the other side of this crisis in a stronger position than ever.”

In recent weeks, hundreds of open jobs have disappeared from Uber’s career webpage, which now shows zero open roles at the company.

As the coronavirus pandemic precipitated shelter-in-place orders throughout most of the world, Uber’s core ride-hailing business shrank to about 20% of its usual volume, CEO Dara Khosrowshahi told analysts in late March. Private data suggested the decline could be even greater, to the tune of 94%, Business Insider reported earlier this month.

To make up for the losses, Uber has leaned heavily into Uber Eats, which was already growing quickly as a major revenue source before the global slowdown. On the call in March, Uber said sign-ups by restaurants in the Seattle area (then one of the hardest-hit US cities) had increased up to 10 times the usual amount.

Uber is set to report its first-quarter financial performance, of which only the latter weeks were affected by the pandemic, on May 7. The company withdrew its financial forecasts – including its estimate of an adjusted profit in 2020 – on April 16.

“Given the evolving nature of COVID-19 and the uncertainty it has caused for every industry in every part of the world, it is impossible to predict with precision the pandemic’s cumulative impact on our future financial results,” Uber said at the time.

Are you an Uber employee? We want to hear from you. Get in touch with this reporter at [email protected], or via secure methods that can be found here.