Uber's CEO took a shot at labour groups, accusing them of being driven by 'politics' in the massive fight over drivers' employment status 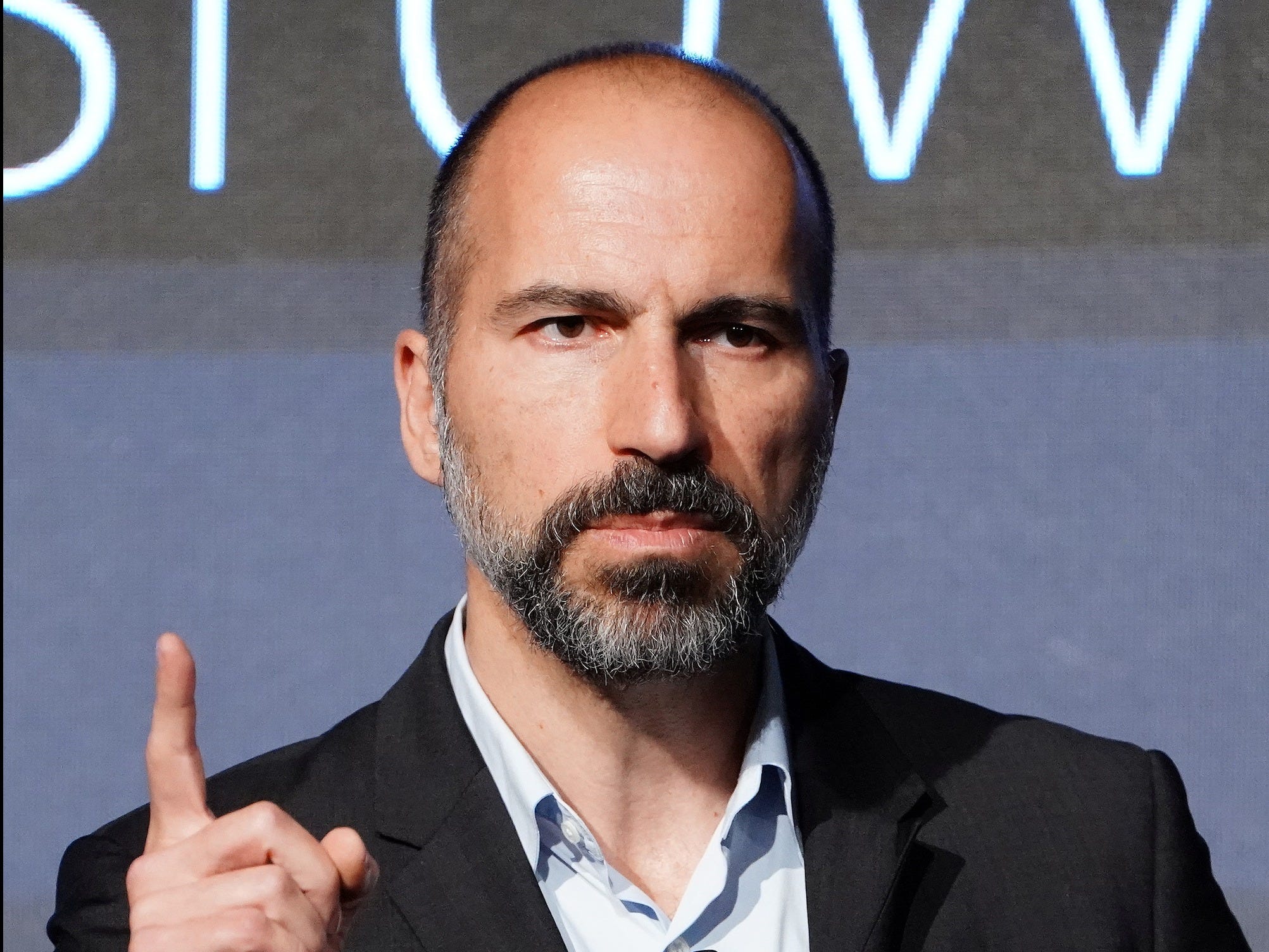 Uber CEO Dara Khosrowshahi took a shot at labour and driver-advocacy groups on Thursday over their stance on drivers’ employment status, accusing them of not representing drivers’ interests.

“We’ve got terrific supporters [of Proposition 22] in the community as well who actually care about drivers, versus labour unions and politics, they actually are taking into account the wants and needs of drivers,” he said.

Labour and driver groups pushed back on Khosrowshahi’s comments.

“It is the height of hypocrisy for Uber’s rich executives to feign that they care about drivers when they are spending hundreds of millions on a ballot proposition to prevent those workers from receiving the wages, healthcare, and fundamental rights that they have been granted under California law,” the Transport Workers Union’s president, John Samuelsen, told Business Insider.

Carlos Ramos, a driver and organiser for Gig Workers Rising, said: “From my years of organising with fellow drivers I can unequivocally say that Dara’s words do not reflect Uber’s actions. They never have. Uber has always attempted to deceive drivers around new policies and procedures, claiming that changes were made in the best interest of drivers.”

Uber, Lyft, and other ride-hailing and food-delivery companies are in the middle of a heated battle in California over whether drivers are employees or contractors under the state’s gig-worker law, AB-5, which took effect this year and raised the bar companies must clear to treat workers as contractors.

While the lawmakers behind AB-5 argued it made Uber drivers employees, the companies have refused to reclassify drivers.

In June, the state agency responsible for regulating Uber and Lyft ruled that ride-hailing drivers were considered employees under AB-5, and a month earlier, a group of attorneys general from the state, Los Angeles, San Francisco, and San Diego sued both companies over their refusal to reclassify workers.

On Wednesday, Uber and Lyft got hit with another lawsuit from the state’s labour commissioner, who accused them of wage theft by refusing to pay drivers minimum wage, sick pay, unemployment, and other benefits guaranteed to employees under California law.

Unlike employees, contractors aren’t guaranteed those benefits, and companies aren’t bound by certain labour regulations around minimum-wage payments or subject to payroll taxes for those workers, which feed into programs like unemployment insurance.

But Uber is hoping that Proposition 22, which it introduced last fall along with Lyft, DoorDash, Postmates, and Instacart, will pass in November, allowing drivers to remain classified as contractors and making its legal battles a moot point. The companies have pumped more than $US110 million into a group supporting the initiative, with Uber, Lyft, and DoorDash contributing $US30 million each.

Khosrowshahi called Proposition 22, which also includes new benefits for drivers such as higher wages and some reimbursement for health insurance and vehicle-related expenses, “the best of both worlds.”

But driver groups have slammed the companies’ proposal, saying it shortchanges drivers by not fully accounting for the actual work they do and the costs they incur. For example, under Proposition 22, drivers would not be paid for the time they spend waiting to get matched with a rider, and they would be reimbursed only $US0.30 a mile (the IRS per mile rate for business-related travel is 57.5 cents, by comparison).

Both Uber and driver groups claim drivers are on their side regarding the initiative. Khosrowshahi said the “vast majority of drivers” support it, while Ramos said “tens of thousands of drivers are organising against” it.

The stakes are undoubtedly high for both drivers and the companies. When AB-5 passed last year, analysts at Barclays concluded that having to reclassify drivers as employees in California alone could cost Uber and Lyft an additional $US3,625 a driver.