Uber CEO Dara Khosrowshahi says drivers should receive tiered healthcare benefits based on how many hours they work, and that the company would pay for it 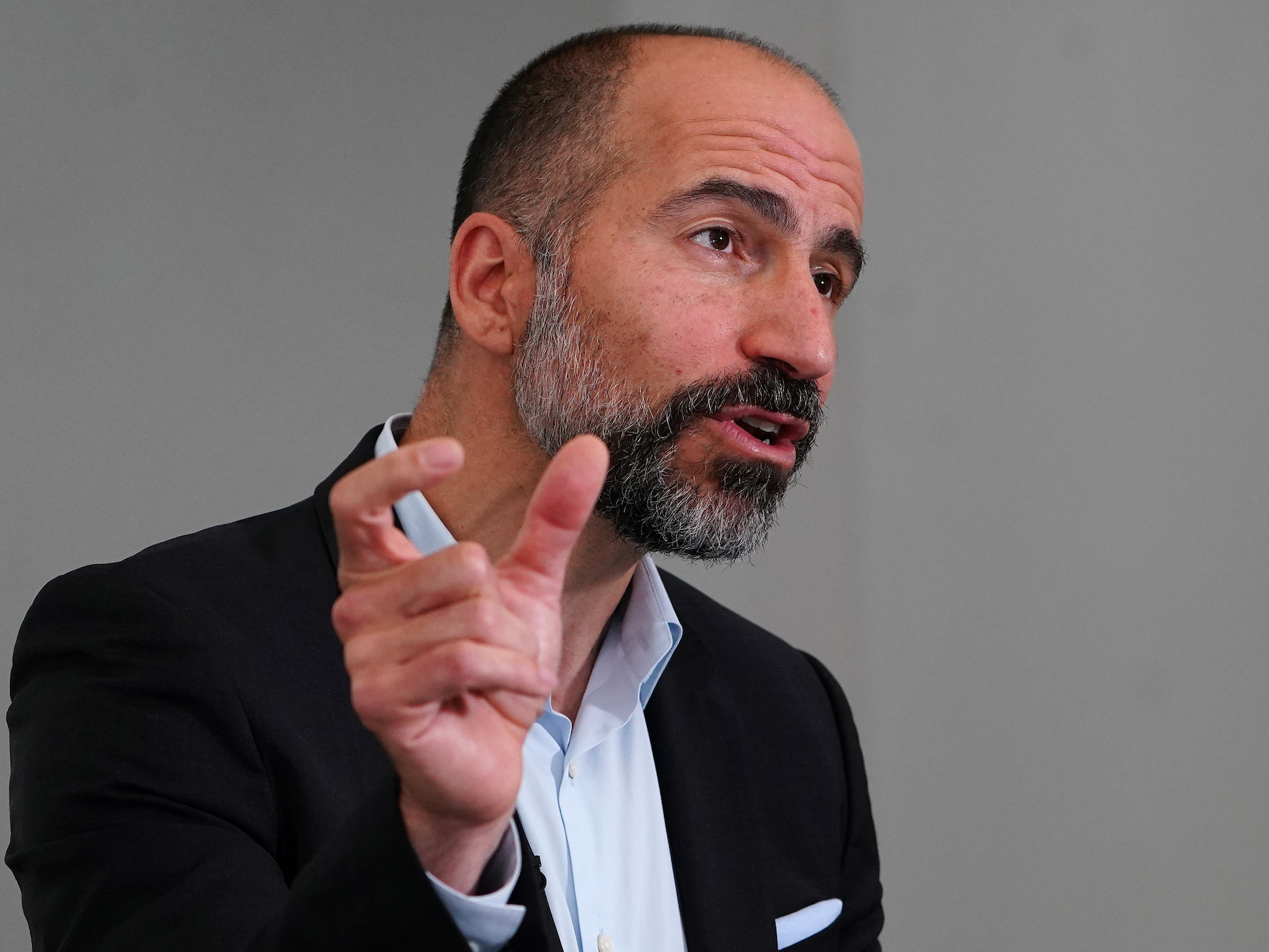 Uber drivers’ healthcare benefits should be contingent on how much they work, CEO Dara Khosrowshahi said during an interview with CNBC on Friday.

“You should get healthcare based on the hours that you’re working, and if you have a ‘have’ and ‘have-nots’ based on a particular number of hours worked, that doesn’t make sense in a technical, forward world,” Khosrowshahi said, adding that Uber would set aside money to cover the costs.

Khosrowshahi’s suggestion comes as the company faces growing pressure to provide its drivers with more extensive benefits. California lawmakers on Tuesday filed a lawsuit against Uber and Lyft, accusing the ride-hailing companies of misclassifying drivers in violation of a law passed by state legislators last fall.

Uber currently considers its drivers independent contractors, meaning – unlike with full-time employees – it doesn’t offer them benefits like healthcare or sick pay and isn’t required to pay into programs like unemployment insurance for those workers via payroll taxes. (Uber has set up a temporary sick pay program for workers impacted by COVID-19, but drivers have found it difficult to qualify and far from sufficient).

The contractor or “gig” model, which the tech industry has relied heavily on, has come under fire in the past few years, and the coronavirus pandemic has revealed how vulnerable it leaves workers.

Uber has aggressively defended its classification of workers, challenging the California law in court as well as directly with voters. It also called on President Trump and Congress to have taxpayers to pick up the tab for driver benefits in its coronavirus stimulus bill, which allowed gig workers to qualify for unemployment for the first time.

Uber has argued that, as contractors, drivers enjoy the flexibility that comes with setting their own hours and choosing which rides they accept, and Khosrowshahi has advocated for a new system of worker classification and benefits that allows for more than two options.

“I think a system of, you don’t work 40 hours, you’re not full-time, you work 40 hours, you’re full-time, and then there’s this hard break between the two, that’s the old world,” he told CNBC. Khosrowshahi said that under this new model, Uber workers would reap healthcare benefits on a sliding scale, becoming eligible for additional benefits by working more hours or fewer benefits by working fewer hours.

Uber also has a strong financial incentive to not have its drivers classified as employees, and said as much when it filed to go public last year, warning investors that reclassification could seriously impact its business.

Uber’s business has been hit hard by the pandemic, with ridership dropping significantly, forcing the company to lay off 14% of its workforce (not including drivers). Last quarter, the company reported losses of $US2.9 billion and had to push back its goal of becoming profitable by the end of the year.