Uber’s board of directors struck a grand bargain on Tuesday, settling a fractious internal battle that has hamstrung the ride-hailing company for months and paving the way to a giant IPO in two years.

The board also agreed to move forward with a multi-billion deal that would give Japan’s Softbank as much as a 17% stake in Uber, the world’s most valuable privately held tech startup.

Here are the changes approved by Uber’s board, which will take effect after the Softbank deal closes, according to a person familiar with the matter:

Uber’s board agreed to the changes after meeting for several hours on Tuesday afternoon.

And Benchmark Capital, an early Uber investor that had sued Kalanick, has agreed to drop the litigation once the Softbank deal closes, the person familiar with the matter said.

The deal appears to significantly curtail Kalanick’s power, a somewhat surprising outcome after various moves and statements by the Uber cofounder that seemed to suggest he was spoiling for a fight.

Kalanick built Uber into a $US69 billion ride-hailing behemoth, but was ousted as CEO in June amid a series of controversies and scandals relating to the company’s practices and internal culture. In August, Uber appointed Dara Khosrowshahi, the CEO of Expedia, to replace Kalanick in the top job.

Kalanick struck a conciliatory note in a statement to Business Insider on Tuesday:

“Today the Board came together collaboratively and took a major step forward in Uber’s journey to becoming a world class public company. We approved moving forward with the Softbank transaction and reached unanimous agreement on a new governance framework that will serve Uber well. Under Dara’s leadership and with strong guidance from the Board, we should expect great things ahead for Uber,” Kalanick said.

Uber will receive between $US1 billion and $US1.25 billion in direct funding in the deal with Softbank and Dragoneer Investment Group. That investment will value Uber at its current private market valuation of $US69 billion.

Softbank and Dragoneer will also acquire a 14% to 17% stake in Uber by buying shares from existing investors through a tender off, the person familiar with the matter told Business Insider. Those shares will be sold by several of Uber’s existing private investors, at a valuation that could not immediately be learned.

The direct funding portion of the deal with Softbank preserves Uber’s hefty market value, following reports that nearly a year of problems at the company had begun to erode its $US69 billion valuation.

Uber, which generated roughly $US1.75 billion in net revenue in the first three months of the year, has emerged as one of the world’s fastest-growing ride-hailing services thanks to its fleet of contract drivers and an easy-to-use app that consumers increasingly prefer to traditional taxis.

Although Uber lost $US3 billion last year and continues to lose money, the company is one of the most closely-watched IPO candidates. An offering, which Uber now says will happy by 2019, could be one of the largest ever.

Not everyone is happy

The sweeping changes agreed to in Tuesday’s board meeting come a few days after Kalanick surprised the company by appointing two new directors to the company’s board. Kalanick controls three board seats, including his own.

Kalanick’s control of the board seats, as well as the supervoting shares that give him and other early investors more votes than others, have been challenged by Benchmark, one of Uber’s other large investors. Benchmark did not immediately return a request for comment.

But at least one major Uber shareholder was not happy with the changes. Venture capitalist Shervin Pishevar said in a statement on Tuesday that he would move forward with a lawsuit seeking class action status on behalf of shareholders holding the soon-to-be-devalued supervoting shares.

“Todays [sic] action by the board was the culmination of a blatant bait and switch, essential robbing loyal employees, including the more than 200 early founding Uber employees and advisors of their hard earning shareholder rights worth billions in value,” Pishevar said in a statement that was tweeted by the New York Times’ Mike Isaac.

Pishevar, who has hired celebrity attorney Mark Gregagos to represent him, has been an outspoken critic of Uber throughout the recent drama.

“Today, after welcoming its new directors Ursula Burns and John Thain, the Board voted unanimously to move forward with the proposed investment by SoftBank and with governance changes that would strengthen its independence and ensure equality among all shareholders. SoftBank’s interest is an incredible vote of confidence in Uber’s business and long-term potential, and we look forward to finalising the investment in the coming weeks.” 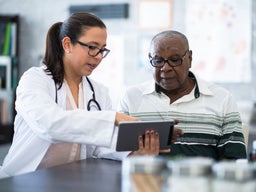