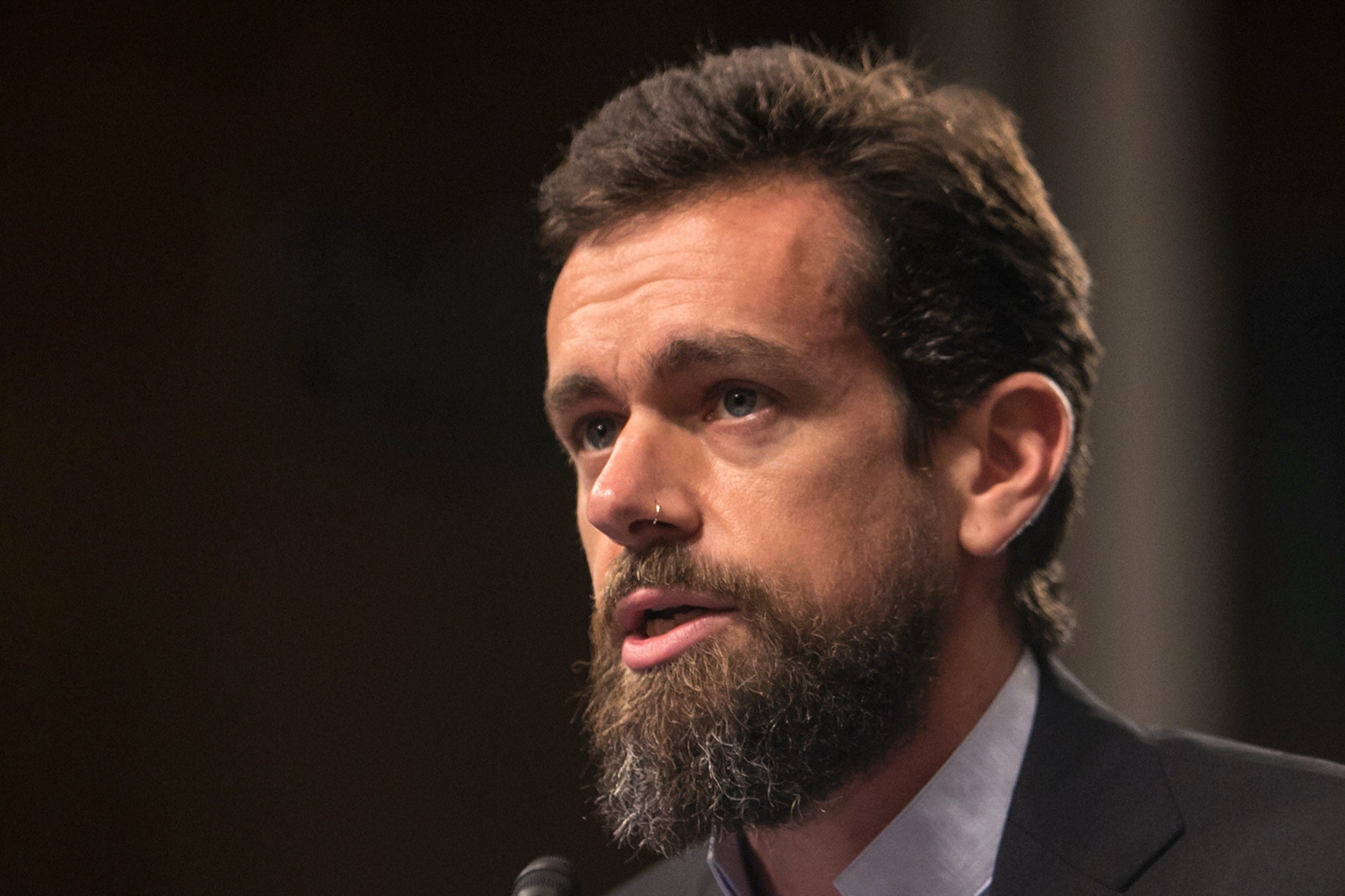 Twitter announced in a blog post Thursday that it’s taking new proactive measures to protect the accounts of high-profile US politicians, government officials, candidates, and news media ahead of the 2020 elections.

“Voters, political candidates, elected officials and journalists rely on Twitter every day to share and find reliable news and information about the election, and we take our responsibility to them seriously,” the company said, adding that it’s “focused on keeping high-profile accounts on Twitter safe and secure during the 2020 US election.”

Twitter said it will require certain users to make stronger passwords and verify their email or phone number in order to reset their password, and will encourage them to set up two-factor authentication in order to prevent the accounts from being hijacked by hackers.

The company is also implementing “additional proactive internal security safeguards” for those users. Those will include “more sophisticated” systems for detecting and responding to suspicious activity, “increased login defences,” and “expedited account recovery support” when an account’s security might be compromised.

The changes will apply to accounts related to: US executive branch officials, members of Congress, governors, secretaries of state, presidential campaigns, political parties, and verified congressional or gubernatorial candidates, as well as “major US news outlets and political journalists.”

A Twitter spokesperson told Business Insider some senior officials and official spokespeople within the White House, presidential campaigns, and major political parties will be included in that list, as well as the official handles for the categories listed in Thursday’s blog post, but not congressional, campaign, or federal agency staff more broadly.

The company said it will notify these users about the security changes “via an in-app notification” starting Thursday. 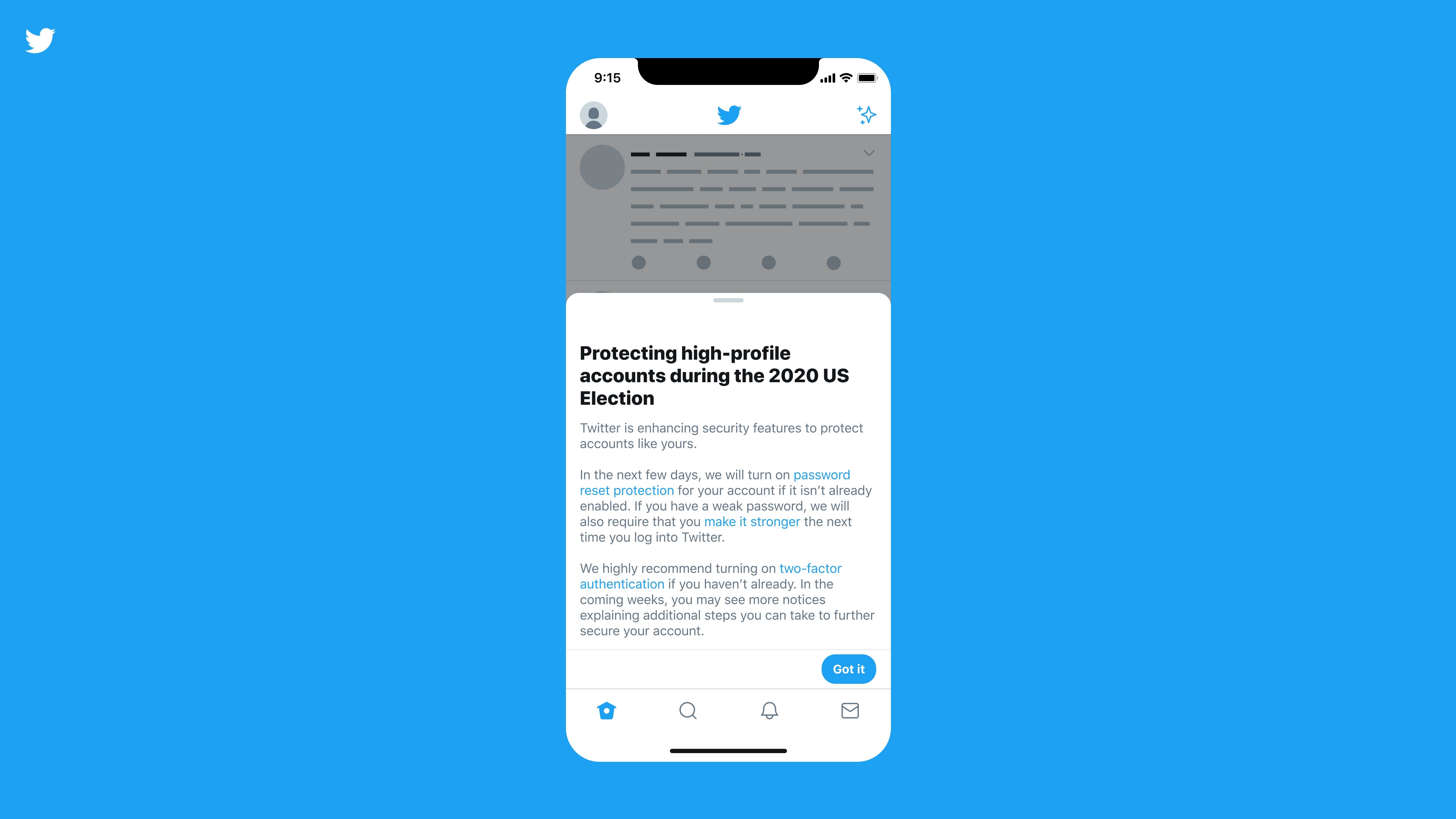 TwitterTwitter is notifying high-profile users of extra security measures it’s taking for their accounts ahead of the November elections.

Twitter has made several policy and security changes in recent weeks, including labelling or removing false or misleading information about topics like the voting process, election results, election rigging, ballot tampering, and vote tallying.

The changes also come just months after hackers gained access to Twitter’s internal account security tools via the company’s employees in a major data breach. With access to the tools, the hackers were able to hijack the accounts of dozens of high profile politicians, executives, companies, and celebrities, from which they posted scam bitcoin requests that tricked people into sending them more than $US100,000.

Election security experts and the US intelligence community have warned about malicious foreign actors using social media to spread misinformation and sow doubt ahead of November’s vote. Social media companies, Facebook and Twitter in particular have faced increased pressure to take more aggressive action to police their platforms.