Twitter said it had to temporarily lock Trump's account after he shared a columnist's email address, violating the company's policies 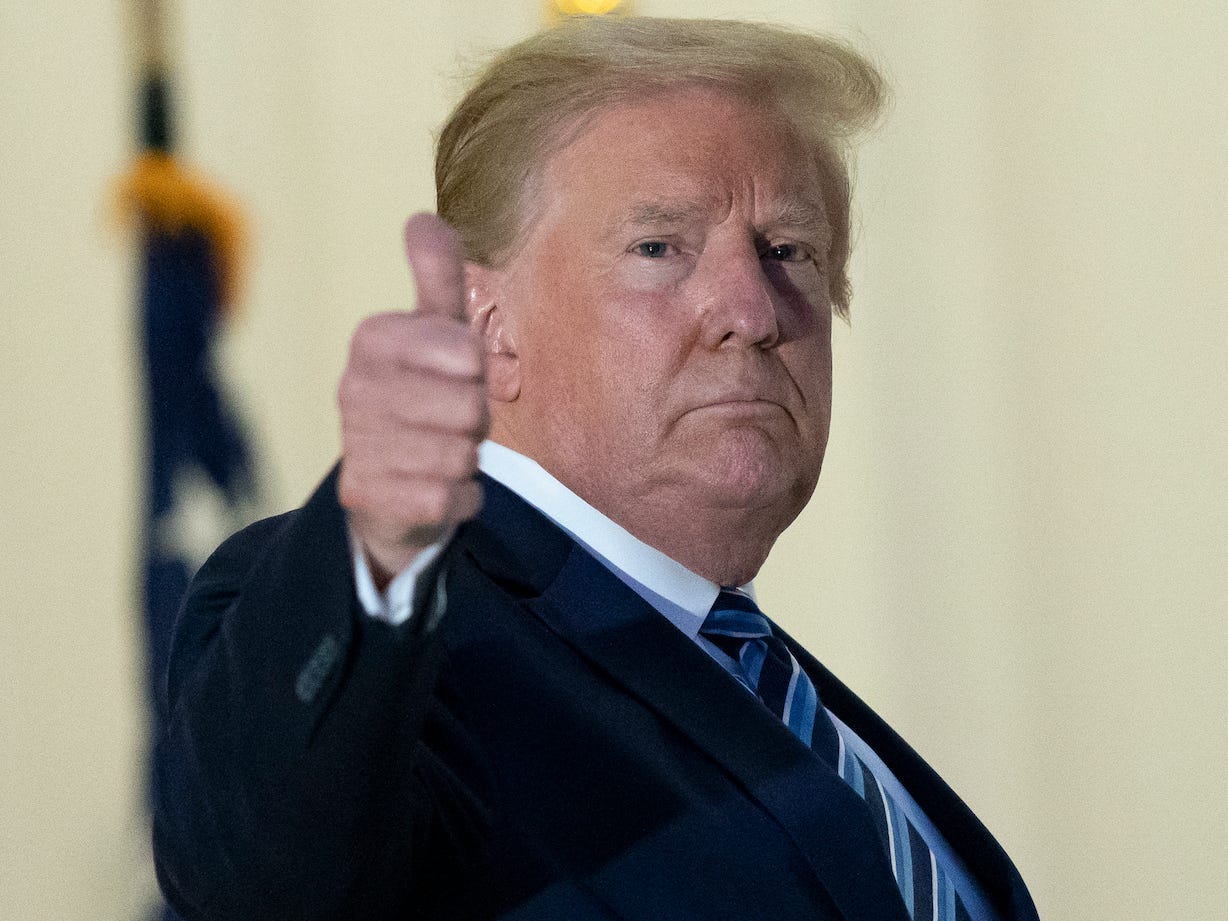 Twitter said it locked President Donald Trump’s account after he shared the email address of a columnist Monday evening.

The president posted a tweet praising and quoting a column in the New York Post by the journalist Miranda Devine that ran on Sunday night. In the column, Devine praised Trump, saying he overcame his battle with the coronavirus and showed commitment to his duties as president after his diagnosis. Health experts have said he is not “out of the woods.”

Trump followed up his post with a now deleted tweet in which he tacked on Devine’s email address, prompting what she told Sky News Australia was a barrage of abuse from people online.

“People [were] just very angry, a lot of them, and they’re furious about the fact Donald Trump has actually seemingly beaten the coronavirus,” she said, according to Sky News.

Twitter confirmed to Business Insider in an email that it then locked the president’s account after it found the tweet violated its private-information policy. The policy forbids users from publishing or posting “other people’s private information without their express authorization and permission.”

Spokespeople for the White House and the Trump campaign did not immediately respond to Business Insider’s request for comment.

Trump has tweeted frequently throughout his presidency, and he has 87 million followers on the platform. But Trump has also had a rocky relationship with Twitter, as the company has cracked down on claims Trump has made on the platform.

For example, Twitter added a warning label to a tweet on Tuesday in which Trump falsely said that COVID-19 is less deadly than the flu. The company said the post included misleading information. Twitter also said it would remove any posts in which users wished for Trump to die of the coronavirus disease, a move that received backlash, as some said Twitter has chosen to let other threats go without enforcement in the past.

Trump and other Republicans continue to claim that anti-conservative bias is rampant in Big Tech. The president signed an executive order in May threatening to give regulators the power to tweak Section 230 after Twitter fact-checked two of his tweets that included false claims about mail-in voting. Experts said Trump had “absolutely no legal authority” to regulate tech companies when he disagrees with them.