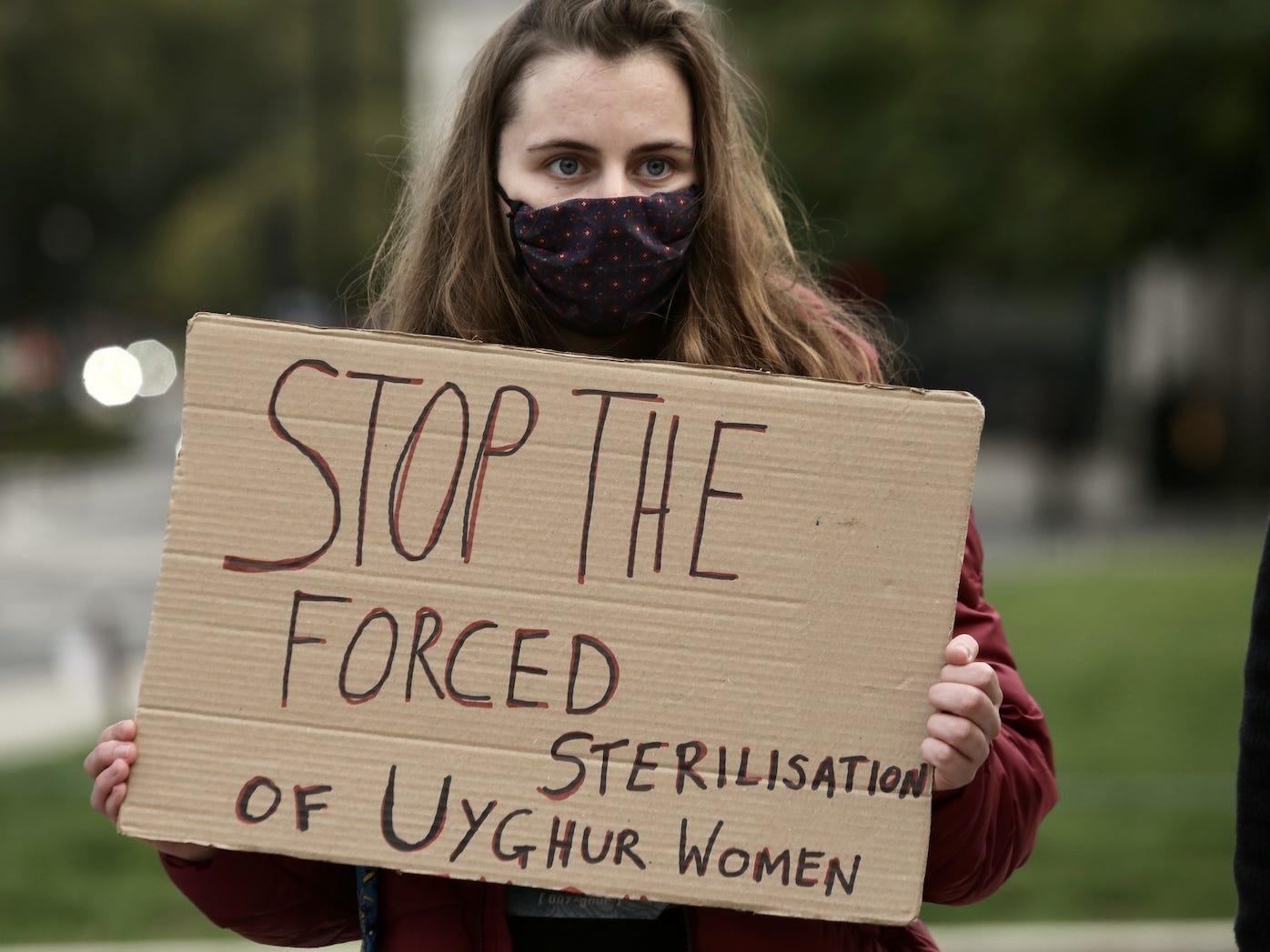 On Saturday morning, a tweet posted by the Chinese Embassy in Washington DC was removed by Twitter for violating the platform’s rules against dehumanization.

The tweet, posted on Thursday, drew widespread condemnation for claiming that Uighur women have had their minds “emancipated” and are no longer “baby-making machines.”

“We prohibit the dehumanization of a group of people based on their religion, race, or ethnicity, among other categories,” a Twitter spokesperson told Ars Technica.

The post read: “Study shows that in the process of eradicating extremism, the minds of Uygur women in Xinjiang were emancipated and gender equality and reproductive health were promoted, making them no longer baby-making machines. They are more confident and independent.” 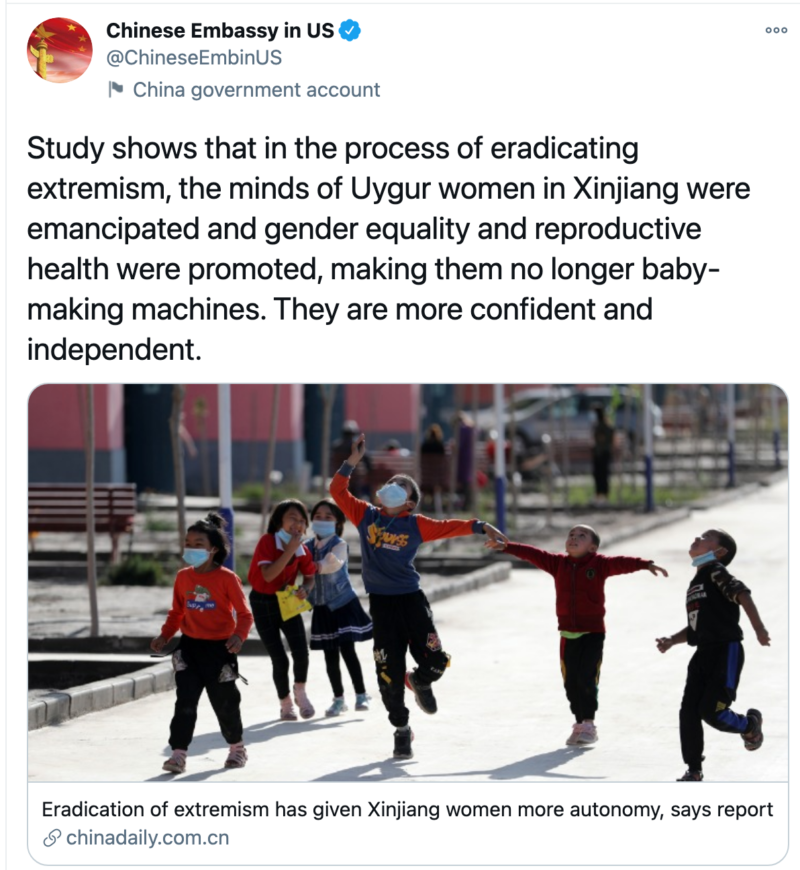 TwitterThe now-deleted tweet by the Chinese Embassy in the US.

The article claims that a decrease in birthrates in the Xinjiang Uighur Autonomous Region in 2018 resulted from “the eradication of religious extremism.” It also refers to “family planning policies” being implemented in the region.

The Uighurs are a mostly-Muslim minority group in the Xinjiang Uighur Autonomous Region of northwestern China. Estimates suggest that at least one million of them could be interned in so-called ‘re-education camps,’ according to Foreign Policy.

China has been accused of reducing the birth rate of Uighur women by using inhumane practices, such as force-feeding birth control pills. The practice is “widespread and systematic,” according to an AP investigation.

The article’s implication that Uighur women are now more “confident and independent” was condemned by several high profile figures.

Republican Sen. Tom Cotton of Arkansas tweeted that it is a reminder that China is “an evil pariah state.”

This is a reminder that China is an evil pariah state. https://t.co/mpjzK0oLue

Republican Sen. Rick Scott of Florida referred to China’s treatment of the Uighurs as “a genocide” and said that “propaganda can’t hide their crimes.” He had urged Twitter to censor the tweet.

This is sickening but sadly what we’ve come to expect from Xi and the Chinese Communist Party. The atrocities occurring in Communist China against the Uyghurs are a genocide.

This is genocidal. The world needs to wake up to the evil of #China's Communist Party. https://t.co/a0xySEdCB5

Iain Duncan Smith, former leader of the UK’s Conservative Party, wrote: “How disgusting of the US Chinese Embassy to attempt to justify the progressive eradication of the Uyghur people.”

How disgusting of the US Chinese @ChineseEmbinUS Embassy to attempt to justify the progressive eradication of the #Uyghur people… https://t.co/V1jf9ozSON

Other British MPs also expressed their disgust at the tweet.

This is an absolute disgrace. I have repeatedly raised the issue of the persecution the Uyghurs in Parliament, and this tweet tries to justify the unjustifiable. It brings shame on Twitter for allowing this hateful propaganda to remain up. https://t.co/2ZURnqHF3j

Isa Elkun continued: “The Chinese state is committing genocide on Uighurs. The Western world must act now and keep the promises of ‘never again.’ It must hold China accountable for the Uighur genocide before it’s too late.”

Despite the widespread condemnation, Twitter had originally told Ars Technica that it did not violate its policies against hateful conduct.

Although the Chinese Embassy tweet has since been removed, the article remains on China Daily’s Twitter feed.