San Francisco's mass exodus: Twice as many homes are for sale compared to last year as people look to leave the city 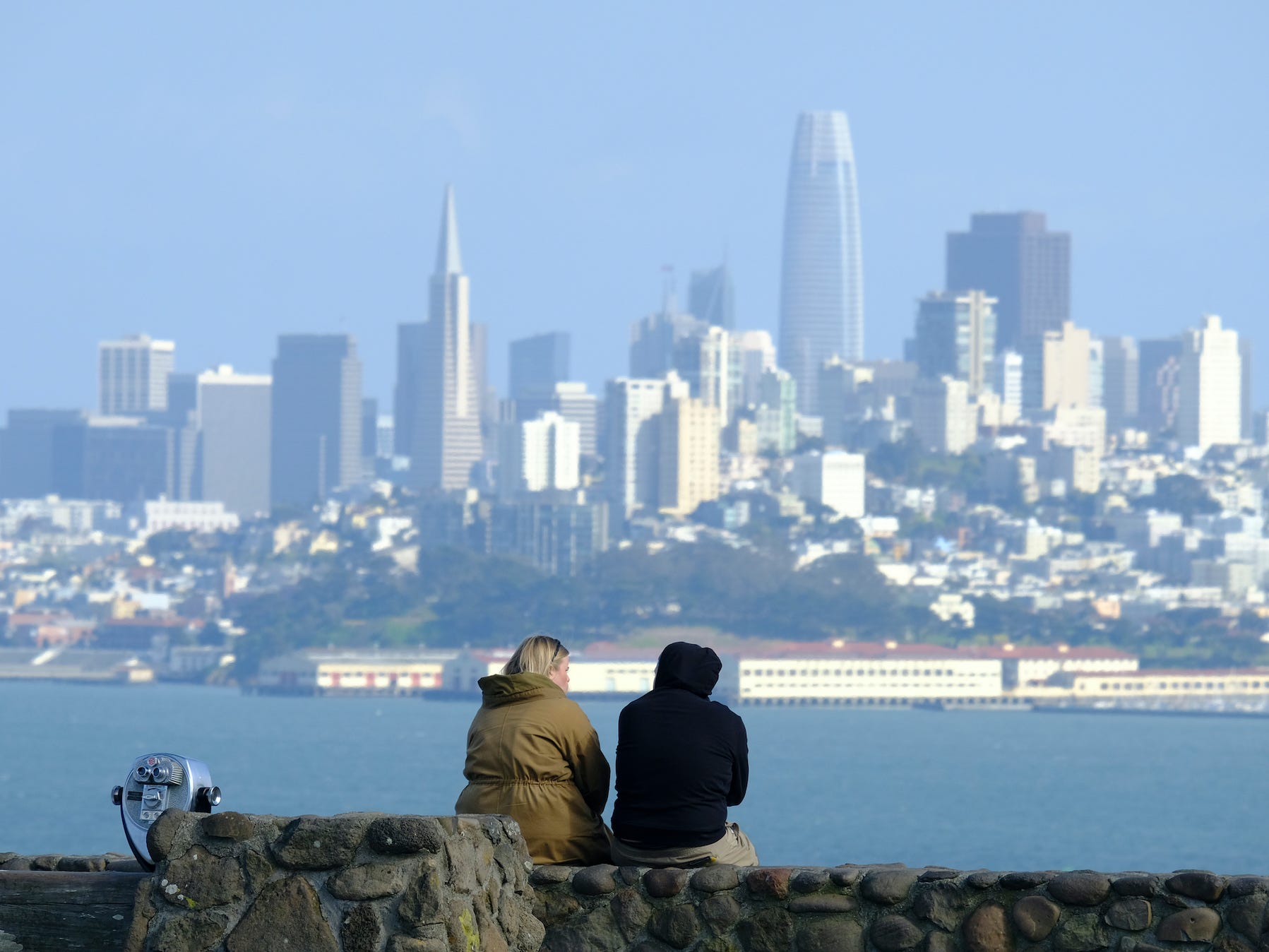 Eric Risberg/APA couple sits at a vista point with the San Francisco skyline in the background Friday, March 27, 2020, in Sausalito, Calif.

Nearly twice as many homes are for sale in San Francisco as residents continue to leave one of the most expensive cities in the country amid a pandemic-driven exodus.

According to a Zillow report published last week, housing inventory is up 96% from this time last year, and listing prices have also dropped by 5%. Though you’ll still spot San Francisco’s infamously high price tags on online housing sites – Zillow lists the city’s median home value at about $US1.45 million.

The report points out that other metro areas are not seeing the flood of new listings that San Francisco is experiencing – inventory in and around cities like Los Angeles, Seattle, and Boston is either steady or dropping.

The Zillow report is just the latest data point in a growing consensus that more people are leaving San Francisco during the COVID-19 pandemic.

Reports of residents leaving the city are nothing new and predate the COVID-19 pandemic – soaring housing prices, a high cost of living, and other factors have been cited as key drivers to people exiting the city in recent years. But the “urban flight” from the city has been accelerated as some of the city’s most attractive amenities – like museums, indoor restaurants, and bars – remain shuttered and as the rise of remote work has allowed workers in tech and other sectors to move to places with cheaper costs of living.

Tech workers are a major part of the region’s talent pool, and industry giants like Facebook and Google have announced that their workforces will be working from home well into 2021.

Moving companies in the San Francisco Bay Area have seen a surge in business in recent months, as Business Insider’s Rob Price reported. And many in Silicon Valley have escaped to surrounding areas, like the affluent wine country to the north, where wealthy homebuyers have reportedly fled dense San Francisco to snatch up hillside homes.

Since the onset of the pandemic, a debate has ensued on whether or not people will want to live in major US metro areas in the short and long term.