African Americans seem to be disproportionately dying of the coronavirus in several states. A decades-old mistrust in government health services called the 'Tuskegee Effect' could be fuelling the problem. Yuri Gripas/ReutersJerome Adams, the US surgeon general, at a March 22 news conference amid the coronavirus outbreak.

African American populations in the US so far appear to be some of the worst hit by the coronavirus pandemic.

Few places have publicly broken down the numbers by race, but places that have done so largely show black people to be dying of COVID-19 at outsize rates.

Though it’s early, the most frequently suggested reason for this is that black, urban communities are some of the poorest and most disadvantaged in the US.

Many live with no access to medical care and above-average levels of debilitating illness and disease, rendering them more at risk of the coronavirus than other groups. But African Americans may be suffering more than any other group because they are reluctant to go to the hospital in the first place because of a historical mistrust of the institutions, according to experts, even if they show symptoms of the coronavirus.

It’s known as the “Tuskegee Effect,” named after the Tuskegee Study of Untreated Syphilis in the Negro Male.

From 1932 to 1972 the US Public Health Service studied 399 black men with syphilis, plus 201 more without it who were used as a control group.

Scientists wanted to know whether the disease affected black men differently than it did white men. 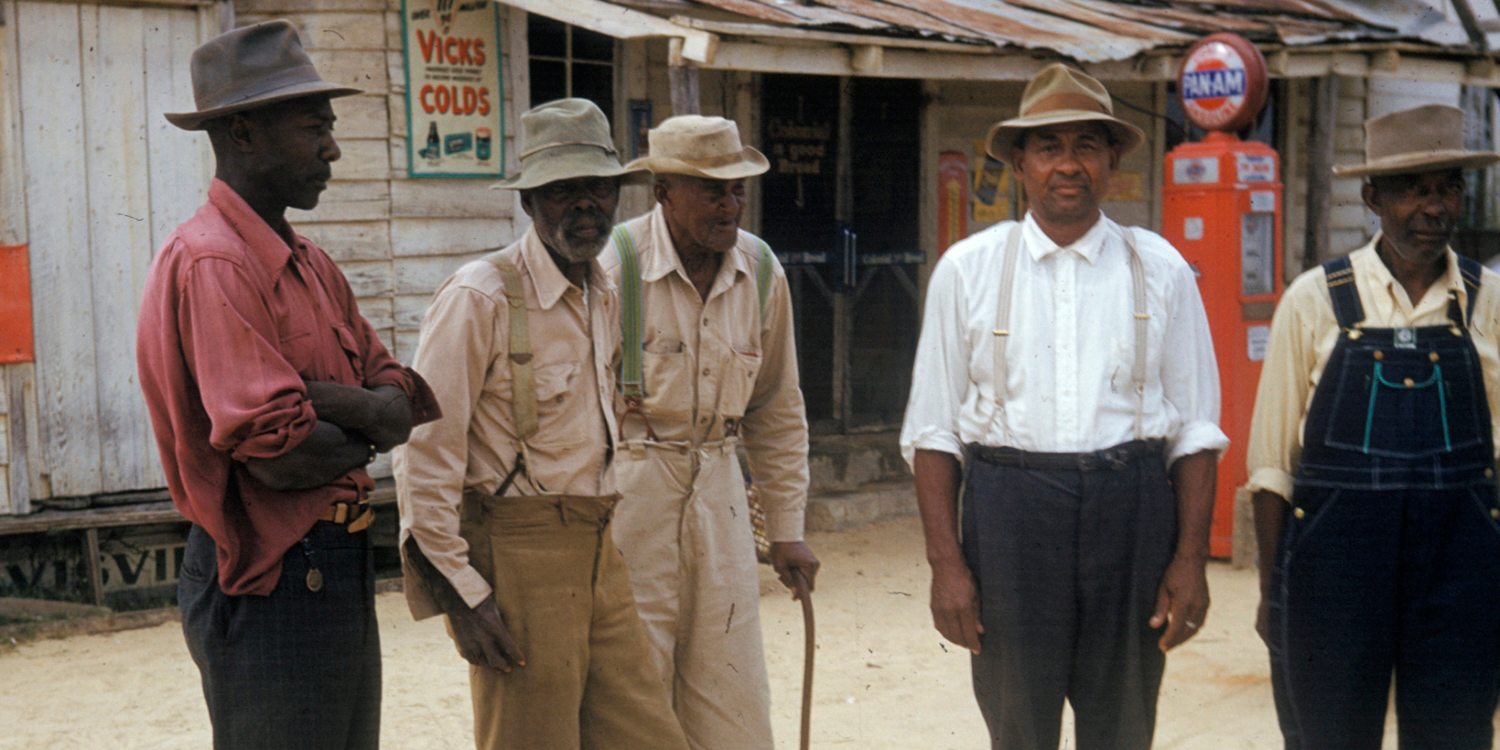 The men weren’t told they had syphilis – instead they were made to believe they were being studied for “bad blood.” The men were treated without their consent. The men were placated with free meals, rides to the clinic, and burial insurance.

In 1947, penicillin was discovered as a cure for syphilis, but the PHS didn’t give it to any of the men. Instead it continued to study them, many until their deaths, until the Associated Press exposed what was happening in 1972.

The Tuskegee scandal is one of numerous US medical experiments conducted solely on African Americans, the legacy of which manifests as a distrust of US medical and healthcare systems. 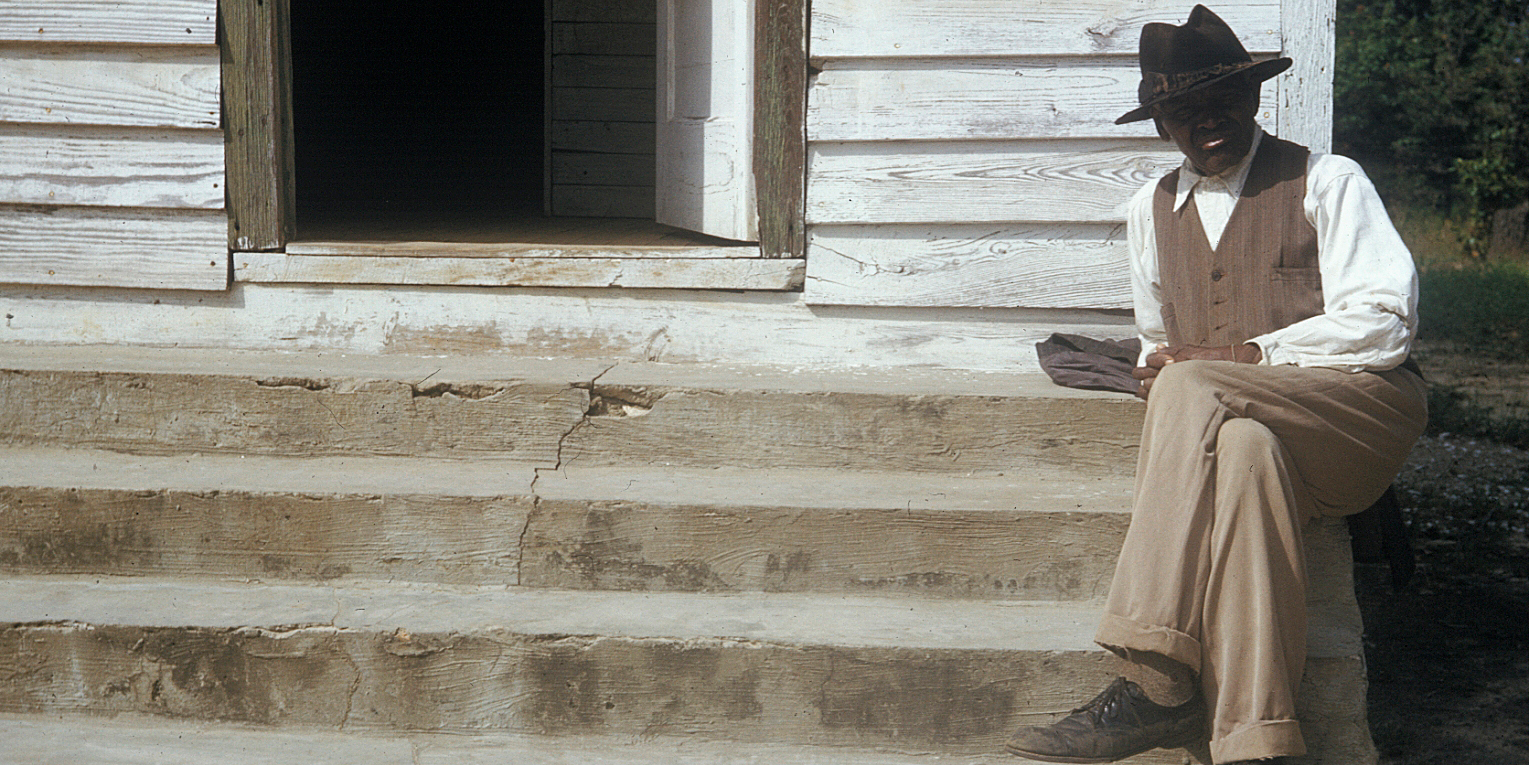 National Archive via APA 1950s photo released by the National Archives showing a man included in a syphilis study in front of of a house in Tuskegee.

Some professionals argue that the legacy of the event is the most important factor in explaining why African Americans are more likely to eschew the US healthcare system than other groups.

“The Tuskegee Syphilis Study is frequently described as the singular reason behind African-American distrust of the institutions of medicine and public health,” Dr. Vanessa Northington Gamble wrote in the American Journal of Public Health in November 1997.

A June 2006 scientific paper that studied perceptions of healthcare in several black communities in Chicago found a “disconcerting” trend in which those studied “said that they expected to be experimented on in the course of routine medical care.”

“Many participants perceived events that others would see as routine or incompetent medical care as experimentation and attributed this expectation to their knowledge of the Tuskegee Syphilis Study,” the paper said. Dr. Jasmine Marcelin, a doctor at the University of Nebraska Medical Centre, told Business Insider that the study bred a distrust of the healthcare system and in turn contributed to racial inequality.

“The Tuskegee study demonstrated how conscious bias, in this case manifested in the form of racism, led to the unethical treatment of black men that continues to have long-lasting effects on health equity and justice in today’s society,” Marcelin said.

Another, more recent medical zeitgeist that experts say has contributed to an African American mistrust of US healthcare services is the 1970 sickle-cell testing debate.

From 1971 to 1972, 12 US states passed laws saying sickle-cell testing should be conducted mainly on African Americans. 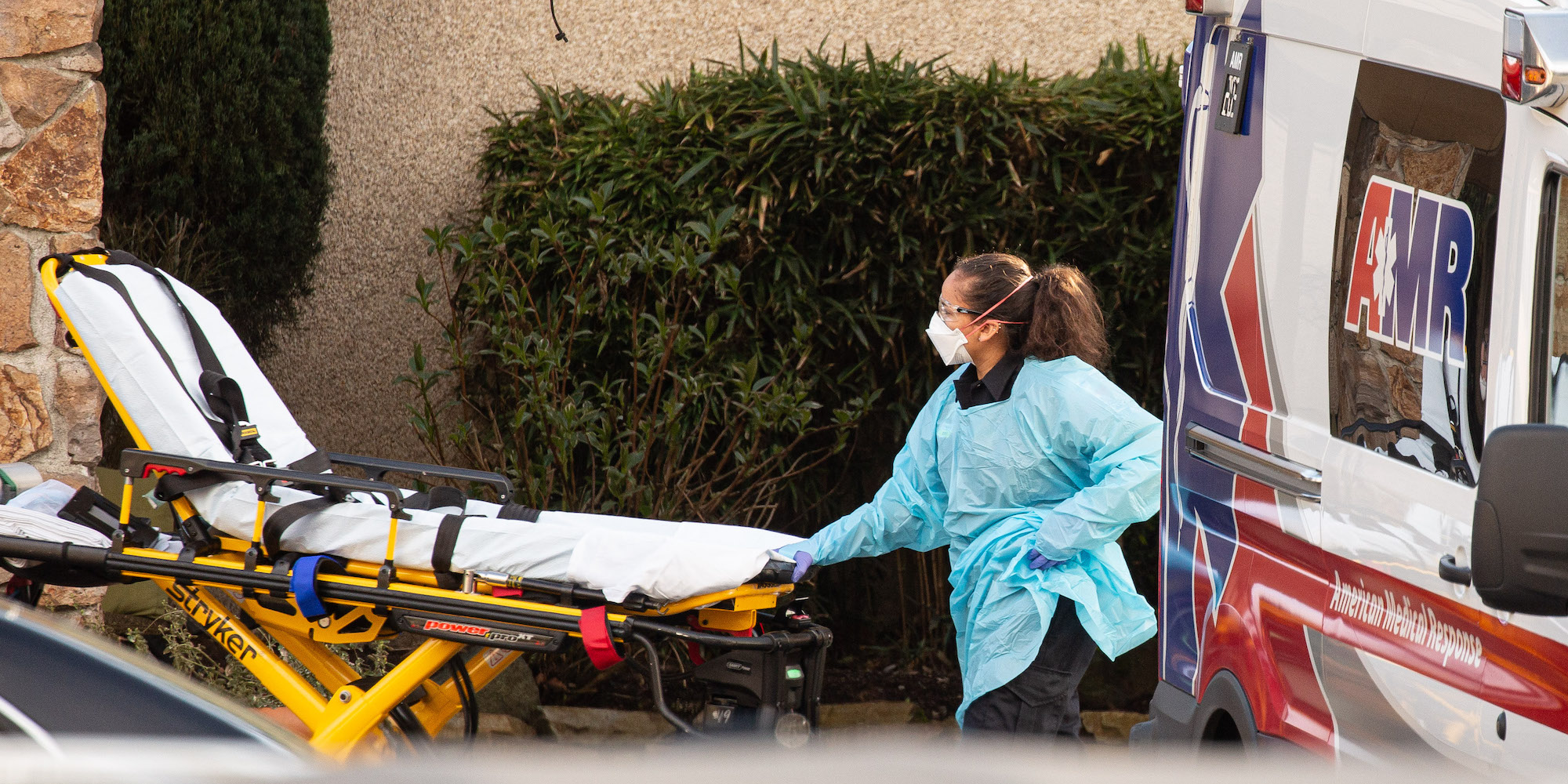 David Ryder/Getty ImagesA healthcare worker preparing to transport a patient on a stretcher into an ambulance at Life Care Centre of Kirkland on February 29 in Kirkland, Washington.

Lawmakers argued this was because black people experienced sickle-cell disease at higher rates than other groups, but many black communities said the laws were racist and argued they were being used as guinea pigs.

Similarly, the case of Henrietta Lacks is a widely touted example of how black people have been mistreated by the US medical community.

In 1951, and without her consent, doctors at Johns Hopkins Hospital secretly took cervical-cancer cells from Lacks, then 31, who had gone to the hospital. They subsequently used them in research that has led to substantial advances in the field. She was never given any compensation and died in 1951.

“I’ve just been conditioned not to trust,” Rahmell Peebles, a gym worker in New York City who is black, told the Associated Press this week.

“If we got to a place where the government says, ‘OK, now it’s time to take a vaccine,’ then I’m definitely going to be sceptical of their intentions.”

Rep. Ayanna Pressley of Massachusetts and four other members of Congress are lobbying the Trump administration to include data based on race in national coronavirus reporting. “Although COVID-19 does not discriminate along racial or ethnic lines, existing racial disparities and inequities in health outcomes and health care access may mean that the nation’s response to preventing and mitigating its harms will not be felt equally in every community,” a March 27 letter to US Health and Human Services Secretary Alex Azar said.

Pressley later told the Associated Press: “We are right to be paranoid and to ask tough questions. History has shown us, when we do not … the consequences are grave, and in fact life and death.”

“A pandemic just magnifies the disparities in healthcare that many communities of colour face,” Dr. Summer Johnson McGee, the dean of the School of Health Sciences at the University of New Haven, told Reuters.