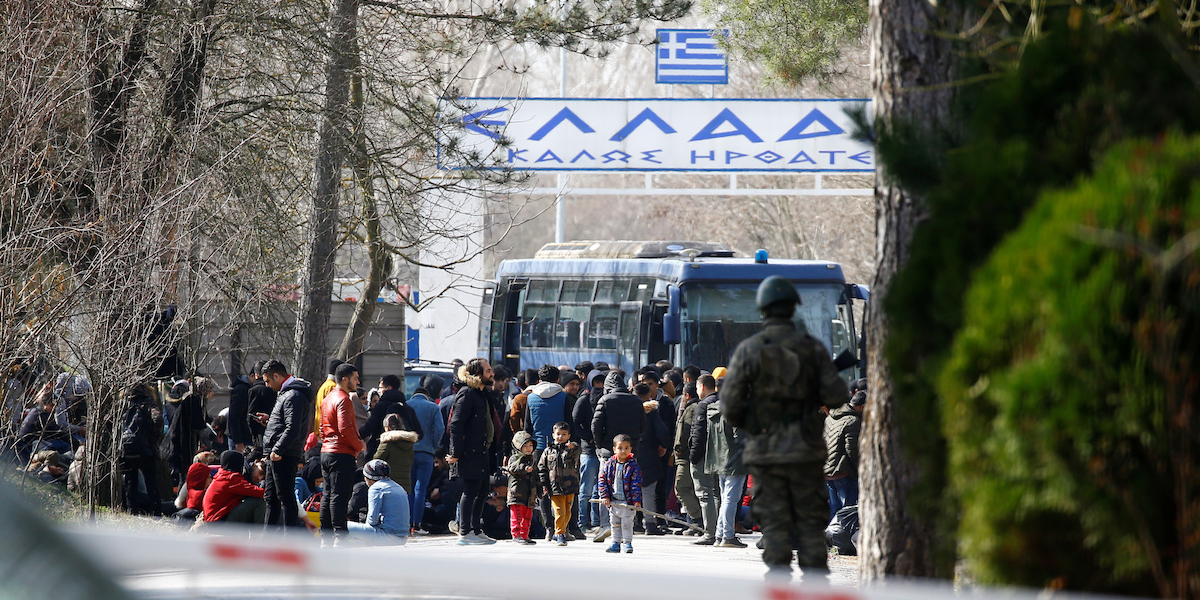 Huseyin Aldemir/ReutersA group of migrants waiting on no man’s land between Turkey and Greece, at Turkey’s Pazarkule border crossing with Greece’s Kastanies on Friday.

Turkey is threatening to allow hundreds of thousands of refugees to depart its borders for Europe after a night of heavy fighting in northern Syria saw dozens of its soldiers killed in a Russian-backed offensive by President Bashar al-Assad’s army.

A three-month offensive by the Syrian regime and its primary backers in Iran and Russia to retake Idlib Province, the last major rebel redoubt, has pushed about a million Syrian refugees to their country’s border with Turkey to escape heavy bombardment and air strikes.

At least 33 Turkish troops were killed overnight in the fighting.Footage released Thursday night by Turkey’s Ministry of Defence showed an extensive air campaign against Syrian armoured units and artillery was underway. 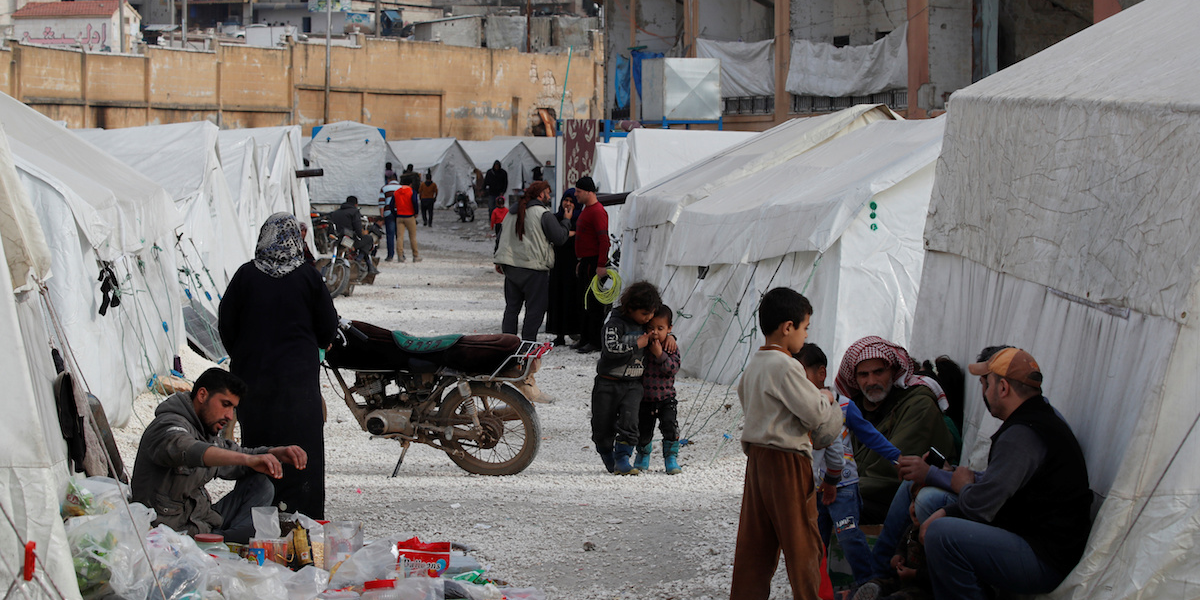 Umit Bektas/ReutersInternally-displaced Syrians at a camp in Idlib, Syria, on Thursday.

But signs on Friday indicated that Turkish officials were relaxing their efforts to prevent refugees from leaving for Bulgaria and Greece via land and sea crossings, with Al Jazeera reporting the two European countries boosting their border patrols.

An unnamed senior Turkish official also told Reuters: “We have decided, effectively immediately, not to stop Syrian refugees from reaching Europe by land or sea.”

Turkish news channels were filled with footage of Syrian refugees walking toward the Greek and Bulgarian borders, as well as buses filled with refugees in Istanbul’s Fatih neighbourhood headed for the port city of Izmir, a key stop on the sea route to Greece and the EU. 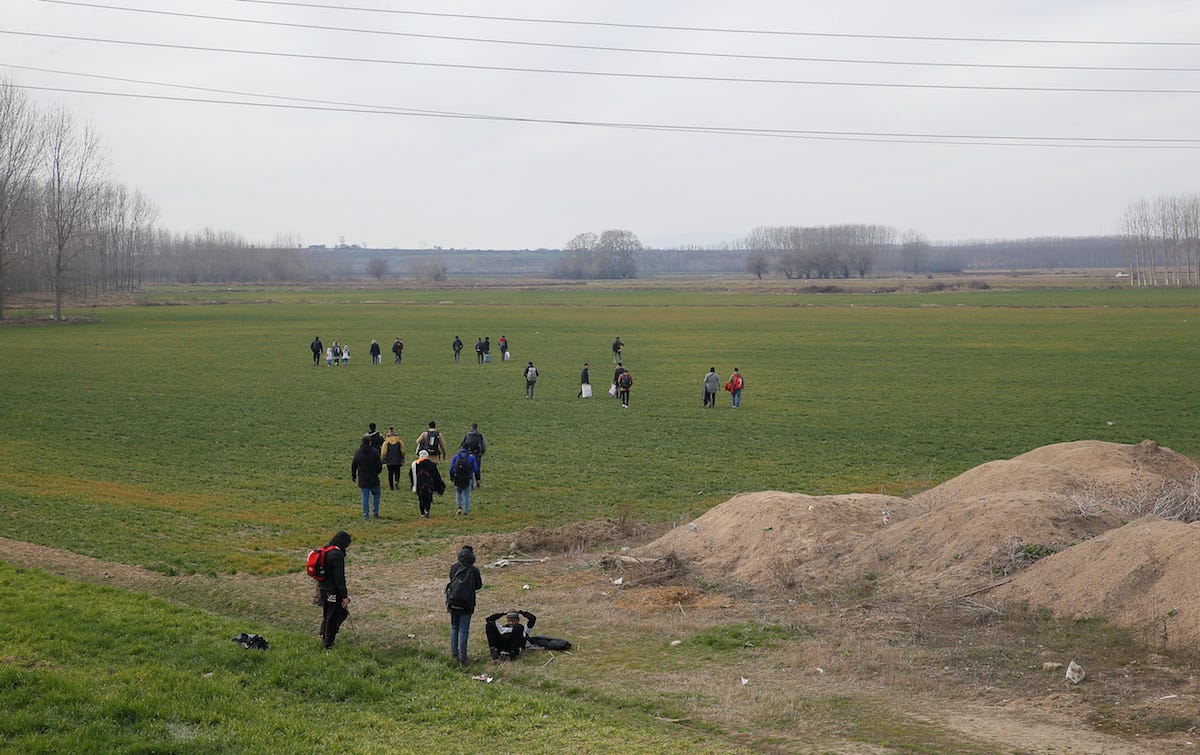 Huseyin Aldemir/ReutersMigrants walk through the Turkish-Greek border near the border city of Edirne, Turkey, on Friday.

In 2015 more than 1.5 million refugees – mostly from Syria, Iraq, Iran and Afghanistan – used Turkey to transit to the EU via both land crossings and small boats toward Greek islands in the Aegean Sea.

Fears that Turkey could allow a repeat of that exodus has sent the EU and NATO into a panic, with both calling upon the Russians and Turks to negotiate a settlement on the Idlib fighting.

Shortly after the unidentified Turkish official commented to Reuters, a Turkish Foreign Ministry spokesman denied any change to its existing policy but did not address the news footage of the refugees on the move. 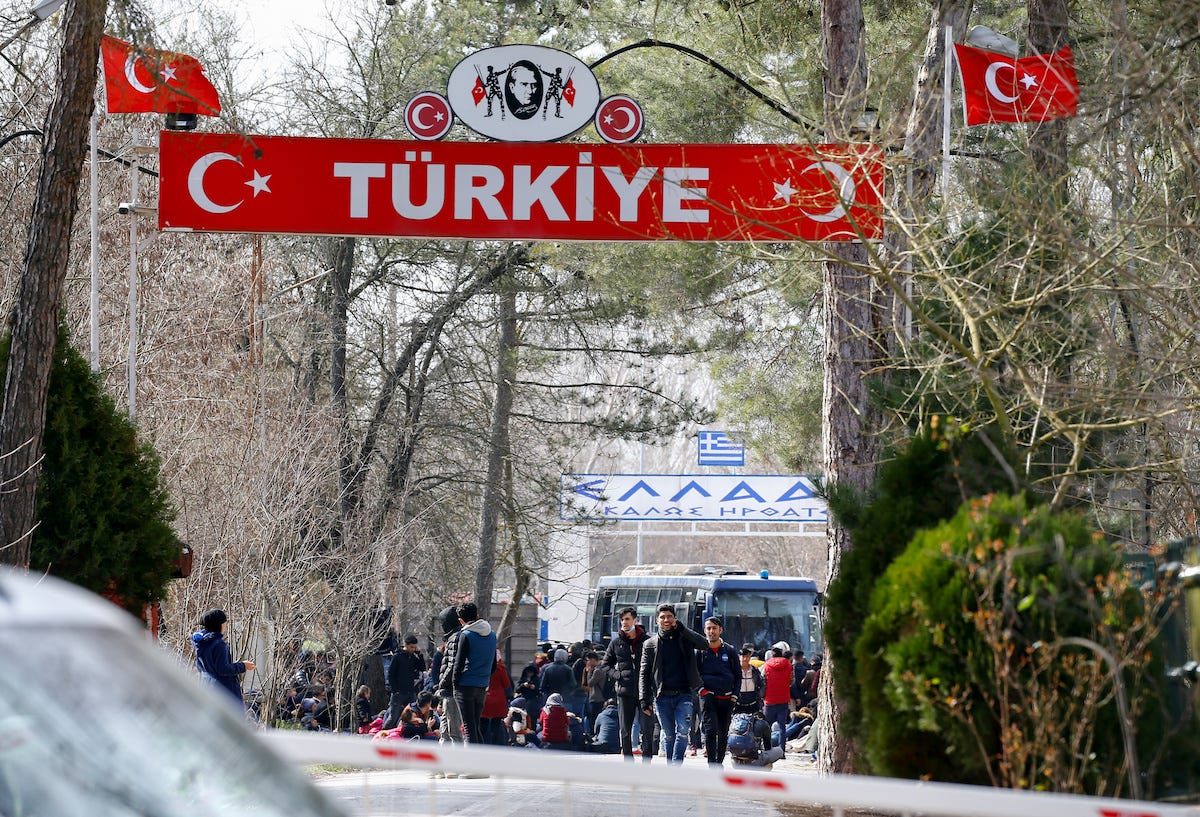 Huseyin Aldemir/ReutersMigrants wait on the Turkish side of no man’s land between Turkey and Greece on Friday.

NATO on Friday convened a meeting at Turkey’s request to consider Article 4 of the NATO charter, which addresses territorial and political threats to members.

“Turkey is the NATO Ally most affected by the terrible conflict in Syria, which has suffered the most terrorist attacks, and which hosts millions of refugees,” said a statement released by NATO after the meeting.

“NATO continues to support Turkey with a range of measures, including by augmenting its air defences, which helps Turkey against the threat of missile attacks from Syria.”

Over the past two weeks, Turkey has poured thousands of troops and armed aligned Syrian militias to prevent the collapse of Idlib region, which has been out of government control for nearly a decade.

Thursday night saw the heaviest fighting of the offensive as an airstrike, allegedly carried out by the Syrian regime, killed at least 33 Turkish soldiers.

That day Syrian rebel forces backed by Turkey retook the critical junction of Saraqeb, which had fallen to regime forces earlier in the month.

Open-source weapons investigators at Calibre Obscura found that the Turkish backed rebels captured at least 11 tanks and huge amounts of weapons and material in the assault.

Thousands of rounds of ammunition of various types, APFSDS and HE-FRAG shells (Unsure what for- 100mm/115mm/125mm for regime tanks seems likely), ~20 RPG-7VM or PG-9V ish still in packaging