Turkey is now basically at war with Syria, thanks to Russian bombing that is driving 1 million refugees toward Europe 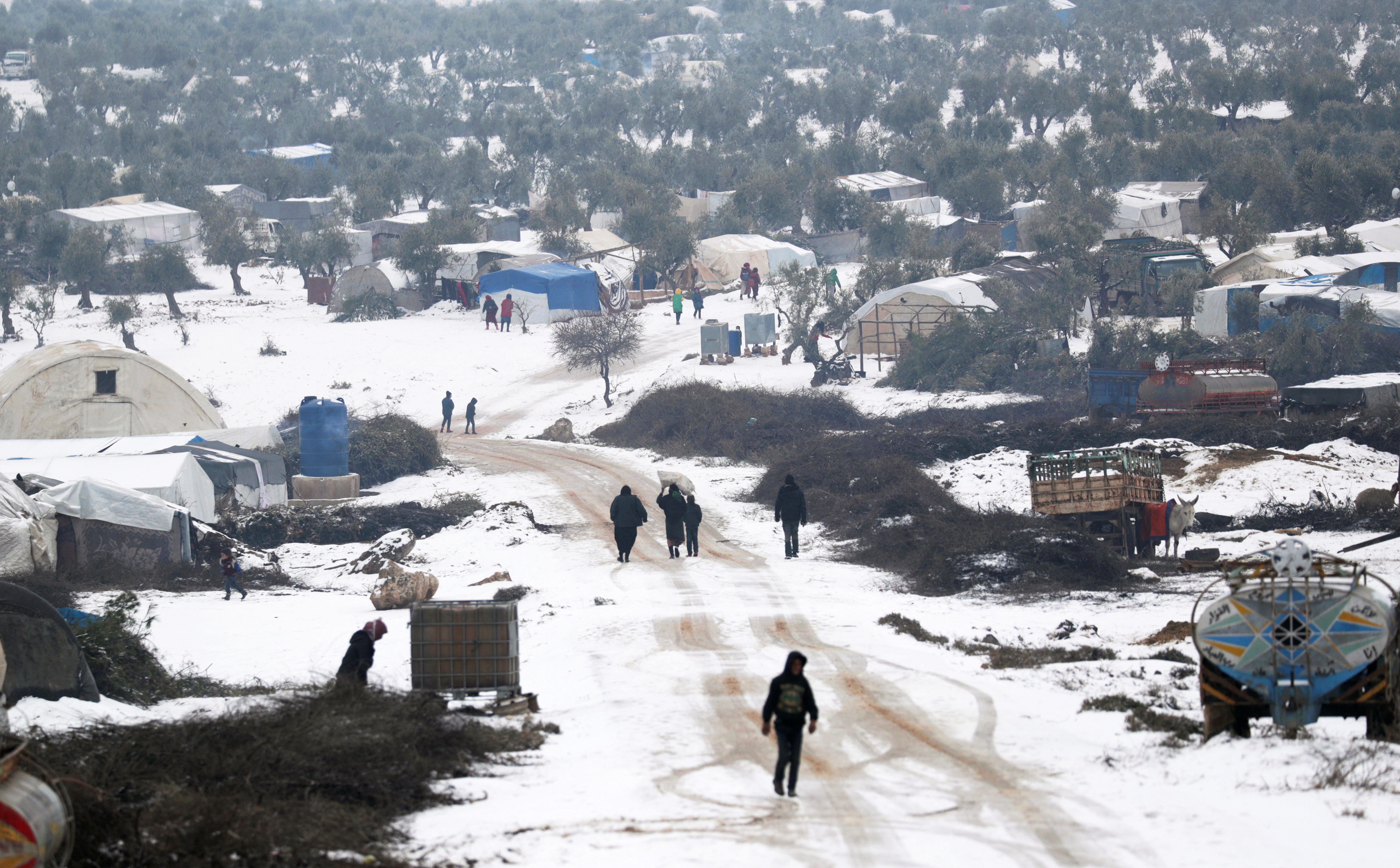 Bombing by the Russian air force has tipped the scales against the Turkish military in their confrontation over the Idlib province of northern Syria.

Until recently, Idlib provided some safety for millions of Syrians seeking refuge from the government of Syrian President Bashar Assad, who is supported by Russia.

Assad has repeatedly massacred civilians in his struggle to control all of Syria, including the rebel-held territories near Syria’s border with southern Turkey.

But in the past few days, Turkish troops – who had been providing some stability in Idlib – were quickly surrounded or overrun by bombing and shelling from the Syrian army and its Russian “advisers.” 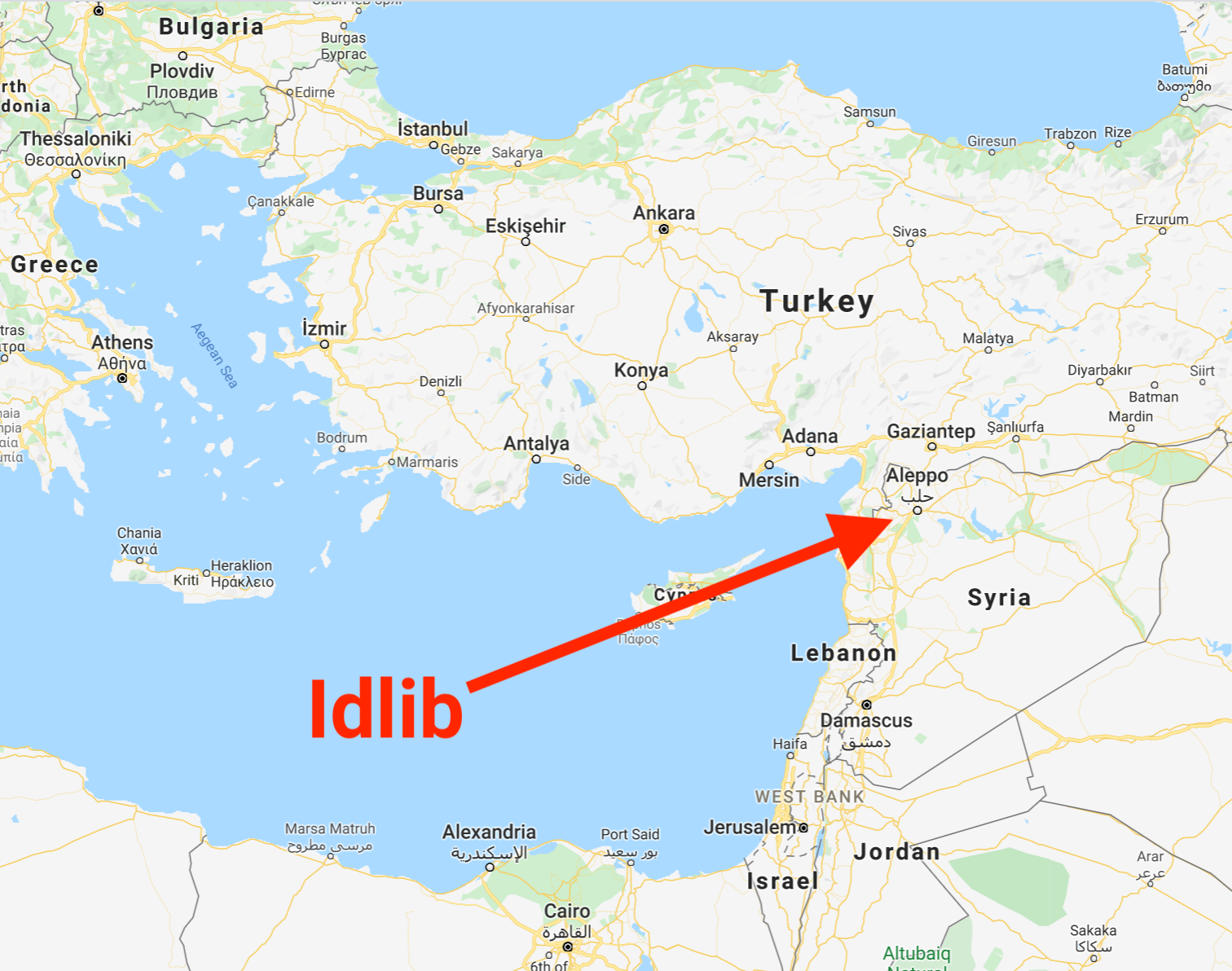 With pro-Syrian troops moving into the Idlib area, more than 832,000 refugees have migrated north toward Turkey. The fighting threatens to send 1 million or more refugees – mostly women and children – into Turkey, which has already taken in nearly 4 million civilians since the Syrian civil war began in 2011.

The refugees have been seen in huge numbers every day for weeks in enormous traffic jams, trapped between the Russian-backed Syrian military behind them and the Turkish border in front.

Virtually homeless and stranded in freezing temperatures, the refugees are reliant on food aid from charities. If babies go to sleep at night, while their parents are camped in the open, they risk dying of hypothermia, according to CNN.

The UN’s humanitarian chief, Mark Lowcock, said on Tuesday that the situation risked creating the worst refugee crisis of the 21st century. As many as 3 million people are caught in the ever-shrinking rebel zone near the Turkish border. It has been continually bombarded by Syrian and Russian forces for years.

Two weeks ago, Syria retook the rebel-held highway crossroads at Saraqib, near Idlib, that links the capital Damascus with Syria’s largest city, Aleppo. That victory gave Syrian forces a patch of high ground in the hills with good visibility over the Idlib area – perfect for shelling targets. As a result, Russian air attacks and Syrian ground troops, supported by Iran, sent at least 1 million civilians fleeing toward the closed Turkish border.

Turkey, which hosts at least 3 million Syria refugees, has demanded a halt to the offensive.

Yet Russian-backed Syrian troops swarmed past a dozen Turkish military observation posts along Idlib’s border with the rest of Syria.

Turkey needs the Idlib province to remain a safe and stable area for refugees to stay so they don’t attempt to migrate across the border. The Turks have poured in hundreds of military vehicles and regular ground troops and engaged in repeated artillery exchanges with the Syrians, killing dozens of soldiers on both sides, to defend Idlib from the Syrian incursion.

But Assad’s offensive has continued.

Turkey has repeatedly warned Europe that a collapse of the Idlib “pocket” – and the ensuing flow of refugees that is certain to follow – would force a repeat of the 2015 refugee crisis. In 2015, at least 1.5 million refugees poured into central and northern Europe, mostly via Greece, after arriving from Turkey by boat.

The crisis may be even worse than that, because the refugees previously taken in by Turkey arrived over a period of time. And once inside the Turkish border, they did not attract the attention of the Syrian military.

After nearly a decade, Turkey’s ability to continue housing such numbers is limited, and a further influx would most likely involve another mass migration, Turkish President Recep Tayyip Erdogan has warned.

On Tuesday at a conference for his political party’s membership, Erdogan warned that a Turkish offensive to relieve pressure on the pocket – heating up what amounts to an undeclared war against Syria – was “only a matter of time.”