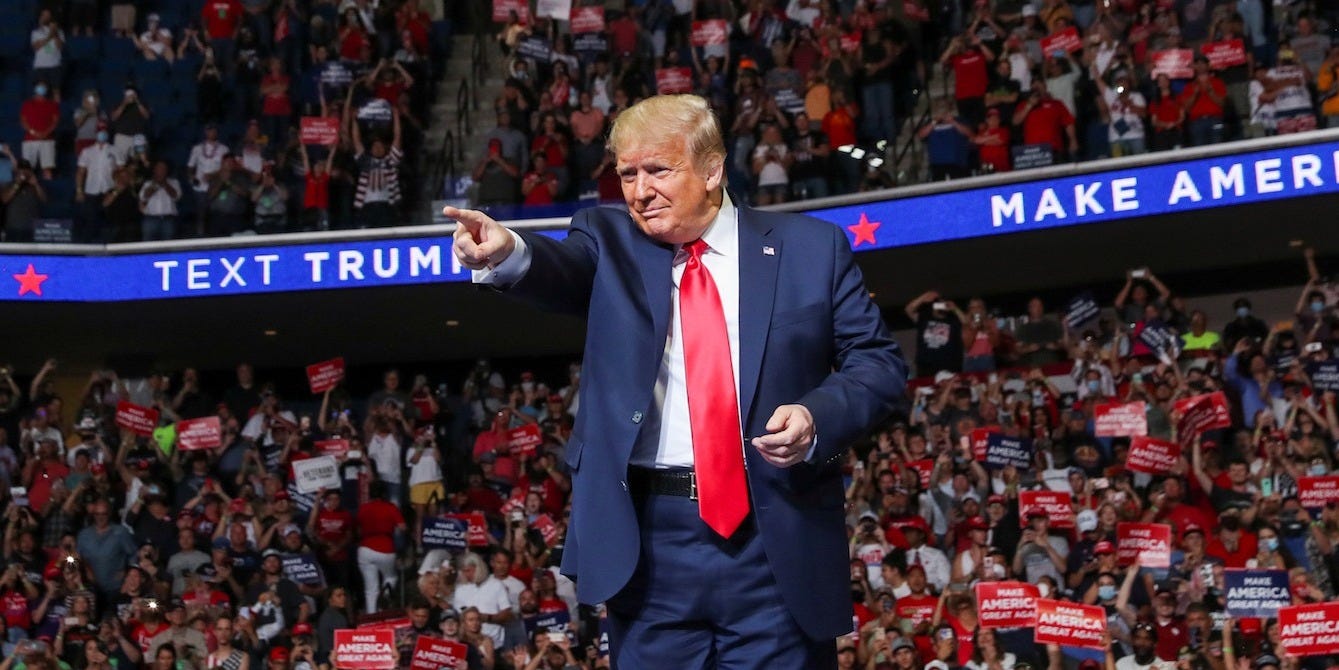 President Donald Trump told supporters at his campaign rally on Saturday night that he ordered a slowdown in coronavirus testing as a way of controlling the number of cases.

The president also called testing “a double-edged sword” and repeated the racist term “Kung Flu” to refer to the novel coronavirus. He defended his use of the term by arguing that it was “one of 19 or 20” names people commonly used to describe the COVID-19 virus.

Trump also accused what he called the “radical fake news” media of not giving him credit for doing what he called “a phenomenal job” in responding to the coronavirus pandemic.

“He was obviously kidding,” the official said. “We are leading the world in testing and have conducted 25 million + in testing.”

In response to the president’s comments, Democratic Sen. Mark Warner of Virginia tweeted: “119,000 people are dead, and the President doesn’t care how many more people get sick, as long he doesn’t have to take responsibility for it.”

Democratic Rep. Raja Krishnamoorthi, a member of the House oversight committee, also condemned the comments, tweeting: “Congress will be pursuing answers on this because the American people deserve to know if their president sabotaged efforts to detect and contain COVID-19 because he didn’t like the results. The result he needs to focus on is the lives we can save.”

On Sunday, House Speaker Nancy Pelosi also responded to the president’s comment, writing in a statement that Trump was “ethically unfit and intellectually unprepared to lead.”

“The president’s efforts to slow down desperately needed testing to hide the true extent of the virus mean more Americans will lose their lives,” Pelosi added.

The US has recorded nearly 2.3 million cases and almost 120,000 deaths, according to data from Johns Hopkins University. Trump’s speech comes as cases across the country have continued to rise, with several states seeing record daily increases this week.

The Tulsa rally, which was Trump’s first campaign rally since the virus was declared a pandemic in March, went ahead despite several warnings from healthcare experts that it could become a so-called super-spreading event.

The turnout Saturday night was a lot smaller than expected, with many of the 19,000 seats in the arena left unoccupied. Hours before the rally was due to start, Trump’s campaign announced six members of its team had tested positive for the COVID-19.

While face coverings were handed out at the event, only a handful of attendees wore masks inside the arena.