A city in Oklahoma painted its landmark 75-foot statue to look like Elon Musk in a bid for his next factory. Take a look at the before and after photos. 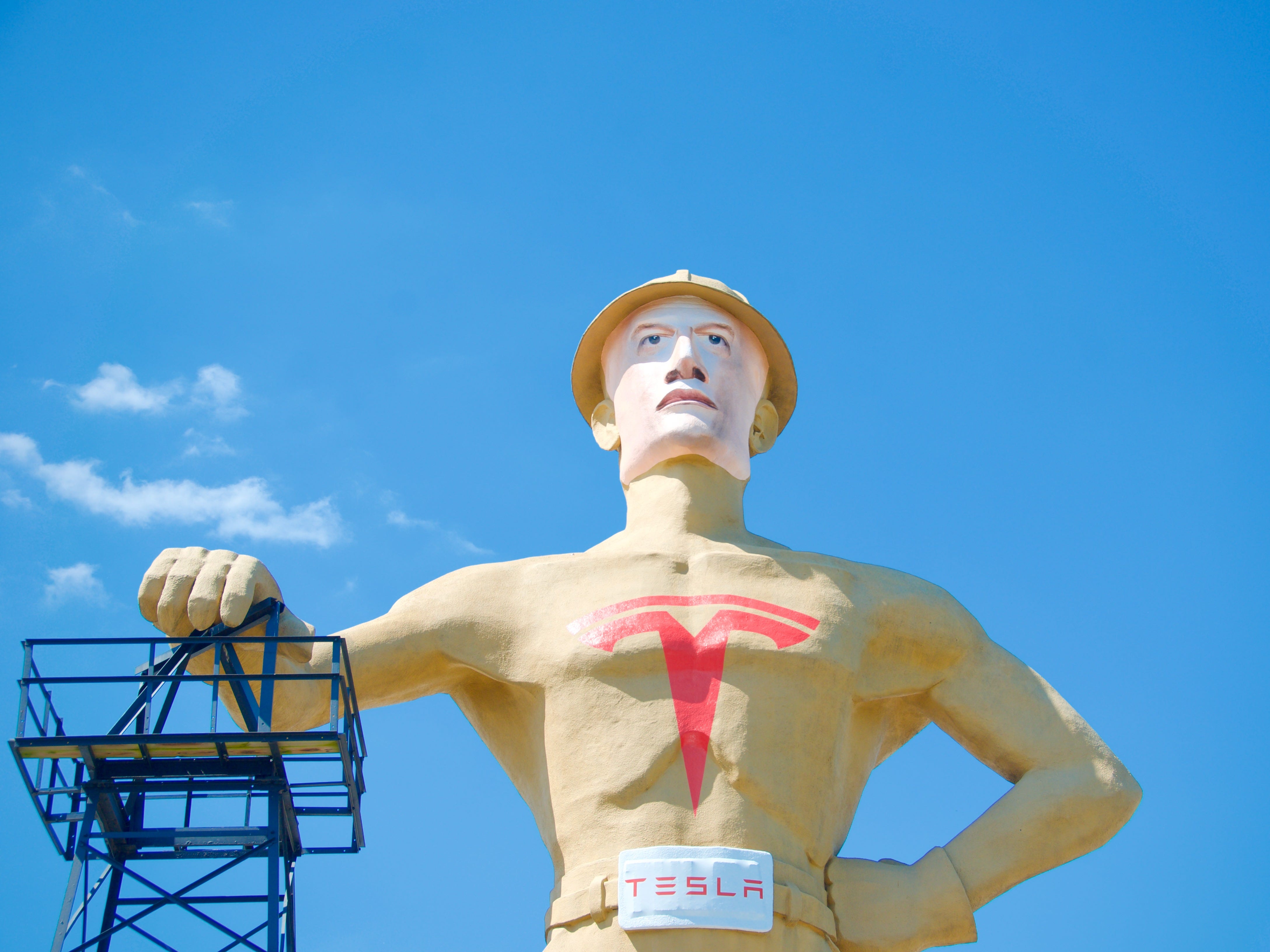 City of TulsaTulsa repainted its Golden Driller statue to look like Elon Musk.

The city of Tulsa, Oklahoma gave its landmark Golden Driller statue a makeover to look like Elon Musk in a bid for Tesla’s next factory.

The 75-foot tall statue originally erected as a tribute to the city’s drilling history was transformed to look like Musk, complete with a new face, Tesla logo, and a Tesla beltbuckle, where “Tulsa” used to be. 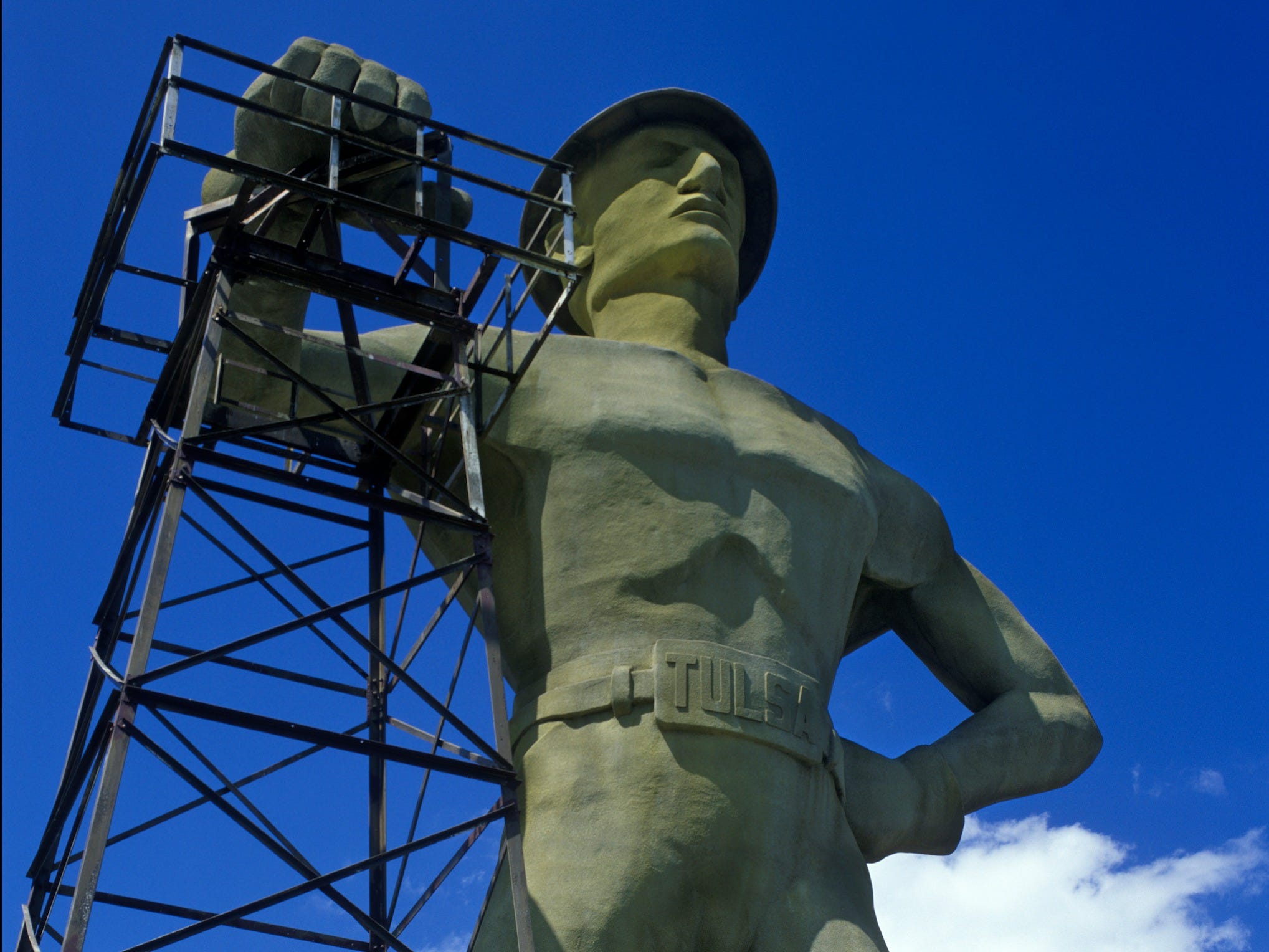 Tulsa is on the short list for Tesla’s next factory, along with Austin, Texas, the Associated Press reported. Tesla executives have visited the city and toured two sites, according to the AP.

The city’s mayor, GT Bynum, said in a tweet about the statue that “Tulsa is a city that doesn’t stifle entrepreneurs – we revere them!”

Bynum rolled up to the unveiling of the statue in a black Tesla, according to the Tulsa World paper. 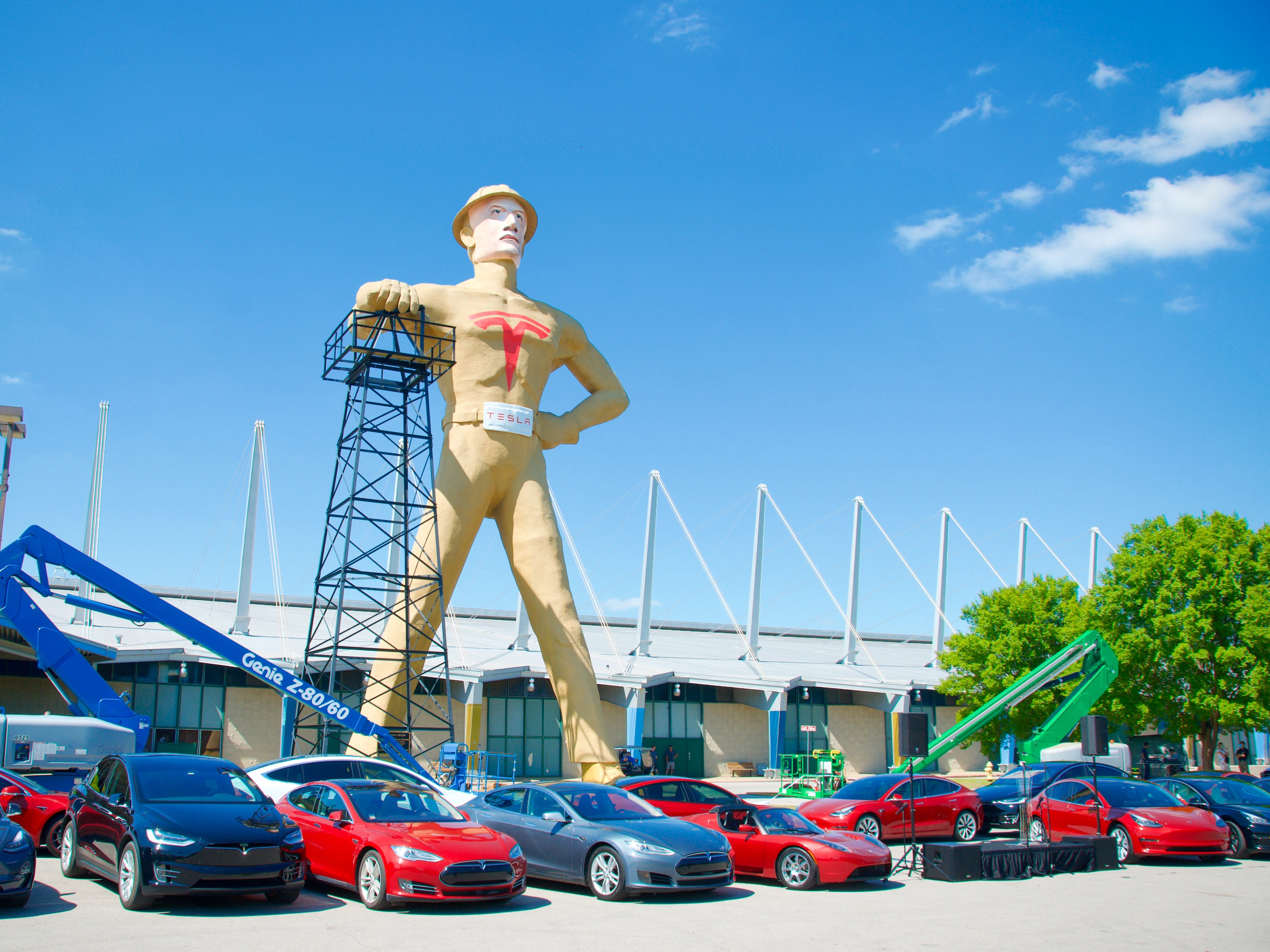 City of TulsaTeslas lined up in front of the statue in Tulsa for the unveiling.

“It is clear that Tesla and Tulsa were forged in the same spirit,” Bynum said in a statement to Business Insider. “Both founded by pioneers who dreamt big and made it happen. Both trying to change the world with a new kind of energy.”

The mayor said in a tweet that “If @Tesla and #Tulsa team up to change the world, it would only be right to #BuyLocal” sharing a photo of a Tesla Cybertruck in police car outfitting.

If @Tesla and #Tulsa team up to change the world, it would only be right to #BuyLocal. #cybertruck @elonmusk pic.twitter.com/cQJ5baF1iN

Tesla recently was embroiled in a tiff with local officials in California, where its factory was closed because of the coronavirus. Tesla sued Alameda County over the closure, but has since withdrawn its lawsuit.