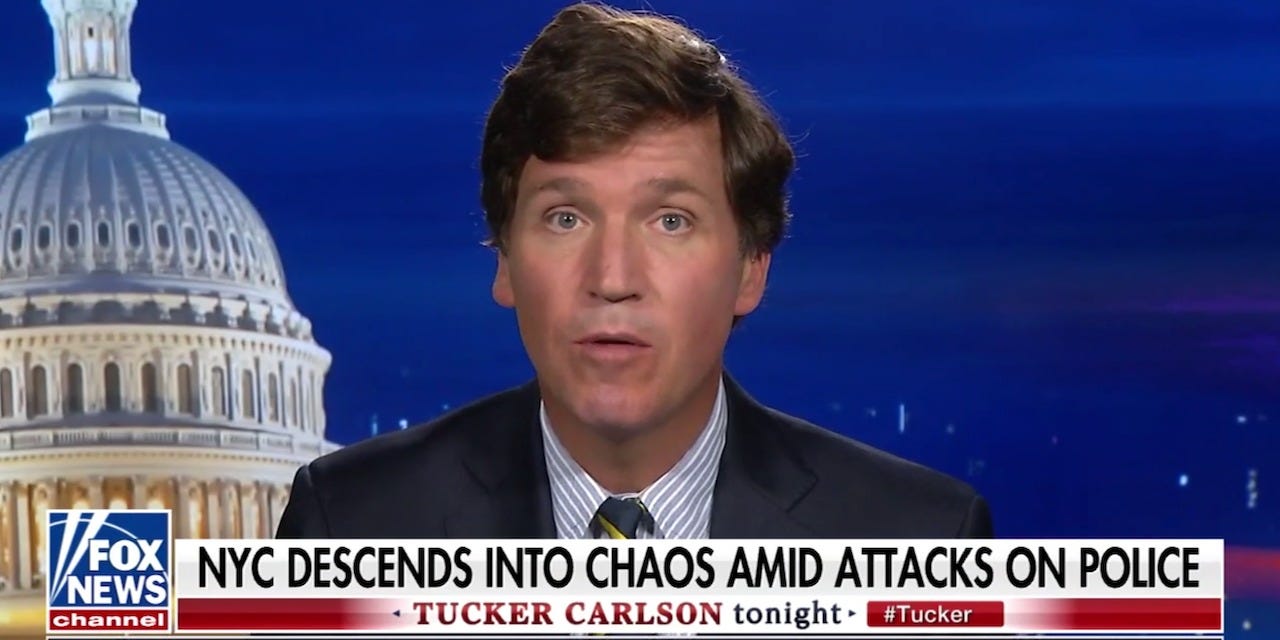 Tucker Carlson, the Fox News prime-time opinion host, called racist and sexist posts secretly written for years by his former head writer “wrong” before condemning the “self-righteousness” of his critics.

Carlson made his first public statement Monday night about the recent resignation of his former head writer, Blake Neff, who was exposed Friday in a CNN Business report for anonymously writing racist, sexist, and homophobic posts for years on an online forum.

The most watched US cable-news host said his former writer was “horrified” and “ashamed” by “the reporting” about his online writing, adding that the sentiments Neff expressed online had “no connection” to the Fox News show, which Neff has said he was central in creating each night.

“We want to say a couple of things about this: First, what Blake wrote anonymously was wrong – we don’t endorse those words, they have no connection to the show,” Carlson said. “It is wrong to attack people for qualities they cannot control. In this country, we judge people for what they do, not how they were born. We often say that because we mean it. We’ll continue to defend that principle, often alone among national news programs, because it is essential. Nothing is more important.”

He added: “Blake fell short of that standard, and he’s paid a very heavy price for it.”

But Carlson then launched into an attack on those who had condemned Neff’s offensive posts, calling those critics “ghouls” who were “committing the gravest sin of all” by pretending they “are holy.”

“We should also point out that the ghouls now beating their chests in triumph at the destruction of a young man that self-righteousness also has its costs,” Carlson said. “We are human. When we pretend that we are holy, we are lying. When we pose as blameless in order to hurt other people, we are committing the gravest sin of all and we will be punished for it, there’s no question.”

Neff, who joined Carlson’s show in January 2017, recently told the Dartmouth Alumni Magazine of Carlson: “Anything he’s reading off the teleprompter, the first draft was written by me.”

Fox News executives released a memo Saturday condemning Neff’s “horrendous and deeply offensive” posts, which they said they didn’t know about until Friday.

Here's how @TuckerCarlson addressed his former top writer Blake Neff's resignation for having secretly posted racist and sexist material on an online message board. pic.twitter.com/Kle9kkNygx