GOP Sen. Tommy Tuberville doubled down on Capitol riot timeline, saying he told Trump that Pence had been evacuated from the Senate chamber 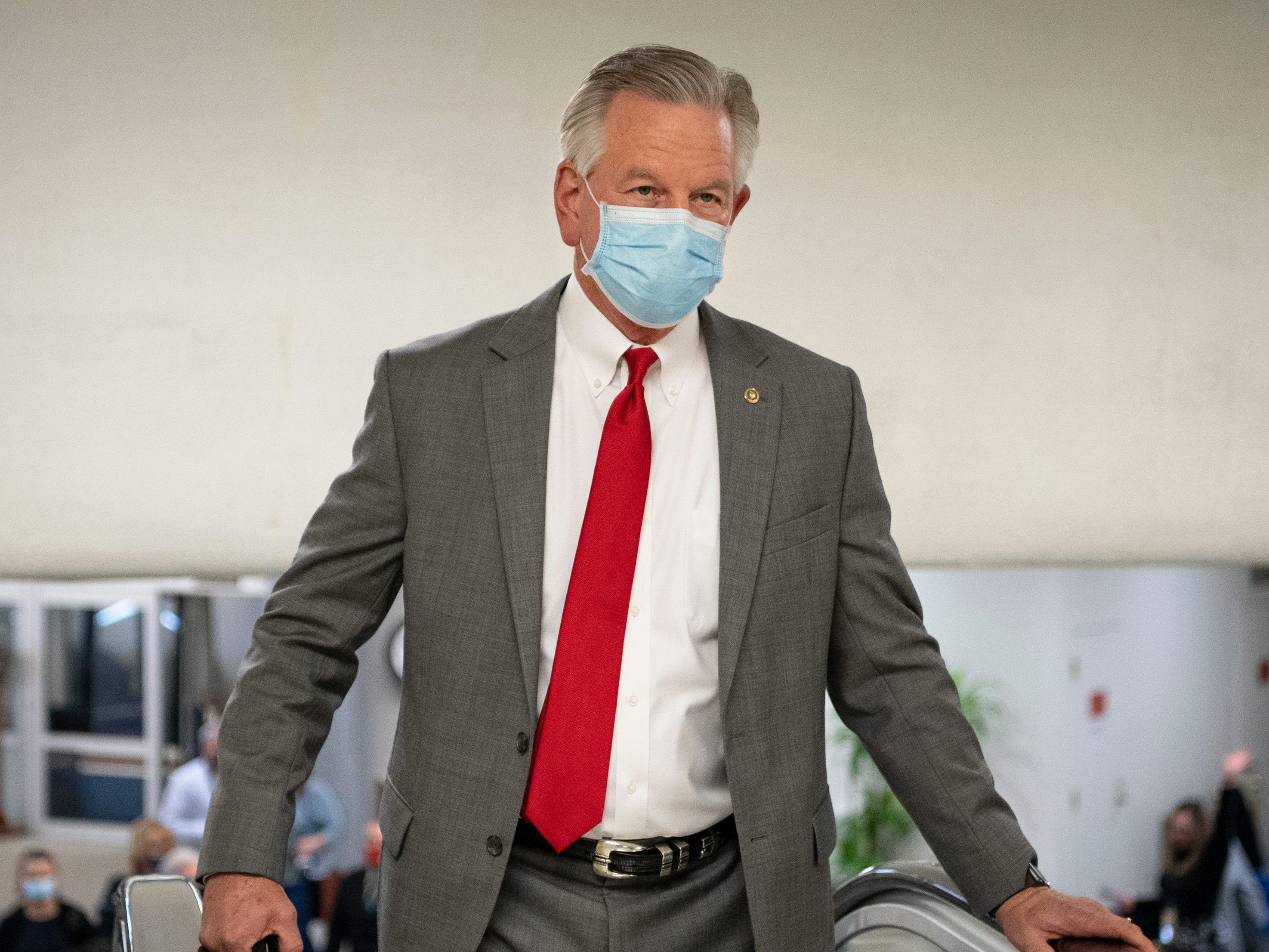 Republican Sen. Tommy Tuberville on Friday repeated his assertion that he informed President Donald Trump of Vice President Mike Pence’s evacuation from the Senate during the Capitol siege. Trump’s team had cast doubt on the claim during their defence.

“I said: Mr. President, they have taken the vice president out. They want me to get off the phone, I gotta go,” Tuberville said, according to CNN and other accounts. Tuberville also said he was “probably the only guy in the world” to hang up on the president.

The phone call, and the timeline, have come under scrutiny during Trump’s impeachment trial, as senators question if Trump knew Pence was in danger from the violent mob when he sent out a tweet attacking the vice president.

“Mike Pence didn’t have the courage to do what should have been done to protect our Country and our Constitution,” Trump tweeted at 2:24 p.m. on January 6, as a mob of his supporters closed in on the Senate chamber. Pence was evacuated at 2:13 p.m. local time.

Tuberville first revealed Wednesday evening he had informed Trump of Pence’s evacuation. The president had called the Alabama senator to encourage him to protest the certification of the election, according to multiple reports.

Trump had actually dialed Sen. Mike Lee, who passed his cell phone along to Tuberville. Lee’s office said Friday he received the call from Trump at 2:26 p.m., or two minutes after Trump’s tweet, the Washington Post reported.

GOP Sen. Bill Cassidy of Louisiana asked Trump’s lawyers and the impeachment managers specifically about the tweet during the questioning portion of the trial Friday.

Following the exchange, reporters questioned Tuberville about the phone call, prompting him to reiterate his version of the events.

Some lawmakers were also dissatisfied with the response of Trump’s lawyers.

Sen. Elizabeth Warren told reporters she did not think the response was adequate and that the question was important, but “Donald Trump’s lawyers simply, once again, tried to distract, look another way, and take attention away from the underlying question about what the evidence showed that Donald Trump knew and when he knew it.”

Independent Sen. Angus King told also reporters he thought the question was important and that the response of Trump’s lawyers was insufficient.