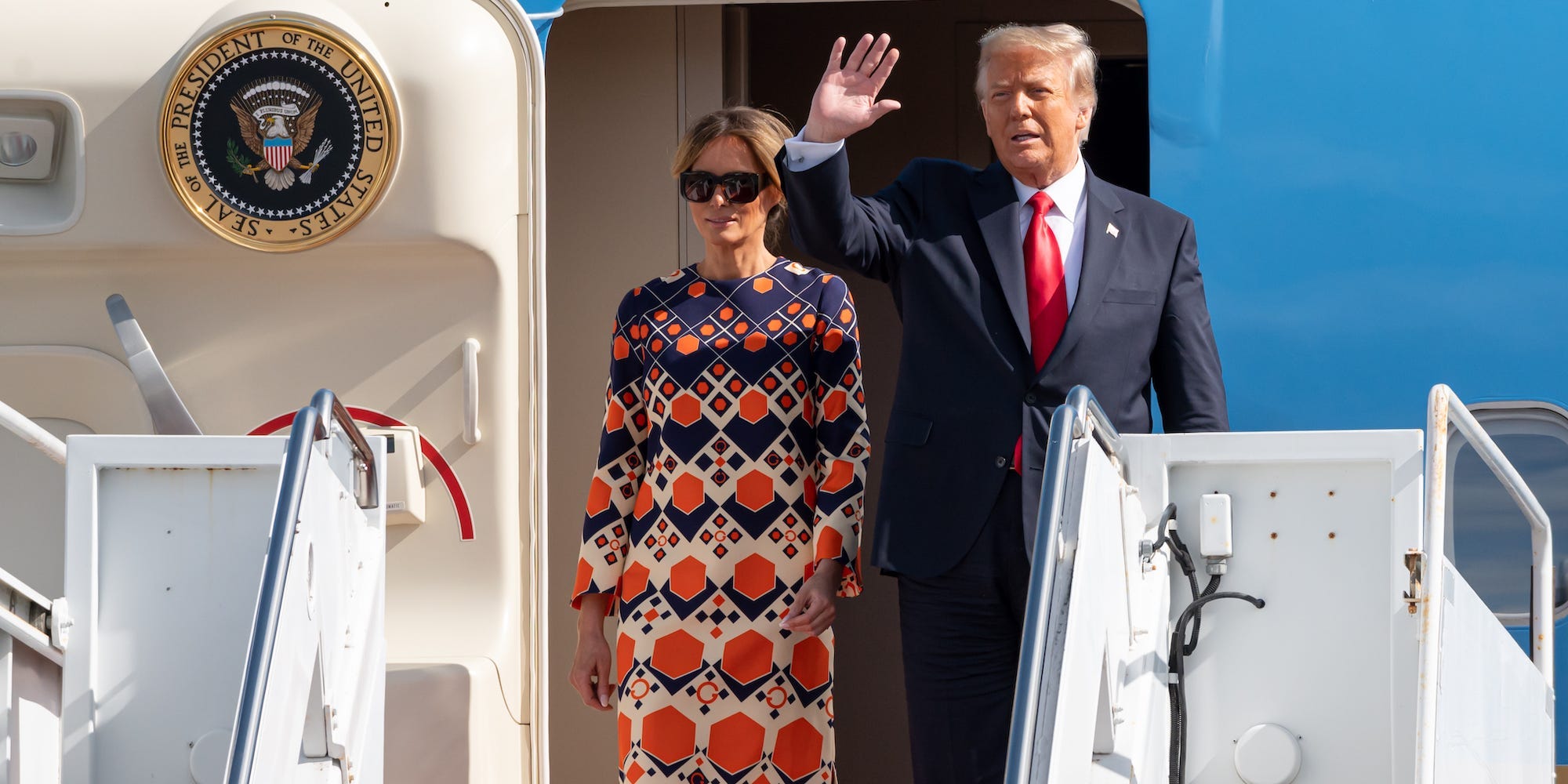 Noam Galai/GettyPresident Donald Trump arriving in Florida on January 20 after leaving Washington, DC, for the last time as a sitting president.

Former President Donald Trump’s Mar-a-Lago resort in Palm Beach, Florida, raked in $15,846 in US taxpayer money by charging the Secret Service $396 a night for hotel rooms during a Christmas trip, The Washington Post reported on Monday.

The rooms cost almost double the limit of $205 a night under federal rules, which the White House can override. Trump stayed at Mar-a-Lago for eight days last December as he golfed and aggressively fought to overturn the result of the election.

As president, Trump spent 142 days at his gilded Florida property, which he dubbed the “Winter White House.” He hosted foreign heads of state while surrounded by club members, ordered a controversial strike from the resort, and played many rounds of golf with political allies. (He played golf at Trump International Golf Club in West Palm Beach about 87 times, The Post reported.)

Trump’s 32 trips to Palm Beach – among the many other visits to Trump-owned properties over his four years in office – cost taxpayers a pretty penny. And that was after Trump told supporters on the campaign trail that, if elected, he wouldn’t have time to play golf and likely wouldn’t visit his own properties. As of October, Trump’s properties had received $2.5 million from American taxpayers and $5.6 million from the president’s campaign and fundraising group, according to The Post.

In the early days of Trump’s presidency, Mar-a-Lago charged the government $546 a night for hotel rooms for Trump’s staffers. The resort later partially reimbursed the government and began charging $396.