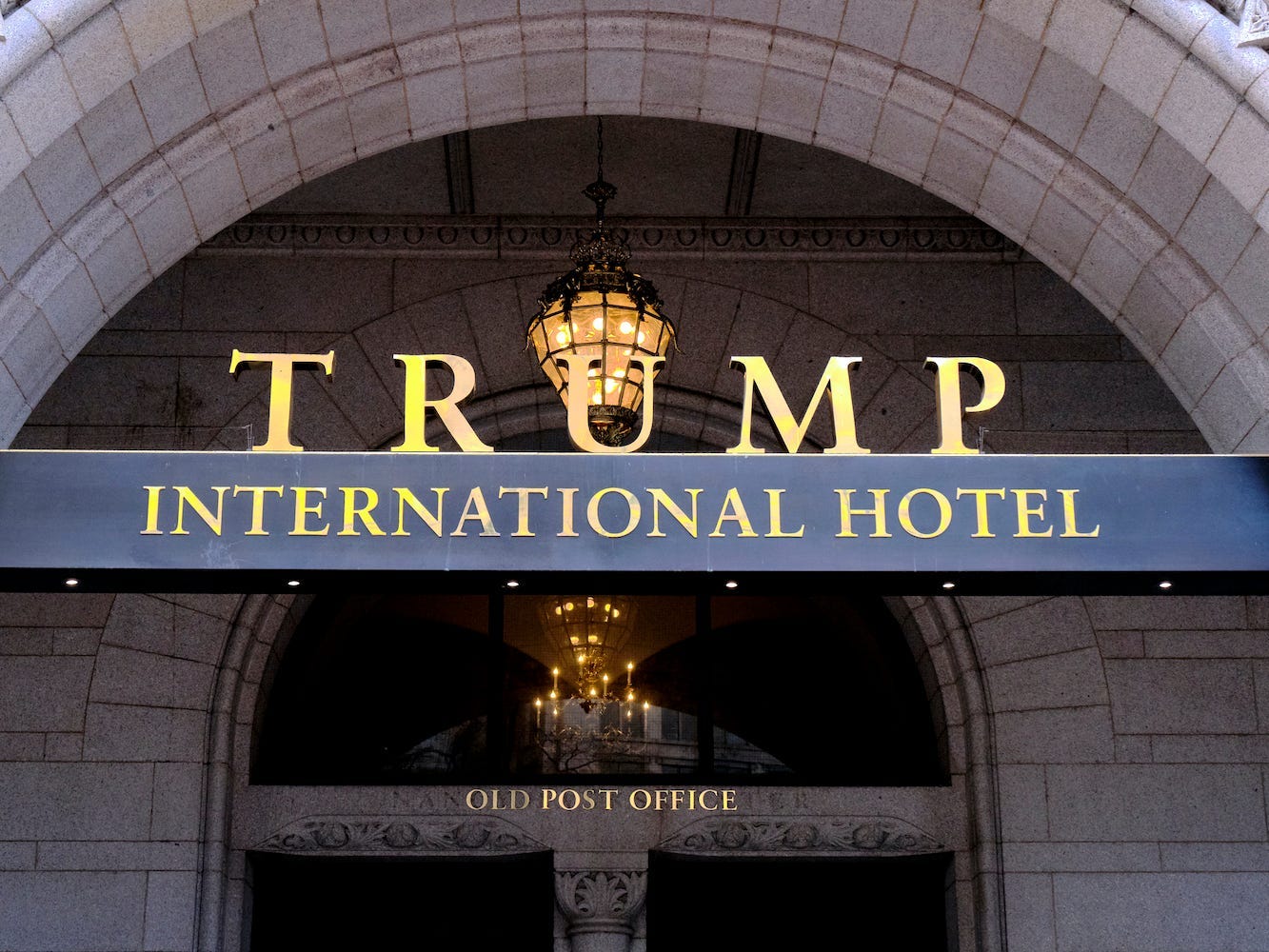 QAnon’s most dedicated followers still believe that former President Donald Trump, who lost the 2020 presidential election, is yet to be sworn in.

March 4, 2021 is a day they have marked in their diaries, insisting that is the date when Trump will be inaugurated in Washington, DC, and, ultimately, return to power.

Coincidentally, Trump International Hotel in Washington, DC is hiking up the prices of suites around that period. The hotel, just blocks away from the White House, has almost tripled the rates for some rooms on the nights of March 3 and 4, according to Forbes.

The reason why QAnon supporters place so much importance on March 4 is rooted in the bizarre beliefs of the ‘sovereign citizen movement.’

It believes that Americans are not subject to a variety of federal laws. The basis for this is that a law, enacted in 1871, secretly turned the US into a corporation rather than a nation.

Consequently, they view every president inaugurated since as illegitimate. Members of the sovereign citizen movement believe that former President Ulysses S. Grant was the last legitimate president.

Grant, like other presidents in the 19th century, was inaugurated on March 4. The sovereign citizen movement believes that the republic will be restored and Trump will become the US’s 19th president on March 4, 2021.

This fantasy has gained traction with the hardcore of QAnon adherents attempting to make sense of President Joe Biden’s recent inauguration, according to Vice.

March 4 appears to have become a marketing opportunity for Trump’s DC hotel.

The normal rate for a deluxe king in March would usually run between $US476 and $US596, according to Forbes. This year, the same type of room is priced has almost tripled. On March 3 and 4, the magazine reported that the room is going for $US1,331 per night.

The price hike is exclusive to the Trump International Hotel, according to Zach Everson in his 1100 Pennsylvania newsletter.

Other luxury hotels in the White House’s vicinity appear to have standard rates for the nights of March 3 and 4, Everson said.

Trump International Hotel did not immediately respond to Insider’s request for comment for this story.

This would not be the first time that a Trump hotel had raised its rates to coincide with a political event.

On January 5 and 6, Trump International raised its rates significantly. The cheapest room available was $US8,000 on the night of the deadly insurrection, according to Forbes’ reporter Suzanne Rowan Kelleher.

On January 7, the hotel’s managing director shared that the Capitol siege’s week was one of “record-breaking” numbers.