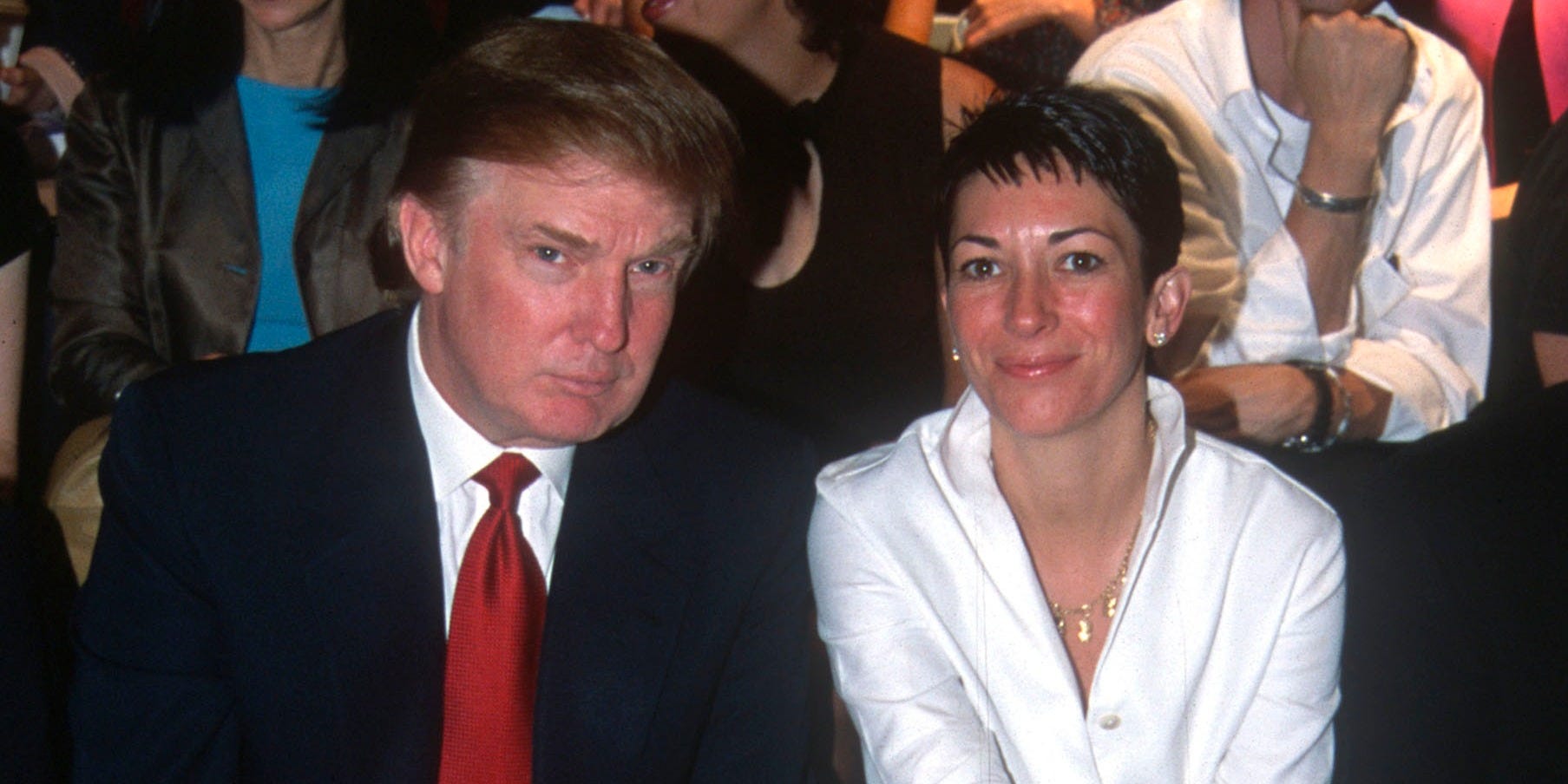 President Donald Trump sent another round of well-wishes to Ghislaine Maxwell, the Jeffrey Epstein associate who is awaiting trial on sex-trafficking charges. She has pleaded not guilty.

In an interview on Monday, Axios’ Jonathan Swan asked the president about his comments last month about Maxwell and “why would you wish such a person well.”

“First of all, I don’t know that,” Trump replied, referring to the charges for which Maxwell awaits trial, “but I do know that her friend or boyfriend was either killed or committed suicide in jail.”

“She’s now in jail, so yeah, I wish her well,” the president continued. “I would wish you well. I would wish a lot of people well. Good luck. Let them prove somebody was guilty.”

He went on to stoke conspiracy theories over the cause of death of the disgraced financier Jeffrey Epstein, who killed himself last August while being held in a New York City jail on sex-trafficking charges.

Epstein, who was accused of abusing dozens of girls over decades, was found unresponsive in his cell after earlier being put on suicide watch following an earlier suspected attempt to take his own life at the Metropolitan Correctional Centre. Evidence showed that Epstein’s cause of death was suicide, and Attorney General William Barr also confirmed the assessment.

Conspiracy theories about Epstein’s death have been widespread, however, and an Emerson College poll conducted last August found that only 33% of Americans agreed with the autopsy report and believed his death to be a suicide.

“Her boyfriend died in jail, and people are still trying to figure out how did it happen. Was it suicide, was he killed?” Trump asked, adding, “I’m not looking for anything bad for her. I’m not looking bad for anybody.”

Trump previously expressed well-wishes to Maxwell during a July 21 press conference when a reporter asked for his response to her arrest.

“I just wish her well frankly,” Trump said. “I’ve met her numerous times over the years, especially since I’ve lived in Palm Beach, but I wish her well, whatever it is.”

As Insider’s Haven Orecchio-Egresitz reported, Maxwell was arrested by the FBI in New Hampshire in early July on suspicion of procuring girls for Epstein.

She denies the charges and pleaded not guilty.

Epstein and Maxwell have been connected to the rich and powerful. Maxwell and Epstein at one point ran in the same social circle as Trump, who told New York magazine in 2002: “I’ve known Jeff for 15 years. Terrific guy. He’s a lot of fun to be with. It is even said that he likes beautiful women as much as I do, and many of them are on the younger side.”

The two apparently had a falling out, and Trump later said he was “not a fan” of Epstein.