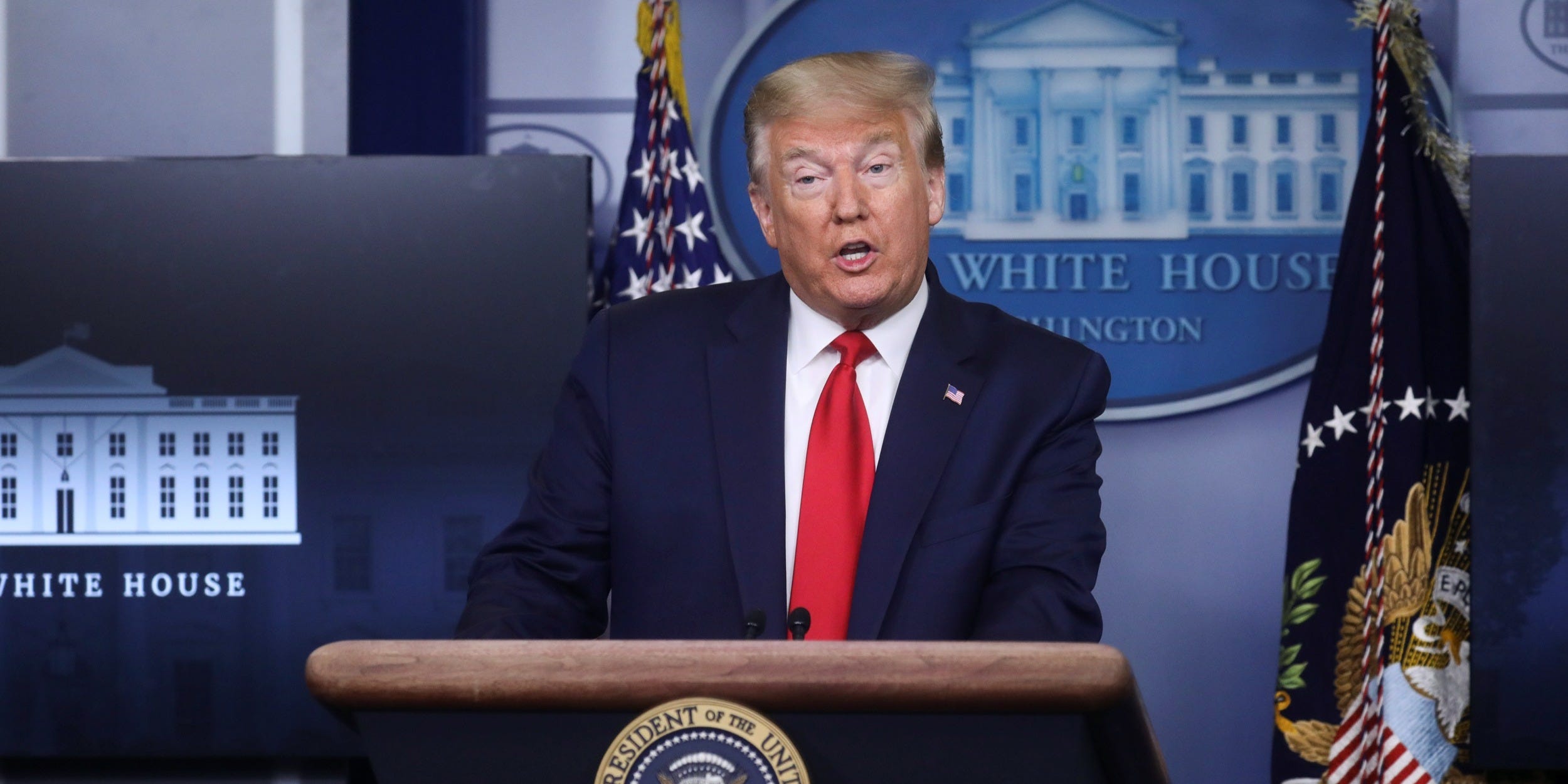 REUTERS/Leah MillisU.S. President Donald Trump makes a statement to reporters about reopening U.S. places of worship by declaring them ‘essential’ in the midst of the coronavirus disease (COVID-19) pandemic, in the Brady Press Briefing Room at the White House in Washington, U.S., May 22, 2020.

President Donald Trump said he will travel to the Kennedy Space Centre in Florida to attend the historic NASA and SpaceX launch next week, local outlet WESH-TV reported.

NASA astronauts Bob Behnken and Doug Hurley are slated to launch inside SpaceX’s new Crew Dragon spaceship atop a Falcon 9 rocket on May 27.

According to Politico, Rep. Michael Waltz of Florida urged Trump to attend. Waltz said Trump was “fired up” after a discussion they had on “the importance of the event to the evolution of the US space program,” Politico reported.

The astronauts will live on the space station for about three months, then return to Earth in a space capsule, and finally parachute into the Atlantic Ocean, Business Insider reported.

On Thursday during an impromptu meeting with the press, Trump also joked about sending reporters into space, The Hill reported.

“I’m thinking about going, that will be next week, to the rocket launch,” Trump said when asked about the launch at a press conference on Thursday. “I hope you’re all going to join me. I’d like to put you in the rocket and get rid of you for a while.”