Trump's White House press secretary invoked the 'Armenian genocide,' but the US government has never officially recognised it and this could anger Turkey 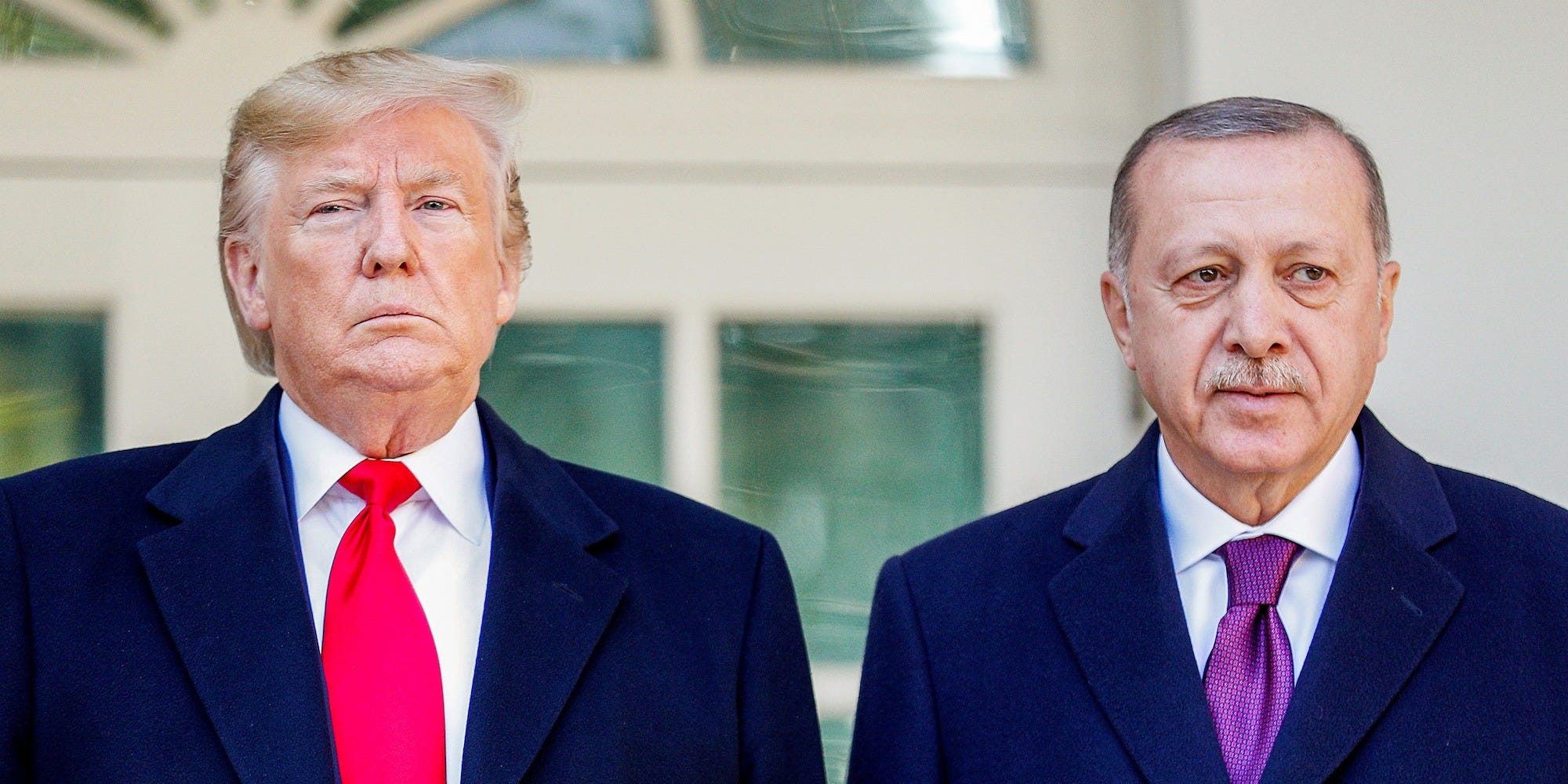 White House press secretary Kayleigh McEnany referenced the Armenian genocide during Monday’s press briefing, in a move that goes against the US government’s official stance and could place President Donald Trump in an awkward position with the Turkish government.

McEnany referenced an “Armenian genocide memorial” as she cited monuments and memorials that have recently been vandalised amid nationwide protests over racism and police brutality. A sculpture honouring victims of the Armenian genocide was vandalised in Denver in May, Denverite reported.

“There seems to be a lack of understanding and historical knowledge when the Armenian Genocide Memorial, remembering victims of all crimes against humanity, including slavery, is vandalised,” McEnany said.

The Trump administration has focused heavily on the desecration of monuments in recent weeks, which has often involved the president defending symbols and memorials to the Confederacy and its leaders.

During today’s the @WhiteHouse Press Conference, while explaining the need for better historical understanding given that historical monuments are being vandalized across the US, Press Secretary @PressSec, invoked the desecration of the Armenian Genocide memorial in Denver, CO. pic.twitter.com/Ob7Ir1C3tb

A State Department spokesperson referred Insider to the White House when asked whether the US now formally recognises the Armenian genocide.

The White House did not immediately respond to a request for comment from Insider regarding whether the administration now recognises the mass killings of Armenians during World War I as genocide.

The Turkish Embassy in Washington, DC, told Insider that the Trump administration’s position on this issue is “well known.”

“We believe that the statement by the Press Secretary was an unfortunate slip of the tongue that carried the issue to a different context. In any case, these expressions cannot be accepted,” the embassy added.

The Turkish Embassy falsely stated the “allegations on the events of 1915 … do not rest on any legal or historical facts.”

“We appreciate that the Administration has taken note that the Armenian Genocide memorial in Denver was vandalised and of the need for a better understanding of historical knowledge,” Bryan Ardouny, the executive director of the Armenian Assembly of America, said in a statement provided to Insider. “This monument, dedicated on the 100th anniversary of the 1915 Armenian Genocide, commemorates the victims of all crimes against humanity.”

The Armenian National Committee of Americasaid that McEnany’s comments on Monday could mark the first steps toward “all-of-government recognition of the Armenian Genocide” in the US.

Armenia has long said 1.5 million Armenians were killed in a genocide by the Ottoman Empire (out of which modern-day Turkey emerged) in 1915 during World War I. Despite eyewitness accounts from survivors and reports of mass graves from diplomats who watched and documented the mass slaughter firsthand, Turkey denies the massacre was a “genocide,” dismissing it instead as a messy aspect of the war. The Turkish government also estimates the death toll to be closer to 300,000.

The atrocity occurred as Turkey deported mass numbers of Armenians from the Eastern Anatolia Region to the Syrian Desert, with many being killed or dying of disease or starvation along the way. It was a death march.

Scholars widely agree that what the Ottomans did to the Armenians in 1915 constitutes genocide.

Every president since Jimmy Carter has made public statements memorializing the tragic events, and President Ronald Reagan in a 1981 Holocaust Days of Remembrance proclamation referenced the “genocide of Armenians.” But it has not been official US government policy to recognise it. Meanwhile, 49 US states and dozens of countries, including US allies such as France, Germany, and Canada, recognise the atrocities as genocide.

The US government has consistently avoided referring to what happened to the Armenians during World War I as “genocide” in an effort to not anger Turkey, a NATO ally that’s allowed the US to store dozens of nuclear weapons at a Turkish air base.

The president’s statement on Armenian Remembrance Day in April stopped short of characterising the World War I killings as genocide, referring to them as “one of the worst mass atrocities of the 20th century. ” Trump’s statement was consistent with years of US policy designed to avoid tensions with Turkey. Former President Barack Obama also did not refer to the killings as genocide.

“President Donald Trump’s April 24th statement on the 105th anniversary of the Armenian Genocide misses the mark, fosters denial, and does not reflect America’s proud record of genocide affirmation,” the Armenian Assembly of America said in April.

‘The facts of the genocide are horrific and undisputed by historians’

The Trump administration in 2019 rejected bipartisan efforts in Congress to formally recognise the Armenian genocide, which had enraged Turkish President Recep Tayyip Erdogan.

Tensions between the US and Turkey have reached historic heights in the Trump era, largely because of Erdogan’s invasion of Syria and targeting of US-allied Kurdish forces, who bore the brunt of the US-led campaign against ISIS. Trump was heavily criticised by congressional lawmakers on both sides of the aisle in 2019 for withdrawing US forces from northern Syria, which paved the way for the Turkish military incursion.

In an October speech on the House floor on the resolution to recognise the Armenian genocide, Democratic Rep. Adam Schiff of California said, “The facts of the genocide are horrific and undisputed by historians. They were recorded by American diplomats serving in the Ottoman Empire at the time, who bore witness in official cables to the annihilation of the Armenian population in the Ottoman Empire, a crime that at the time had no name.”

Schiff rejected what he described as valuing US-Turkey relations above recognising history and speaking about crimes against humanity with accurate terminology.

“We cannot pick and choose which crimes against humanity are convenient to speak about. We cannot cloak our support for human rights in euphemisms. We cannot be cowed into silence by a foreign power,” Schiff said. 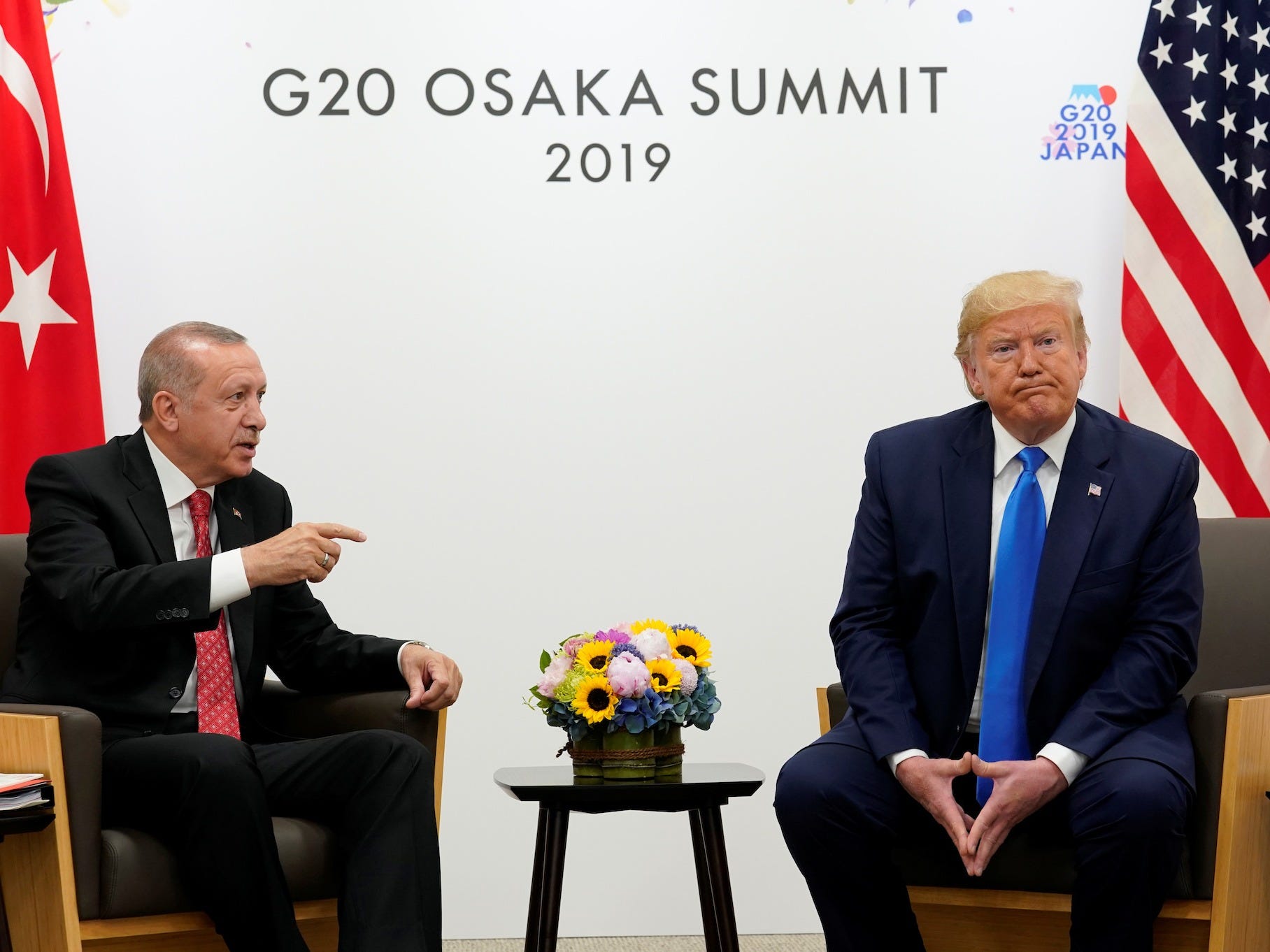 The history of the term “genocide” is intrinsically linked to the atrocities committed against the Armenians.

Lemkin, who lost most of his family in the Holocaust during World War II, studied the atrocities committed against the Armenians closely and worked tirelessly to ensure “genocide” was added to international law to prevent future massacres. He defined genocide as “a coordinated plan of different actions aiming at the destruction of essential foundations of the life of national groups, with the aim of annihilating the groups themselves.”