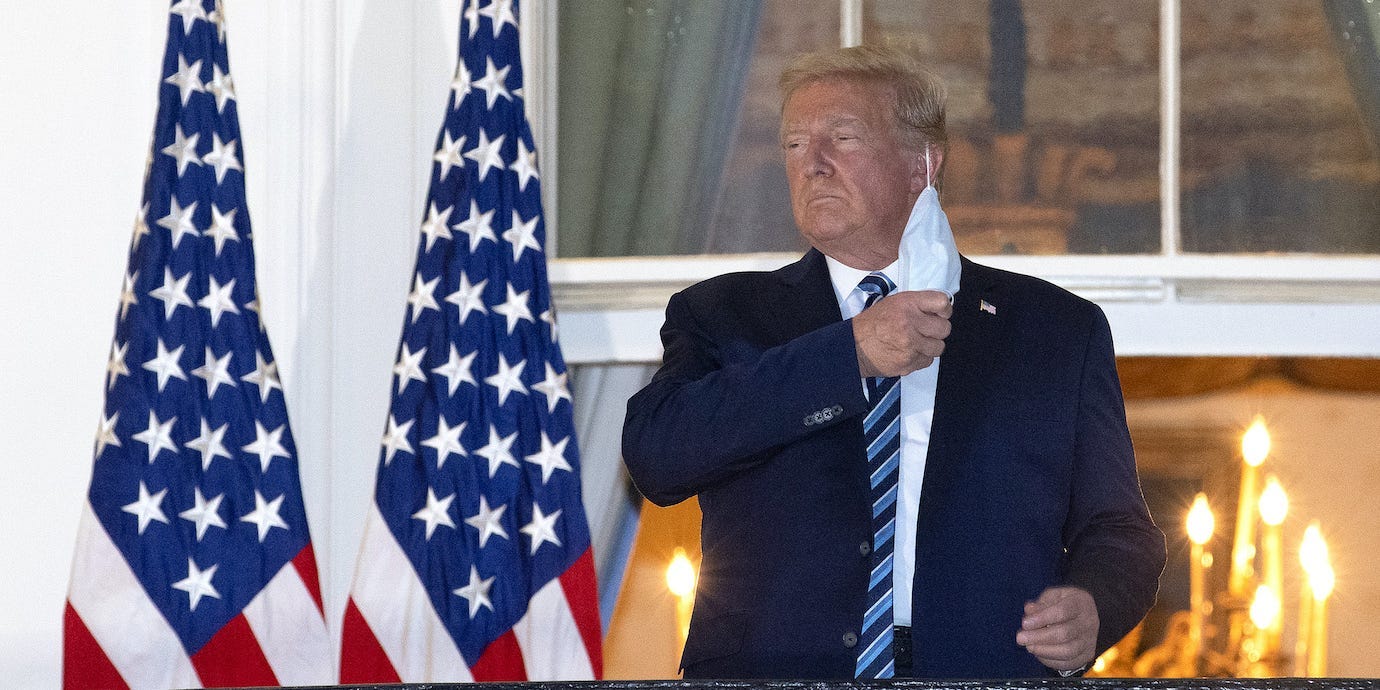 The White House is an unsafe work environment.

Over the past few months, following the lead of the boss â€” President Trump â€” basic safety COVID-19 protocols were not only ignored by the staff of the White House, they were ridiculed.

Once COVID ran rampant through the building, accurate and up-to-date information from the administration was nowhere to be found, but press secretary Kayleigh McEnany did manage to give some briefings to the assembled press corps, including a short one last Thursday where she didn’t wear a mask.

McEnany tweeted that she “definitively had no knowledge” that Hope Hicks had tested positive for COVID earlier that day, but the conflicting and confusing timelines given from the White House through the debacle made some reporters question the statement.

And those reporters who McEnany spoke to are justifiably livid. But they have recognised that the Trump White House is a place that even seven months into the pandemic doesn’t take it seriously.

“No masks on planes. Inconsistent testing. Every life reliant on a rapid testing system that doesn’t really work. And they have mocked and attacked us for pointing that out repeatedly,” one White House reporter told CNN.

“Because of this recklessness we are more worried than ever about our health,” another reporter said.

White House staffers are also talking about how terrified they are of working in an embarrassingly reckless environment.

These reporters and staffers would have a number of options if they were compelled to work in a corporate environment with such haphazard safety protocols. But because it’s the White House, there’s little they can do to stand up for themselves and hold the Trump administration accountable. And because Trump is president, the watchdogs in charge of protecting workers’ safety are nowhere to be found.

Some hot legal takes popped up online speculating on whether the White House, or particular senior staffers, could be declared criminally negligent for putting other White House staffers and reporters in a dangerous workplace.

Deborah Berkowitz, a former senior policy adviser for the Occupational Safety and Health Administration (OSHA) during the Obama administration, doesn’t think that scenario is likely to play out.

“Sadly, workers have few rights here to hold employers accountable in this administration,” Berkowitz said. “The White House, like other employers who flagrantly violate CDC guidelines, have truly nothing to fear.”

Berkowitz â€” currently the Worker Health and Safety Program Director at the National Employment Law Project â€” added: “White House employees could file a complaint with OSHA to request an onsite inspection. However, during the pandemic OSHA has refused to issue any specific requirements that employers must comply with to protect workers.”

During the Trump administration, Berkowitz said, “the federal agency in charge of protecting workers in this Administration is missing in action” and conducting very few onsite workplace inspections.

Alan Lescht, a DC-based attorney who specialises in employment and labour law, said reporters might be able to claim the White House was negligent, though the bar to prove negligence is quite high. As far as filing a claim for an unsafe work environment, Lescht said because reporters are “guests” of the White House, their only recourse is to file a workers’ compensation claim against the news outlets that assigned them to an unsafe environment. In this case, the workplace is the White House.

Scott Oswald, an attorney who represents employees and whistleblowers at the Washington, DC-based firm The Employment Law Group, said that criminal negligence is pretty much off the table because it doesn’t apply to federal workplaces.

“The government has seen fit to hold private employers to a different standard than it holds itself. At least at least from a criminal standpoint,” Oswald said.

Because the White House is a federal building, the labour guidelines and worker protections of the District of Columbia don’t apply. And in an ironic twist, the current administration may have made it harder for their employees to seek recourse as it has been rolling back workers protections and gutted OSHA for almost the past four years.

However, there’s a small window available for a civil course of action, but only for some.

White House staffers, but not reporters, might be able to hold the White House liable in civil court “if it could be shown that the president was intentionally placing reporters and others in an unsafe environment that he knew what he was doing was a violation of safety practices,” Oswald said.

As for the White House reporters, there’s not much they can do. In what could be a sign of things to come, BuzzFeed News on Wednesday pulled its White House reporter Kadia Goba, citing concerns for her safety in a COVID hot zone. BuzzFeed News’ editor in chief Mark Schoofs tweeted: “We will not put our reporters at needless risk of getting a deadly disease â€” and neither should anyone else.”

The White House and Capitol Hill have flouted the DC government’s COVID guidelines, and have since become the source points of a surge in DC-area COVID infections.

Trump is back in the Oval Office despite still being infected with COVID, putting everyone in that building at risk.

But don’t expect the federal government to hold itself to basic workplace safety standards. And good luck to anyone in whose description includes “must work inside the White House.”