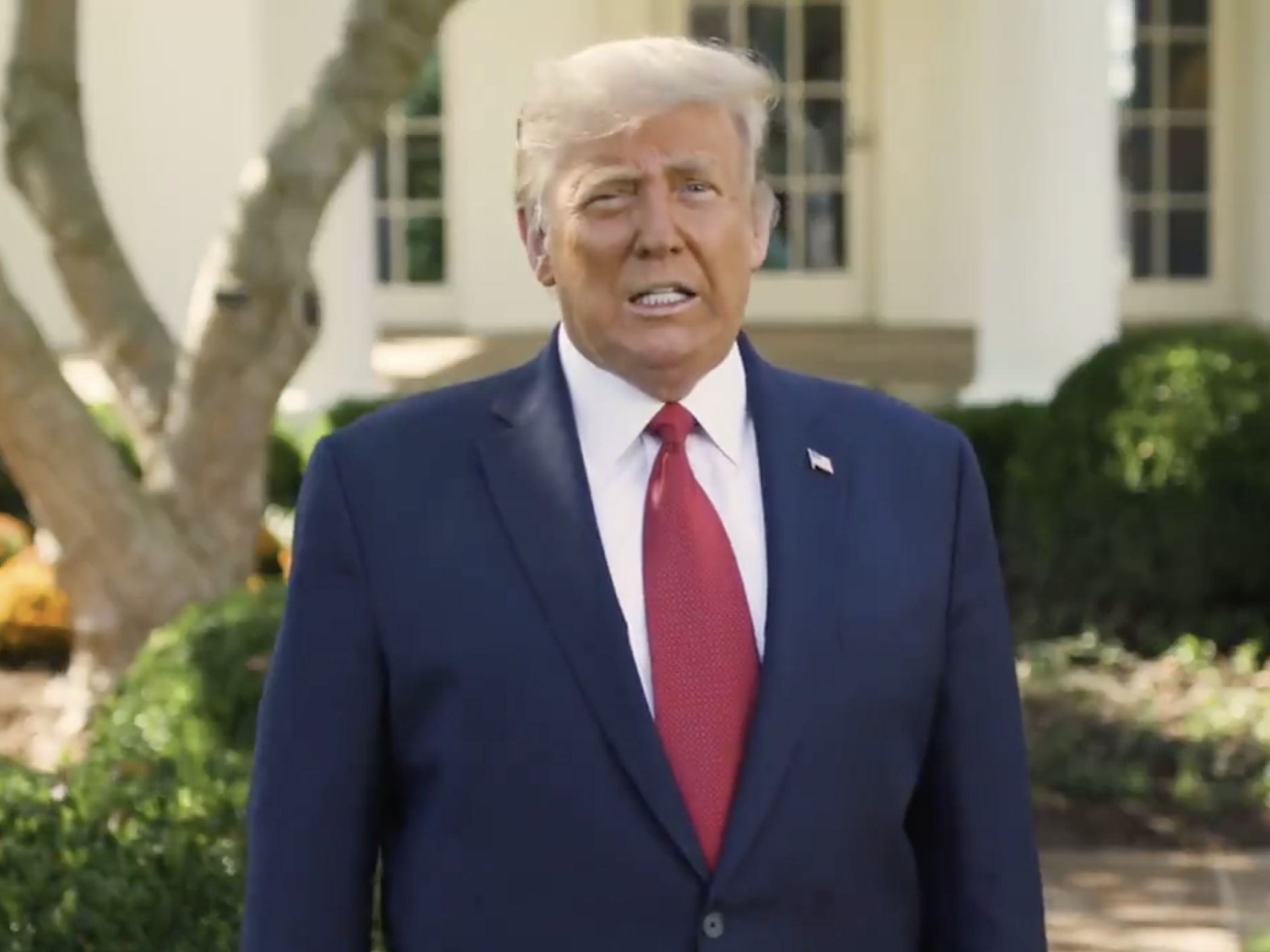 He said the treatments should be free, and he called on regulators to approve them.

The drugs, known as antibody treatments, are a promising way of helping people infected with the novel coronavirus recover more quickly.

Trump received Regeneron’s experimental antibody drug cocktail as part of his treatment course after being diagnosed with the novel coronavirus. While early data has been promising, the drug has not been approved by the US Food and Drug Administration.

Eli Lilly, a drugmaker working on another antibody therapy, said on Wednesday that it’s seeking an emergency FDA authorization for its treatment after promising early results.

“I went in, I wasn’t feeling so hot. And within a very short period of time they gave me Regeneron, it’s called Regeneron,” Trump said, referring to the experimental treatment by its maker’s name. “It was like unbelievable I felt good almost immediately,” he added.


Read more:
A new tool in fighting the coronavirus pandemic just got one step closer to approval. Here’s how 9 leading drugmakers are racing to develop antibody treatments.

Studies are ongoing to understand the effects of Regeneron’s antibody treatment. In a statement Friday, Regeneron said it provided the experimental drug to Trump’s doctor under a compassionate-use request, which allows sick people access to treatments that aren’t approved.

In the video posted Wednesday, Trump said he suggested taking the drug after hearing about it. Trump also got two other coronavirus treatments: a virus-fighting drug called remdesivir and the steroid dexamethasone.

Regeneron’s drug is still in clinical trials and is not approved by the FDA. On September 29, the company released a description of early results from the first 275 volunteers in the study. The company was testing the drug in patients who weren’t sick enough to be hospitalized.

In the video, Trump mentioned Lilly’s experimental treatment as well.

To date, no antibody treatments have received emergency authorization from the FDA.

The Trump administration struck a deal in July to fund some manufacturing costs for Regeneron’s drug. In turn, the government gets some doses of the treatment for free.

Trump said that he wants to make the treatment available to everyone.

“I want everybody to be given the same thing as your president,” Trump said. “Because I feel great, I feel like perfect.”

Regeneron did not immediately respond to a request for comment.