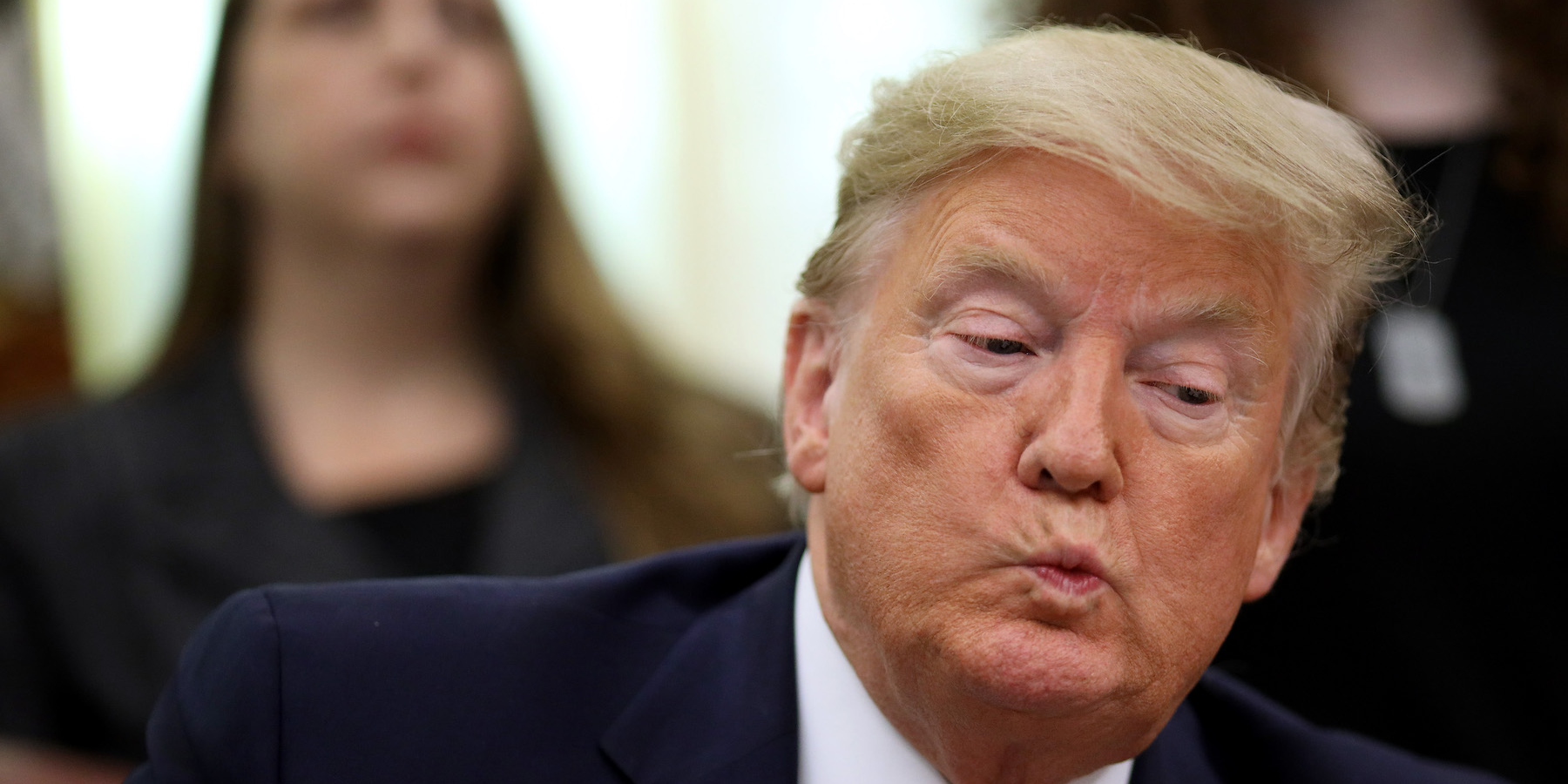 President Donald Trump and his Republican allies are using racism to try to distract from his disastrous preparations for and response to the coronavirus pandemic. Instead of taking responsibility for and addressing early failures, they’re blaming the crisis on China.

In a matter of weeks, Trump has shifted from applauding China for its response to COVID-19, the disease caused by coronavirus, to insisting on referring to the virus as the “Chinese virus.” The virus originated in Wuhan, China, but has spread to at least 160 countries and territories.

Trump in late January tweeted: “China has been working very hard to contain the Coronavirus. The United States greatly appreciates their efforts and transparency. It will all work out well. In particular, on behalf of the American People, I want to thank President Xi!”

But fast-forward to a White House press conference on Thursday, and the president was singing a different tune.

“We continue our relentless effort to defeat the Chinese virus,” Trump said at the start of the briefing.

Trump insisted that China is to blame for the pandemic.

“It could have been contained to that one area in China where it started and certainly the world is paying a very big price for what they did,” Trump said.

Trump critical of China's initial handling of virus: "It could have been contained to that one area in China where it started and certainly the world is paying a very big price for what they did" pic.twitter.com/4LdO5S6mmF

The day before, Trump rejected the notion referring to coronavirus as the “Chinese virus” was racist.

It took weeks for China to investigate and respond to the outbreak in Wuhan province, which allowed the virus to infect tens of thousands more and compelled the authoritarian regime to enforce the largest quarantine in history.

Other Republicans have joined in with Trump in turning China into a scapegoat, moving the conversation away from how the administration failed to adequately prepare the country for this pandemic.

In xenophobic remarks full of factual errors and disinformation on Wednesday, Republican Sen. John Cornyn of Texas defended Trump’s use of the phrase “Chinese virus” to describe coronavirus.

“China is to blame because the culture where people eat bats and snakes and dogs and things like that,” Cornyn told reporters. “These viruses are transmitted from the animal to the people, and that’s why China has been the source of a lot of these viruses like SARS, like MERS, the swine flu, and now the coronavirus.”

And Republican Sen. Chuck Grassley of Iowa on Wednesday tweeted: “I don’t understand why China gets upset bc we refer to the virus that originated there the ‘Chinese virus.’ Spain never got upset when we referred to the Spanish flu in 1918 & 1919.”

In fact, Spaniards were upset by this and some historians have said the pandemic may have originated at military bases in the US.

In present day, Republicans are not referring to it as the “Chinese virus” simply to highlight the geographic origins of coronavirus, they’re doing it to place blame on a specific group – and Trump has made that clear via his rhetoric.

This blame has negative consequences in the US, as Asians and Asian Americans have reported facing discrimination and verbal attacks in public because of coronavirus. Earlier this week, an Asian-American reporter said that a White House official referred to coronavirus as the “Kung-Flu” to her face.

The Centres for Disease Control and Prevention (CDC) have urged Americans against stigmatizing Chinese people as the US fights this pandemic.

Dr. Robert Redfield, the director of the CDC, earlier this month said it is “absolutely wrong and inappropriate” to call COVID-19 the “Chinese coronavirus.”

Moreover, the CDC’s website states: “People in the U.S. may be worried or anxious about friends and relatives who are living in or visiting areas where COVID-19 is spreading. Some people are worried about the disease. Fear and anxiety can lead to social stigma, for example, towards Chinese or other Asian Americans or people who were in quarantine…Stigma hurts everyone by creating more fear or anger towards ordinary people instead of the disease that is causing the problem.”

“The US should first take care of its own matters,” said Geng Shuang, a spokesman for China’s foreign ministry, NBC News reported.

The focus on China has occurred in lockstep with Trump attempting to rewrite the history of his response to the novel coronavirus. In a patently false tweet on Wednesday, the president said: “I always treated the Chinese Virus very seriously, and have done a very good job from the beginning.”

The US is facing testing kit shortages, which is linked to the CDC sending out faulty kits in February, and there are growing signs that US hospitals do not have enough medical equipment or supplies to handle the scale of the outbreak.

Public health experts have said that Trump’s response to the pandemic has been “abysmal,” excoriating the president for downplaying the problem for weeks instead of preparing the US for the storm to come. Trump, for example, at one point suggested coronavirus was a Democratic “hoax” to hurt him politically. And he continuously claimed that the US had contained the virus and had everything “under control” as the rate of infections and deaths from COVID-19 rose every day.

There are now coronavirus cases in all 50 states, over 11,000 people have been infected and 165 have died.

Trump two weeks ago: The coronavirus is just a Democratic hoax.pic.twitter.com/cmkgVs7V2U

Trump says ‘I know the truth’

China has faced widespread criticism over efforts to suppress information during the outbreak, but its aggressive and authoritarian efforts to combat the virus also appear to have paid off. Thursday was the first time China has reported no new domestic coronavirus infections since the outbreak began.

When asked if he believed the report about no new infections in China during a Thursday press conference – in which he spread false information about a potential treatment for coronavirus – Trump said, “I hope it’s true.”

The press conference wrapped up with the right-wing One America News Network’s White House correspondent baselessly attacking mainstream media outlets for “siding with foreign state propaganda” over Trump amid the pandemic.