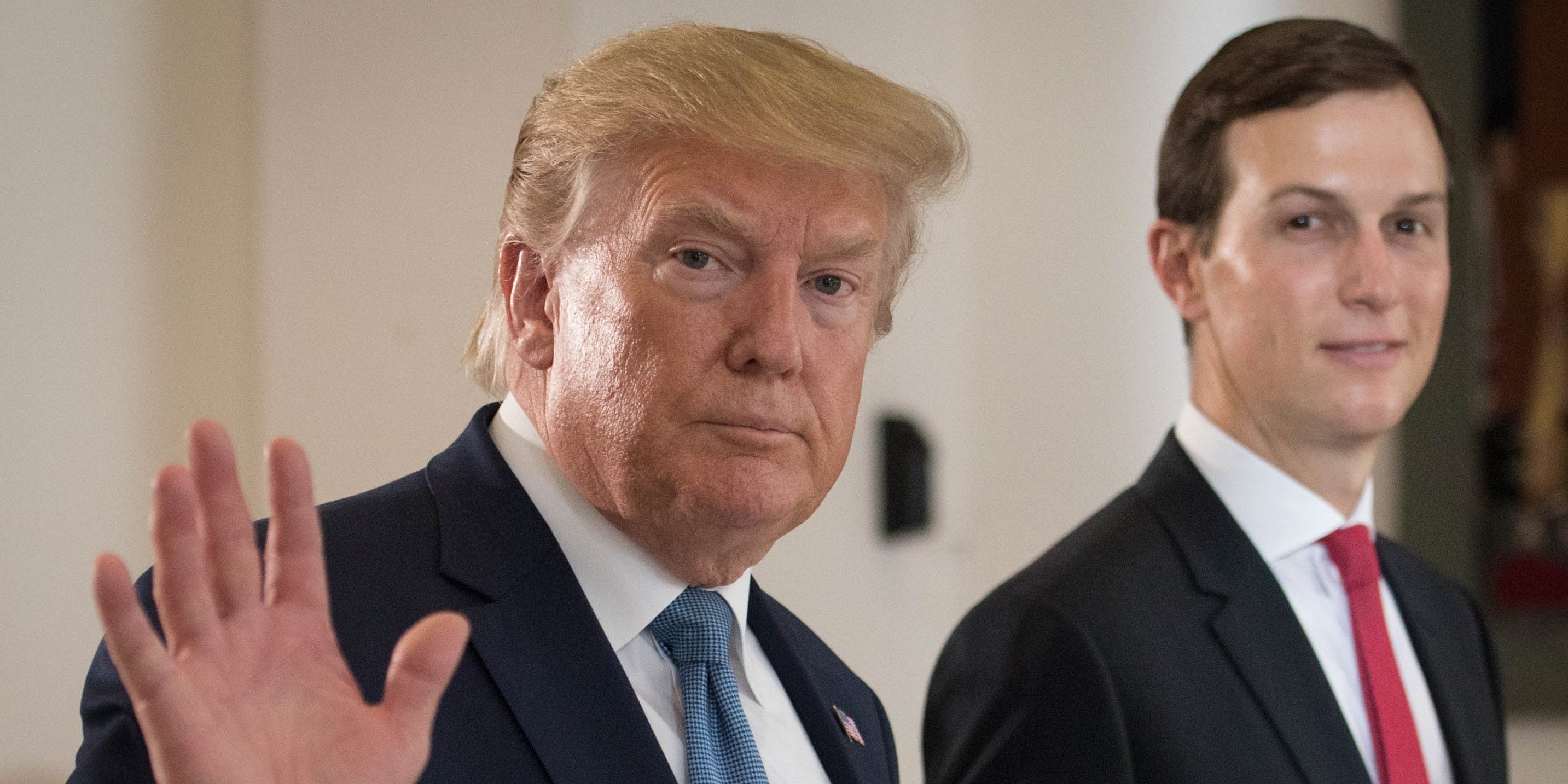 Trump and his associates are using the confusion and desperation of the coronavirus to enrich themselves like kleptocrats, and the GOP is going right along with it.

We are living in a strange moment. The entire whole world is hanging on to any and every word about a vaccine for COVID-19. The entire world needs the same supplies to get through pandemic. These conditions have created a low information environment where certain goods and information are extremely valuable. It just so happens that those with access to those goods and that information are in the White House. And it just so happens that the people in the White House have no scruples to speak of.

Trump has marketed himself as a pro-business president who understands capitalism, but his behaviour says otherwise. Capitalism thrives on transparency and a level playing field, but the Trump administration’s dealings in the business world have been marked by opacity and cronyism, even more so since the coronavirus pandemic started.

From the beginning, Trump has handled the scientific, economic, financial, and logistical challenge of the coronavirus like a kleptocrat would â€” by keeping things within the family/inner circle. This set up is why kleptocracies are rife with fraud, waste, and incompetence. Those with experience need not apply.

Trump’s family beneficiary during the pandemic has been his son-in-law, Jared Kushner, who was placed in charge of the coronavirus response. Once in charge Kushner then, according to Vanity Fair, hired his friends. He eschewed government agencies with the capabilities to fight the pandemic and conducted his task force’s business in secret, off of government emails and other official modes of communication. Secrecy and opacity are a key elements of kleptocracy.

That task force prioritised friends of the president when it came to distributing personal protective equipment. It used the pandemic to advance Trump’s goal of a better relationship with Russia by buying ventilators from Moscow (they turned out to be defective) and then sending supplies to Moscow. Kushner ignored and subverted the needs of Americans in order to reward and punish his father-in-laws friends and enemies. That is what kleptocrats do with resources.

While all of this was going on at the White House, Wall Street was starting to experience the kinds of peculiarities one might expect in a market where there is something strange afoot. The one thing linking all of these odd bubbles and distortions was and is the Trump administration.

The first sign of eyebrow-raising irregularity was back in May, when Moncef Slaoui, a former longtime executive at GlaxoSmithKline, was picked to helm the White House’s “Operation Warp Speed” program that is tasked with funding and accelerating the development of a COVID-19 vaccine. Shortly after he was appointed, a drug company that he was invested in called Moderna announced preliminary, partial data from an early phase of its vaccine trial that said… not much.

Before the market realised how little information was in Moderna’s data the stock jumped, and Slaoui’s $US2.4 million investment in the company ballooned to $US12.4 million. He sold his shares the next day, around the time Moderna’s stock price started coming back to earth. Watchdog groups were less than pleased, and urged the SEC to investigate what happened. Slaoui still owns $US10 million worth of stock in his former employer, GlaxoSmithKline, which is still raising questions.

Most recently, the Trump administration has had to pause a deal it made with Eastman Kodak, the historic but largely defunct camera maker. In August the company announced it was receiving $US765 million from the government to make pharmaceutical ingredients â€” something it has no experience in. The deal was put together, in part, by a friend of Jared Kushner’s â€” Adam Boehler, who joined the administration as CEO of the US International Development Finance Corporation, according to Vanity Fair. This is Boehler’s first stint in the public sector.

The rollout of the deal Kodak deal was sloppy, with a local paper announcing the deal ahead of schedule. There was a bunch of weird trading around the stock at the time the deal was announced too. Worse than all that, though, was that the company’s CEO got stock options right before the deal was announced. Afterward those options came to be worth around $US50 million. This is what has the SEC â€” which brought the fewest insider trading cases in decades in 2019 â€” so very concerned.

Party of business or Party of Trump?

To address these and other market inconsistencies that have resulted from the pandemic, a subcommittee of the House Financial Services committee held a hearing called “Insider Trading and Stock Option Grants: An Examination of Corporate Integrity in the COVID-19 Pandemic” earlier this month.

What was shocking about the hearing was not what the witnesses said. Everyone agreed that the pandemic has created irregular conditions in the market, and that some actors are benefiting. What was strange was the petulance from Republicans who insisted â€” despite the strangeness of our times â€” that the hearing was completely unnecessary. They did not want more transparency around why, when, or how companies make disclosures related to the pandemic. They did not want there to be more scrutiny around executive share compensation.

Michigan Republican Rep. Bill Huizenga complained that “instead of playing judge, jury, and executioner in the court of public opinion” the committee should instead be helping “job creators” do more of what they’re doing.

In short: Nothing to see here.

To quote JPMorgan CEO Jamie Dimon, what has made Wall Street great is that America has “the widest, deepest, most transparent capital markets” in the world.” Corruption prevents that transparency, it kills capitalism. No doubt the Boy Scouts at Goldman Sachs prefer a light regulatory touch, but what House Republicans did during that hearing does not serve Wall Street, it only serves Donald Trump.

In this way the pandemic has made it clear that the GOP has a dilemma. It can be the party of Trump or the party of business, it cannot do both.

How regulators proceed will determine what the White House and its friends believe they can get away with. Already Trump has been emboldened. His attempt to ban Chinese social media app TikTok is also a clear play to enrich his friend and campaign donor, billionaire Larry Ellison. Ellison founded Oracle, which is reportedly trying to gain a lucrative contract out of the TikTok deal.

Earlier this week Expedia and IAC Chairman Barry Diller, a legendary dealmaker on Wall Street, called the deal said of the deal, “the whole thing is a crock.” He called it a “political mishmash” which could set off a salvo of protectionist actions that would be hard to stop.

It’s unclear if the deal would actually mollify those with national security concerns. There are still questions about where US data will be housed, and how much control US nationals would have on the board. There is no precedent for this kind of US government encroachment on a foreign technology company. So we don’t know the full details of the deal or how it will turn out at all.

Like I said before, secrecy and opacity are a key elements of kleptocracy.