Trump used a congratulatory speech at a Mar-A-Lago wedding reception to complain about China, the border, and Biden 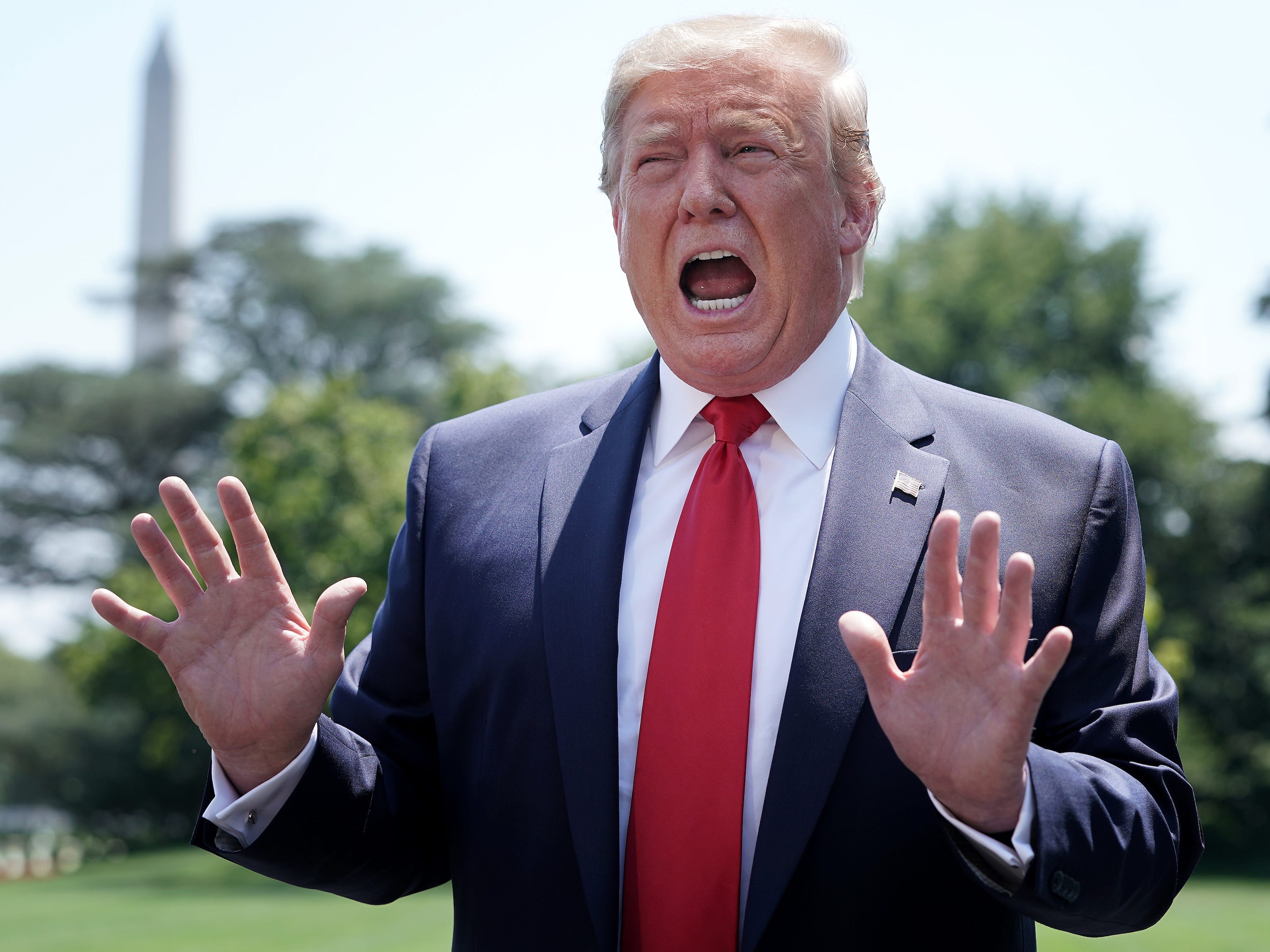 GettyTrump took to the mic and offered a now-familiar refrain on China, the southern border, Iran, and the job that Joe Biden and his administration are doing.

Jon Arrigo and Megan Noderer were married on Saturday at Mar-A-Lago and were surprised with a speech from former President Donald Trump, TMZ reported.

The only problem: The wedding speech was about, well, him.

Arrigo, who is the vice president of the Arrigo Auto Group in West Palm Beach, Florida, and Noderer, rescheduled their wedding twice before finally tying the knot on Saturday, according to their wedding photographer Mario Munoz.

In a video obtained by TMZ, Trump took to the mic and offered a now-familiar refrain on China, Iran, and the job that Joe Biden and his administration are doing.

Trump went on to talk about the border (“The border’s not good”) and the number of votes he won in the election (“We did get 75 million votes, nobody’s ever gotten that”), before dropping a signature Trump phrase: “Do you miss me yet?”

The quip was met with generous applause.

John’s brother Jim was briefly mentioned in the speech when Trump noted that “Jim, he’s the only one I know who would handle the border tougher than me.”

Both Jim and John Arrigo are longtime associates of Trump and members of Mar-A-Lago and Trump International Golf Club. A BuzzFeed article mentions that along with their father Joe, they were among several campaign donors who were offered a tour of Air Force One in 2017.

Trump made mention of the Arrigos toward the end of the speech, saying, “you are a great and beautiful couple.”