Trump privately told a released American prisoner that 'Obama failed' and he deserved credit for her release, former captive says 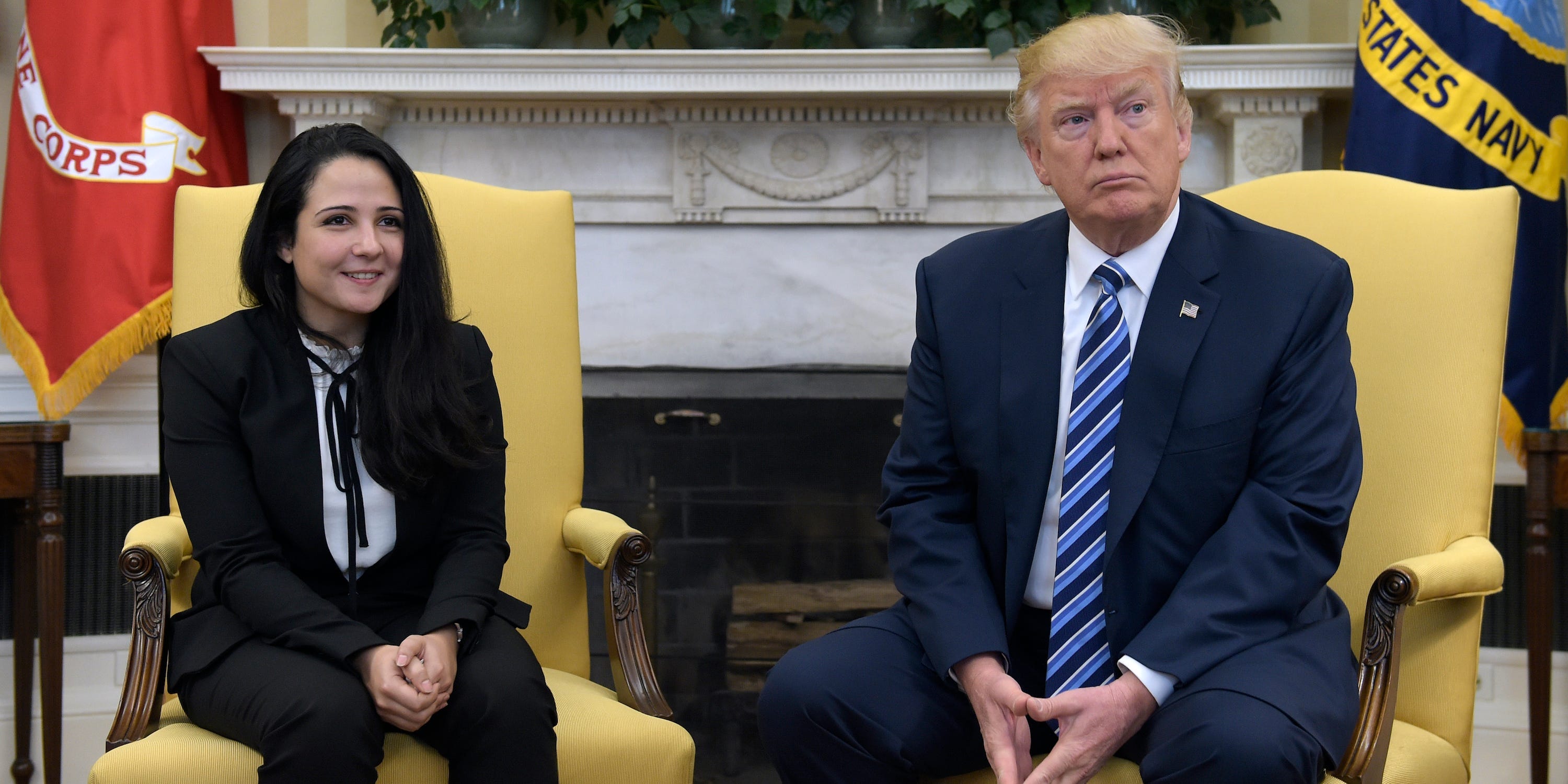 Susan Walsh/APPresident Trump meets with Aya Hijazi, an Egyptian-American aid worker, in the Oval office of the White House in Washington, April 21, 2017.

A former aid worker imprisoned in Egypt said President Donald Trump demanded credit for her safe return to the US and said Americans “deserve” a better leader.

Aya Hijazi, a dual US-Egypt citizen, worked as an aid worker and founded a program for children in Egypt. In 2014, she was imprisoned by Egyptian President Abdel Fattah el-Sisi’s regime for three years on dubious charges of child abuse and human trafficking.

Human-rights groups and nongovernmental organisations contested the claims, which came amid a country-wide violent crackdown on anti-government protests.

Egypt’s courts eventually found her not guilty, and Hijazi was released in April 2017. Hijazi said she was rushed to meet Trump on her return, and that his remarks in private shocked her.

Roughly 48 hours after Hijazi was released, Trump’s administration pushed for the meeting that was widely publicized by the media. But, privately, she claimed Trump leaned over to remind her that his administration successfully released her after picking up where “Obama failed.”

“I was honestly torn and disappointed,” Hijazi told Insider. “On the one hand, I felt beholden. After all he did release me. On the other hand, I didn’t want to meet him and was forced to the meeting. Could I have a choice of words in this situation?”

Hijazi also disputed Trump’s assertion and said that her release might been imminent after a bipartisan group of US lawmakers and senior White House officials during President Barack Obama’s administration had advocated on her behalf.

“There was already so much pressure when Trump took office,” Hijazi said. “It was unfair to claim all the credit.”

“If roles were reversed, Obama would have never done that,” she added. “[Trump] also seemed not to care about the huge power imbalance: Him, the president of the US. Me, still learning what it’s like to be free after three years in prison.”

Hijazi said in a tweet on Tuesday that she voted for Democratic nominee Joe Biden in the 2020 presidential election because “we deserve better.”

Trump’s relationship with el-Sisi has been heavily scrutinised. El-Sisi â€” a general who overthrew the country’s elected president in a 2013 military coup â€” has been accused of human-rights violations, including jailing thousands of political opponents on trumped-up charges of extremism.

Trump described el-Sisi as his “favourite dictator” during the G7 summit in France, in 2019, according to several witnesses cited in a Wall Street Journal.

He later told reporters that the two leaders “understood each other very well.”

“He’s a very tough man, I will tell you that,” Trump said at the time. “But he’s also a good man, and he’s done a fantastic job in Egypt. Not easy.”