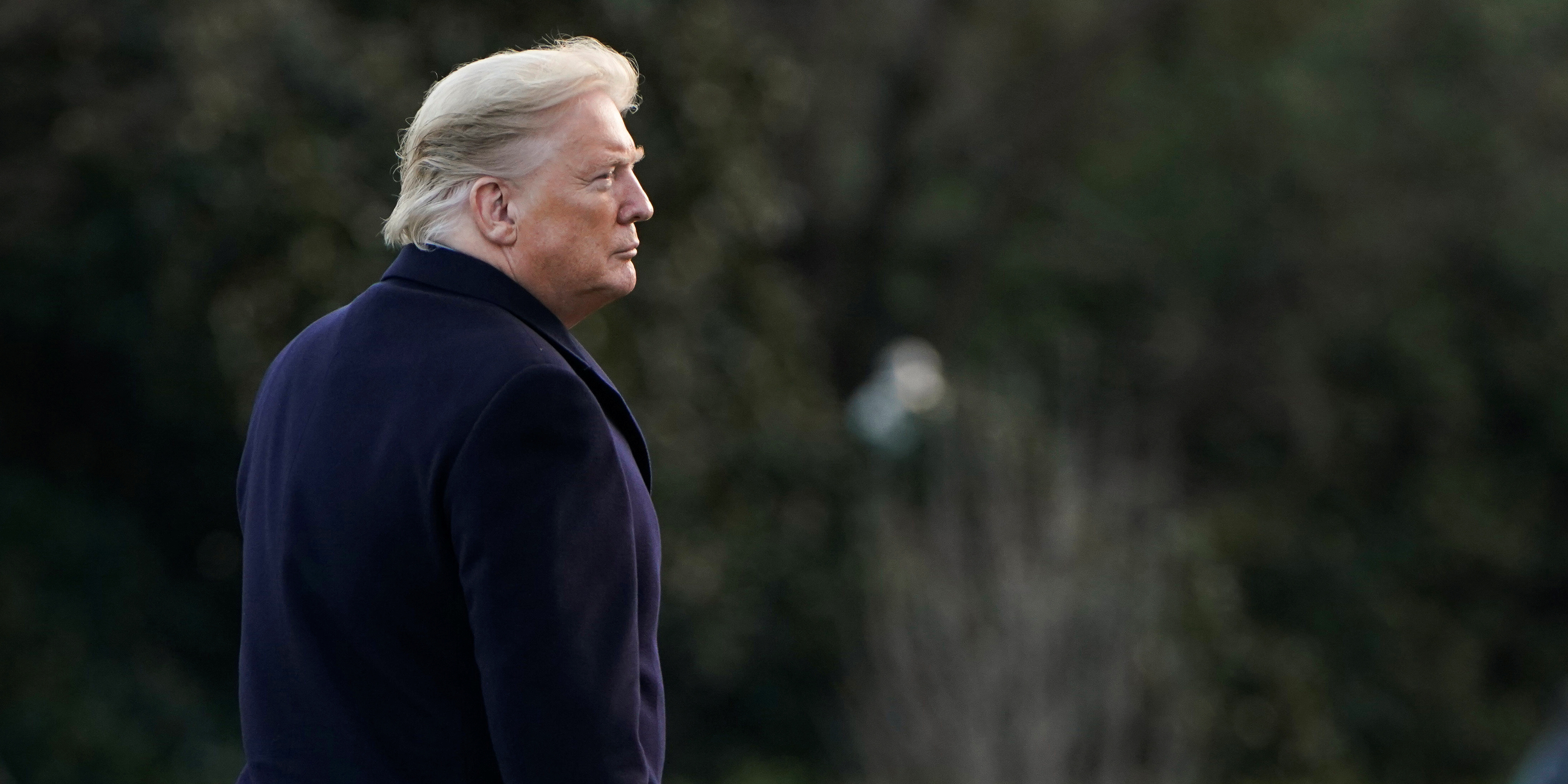 ReutersPresident Donald Trump at the White House on February 7.

The US was once again left alienated from its European allies at the world’s biggest security conference as they rubbished President Donald Trump’s “America First” approach and painted a picture of an isolated country.

The Munich Security Conference in Germany, which was established in 1963, has long been a meeting of minds between nations. This year’s summit was held over the weekend.

But since Trump became president, the US has been pushing for the withdrawal from global agreements – such as the Paris climate accord – creating new tension between him and other world leaders, nations, and global institutions, particularly in the West.

This gulf has long been illustrated in global conferences, such as December’s NATO summit, where a group of world leaders appeared to mock him at a party.

And during the Munich summit, European leaders used a series of public speeches and private conversations to lament the US’s change in commitment as a long-standing ally, causing the US to hit back, Politico reported.

“Under its current administration, our closest ally, the United States of America, rejects the very concept of an international community,” German President Frank-Walter Steinmeier said in the conference’s opening speech.

“Every country, it believes, should look after itself and put its own interests before all others. As if everyone thinking of himself meant that everyone is being considered,” he said, according to an official transcript.

According to Politico, French President Emmanuel Macron also told the conference that “what Europe wants is not quite the same as the US.”

He has frequently sparred with Trump over foreign policy, publicly fact-checking him at the December NATO summit and slamming Trump’s Syria policy in a November interview with The Economist.

Heiko Maas, Germany’s foreign minister, also said of the US’s gradual military withdrawal, according to Deutsche Welle: “For too long, we Europeans have shut our eyes to the uncomfortable reality of what a withdrawal of the US from military engagement and from international treaties means for us.” 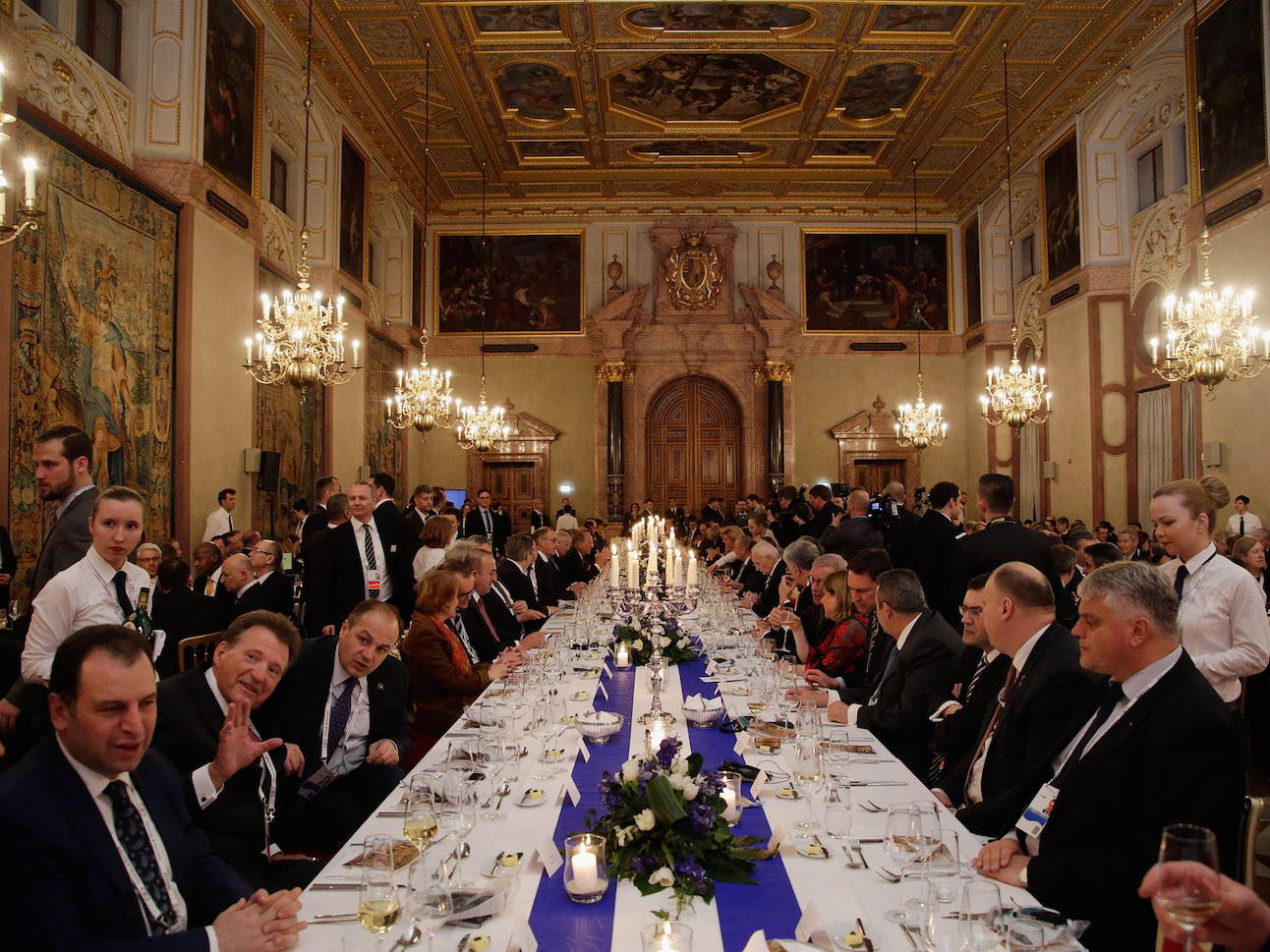 While Trump himself was not there, US Secretary of State Mike Pompeo hit back at Steinmeier and others’ comments, quoting them before saying, according to Politico: “I’m here to tell you the facts. Those statements do not reflect reality.”

He also noted US contributions to global alliances and how many trips he had made to other countries.

“Is this an America that rejects responsibility?” he said, according to Politico. “Let’s be straight up: The US is out there fighting for sovereignty and our friends.”

But most European representatives were unswayed by Pompeo’s rebuttal and felt that his speech was designed to appease Trump rather than the international leaders in the room, Politico reported.

Republicans believe the event centered on attacking the US

The three-day event, which brings together world leaders, military chiefs, and CEOs and can even be considered more important than the World Economic Forum in Davos, Switzerland, ended Sunday.

It was very much a global event, with speeches this year from leaders and foreign ministers of countries including Azerbaijan, China, India, and Iran, as well as Facebook CEO Mark Zuckerberg.

But the focus this year was on Western alliances.

The theme of this year’s conference was “Westlessness,” or what organisers called “a widespread feeling of uneasiness and restlessness in the face of increasing uncertainty about the enduring purpose of the West.”

According to Politico, this title frustrated Republicans – Trump’s party members – who viewed it as a jab at the US and the idea that it stepped back from its traditional leadership role.

Mike Turner, a Republican congressman from Ohio who is a longtime conference attendee, told Politico he was “a little taken aback by the tone” and how he felt the US had to defend its commitment to Europe.

The presence of Democratic House Speaker Nancy Pelosi at the conference, and a quote by the Democratic presidential candidate Joe Biden on the conference website’s main page, also suggested a European appreciation for Democrats rather than Republicans.

(Biden’s quote said, “Like no other global forum, Munich connects European leaders and thinking with their peers from across the world.”)

And last year, when US Vice President Mike Pence brought greetings from Trump to the conference, he was met with several seconds of silence. Conference members then also openly criticised the president.

Trump campaigned in part on the idea of changing America’s role on the global stage, and relations between him and other world leaders have strained since he entered office.

Tensions are also now flaring between the US and the UK – two countries that have long touted their “special relationship” – particularly since Britain decided to go ahead with a 5G deal with the Chinese telecom company Huawei against US security concerns, in what some have seen as a sign in the decline of US influence.