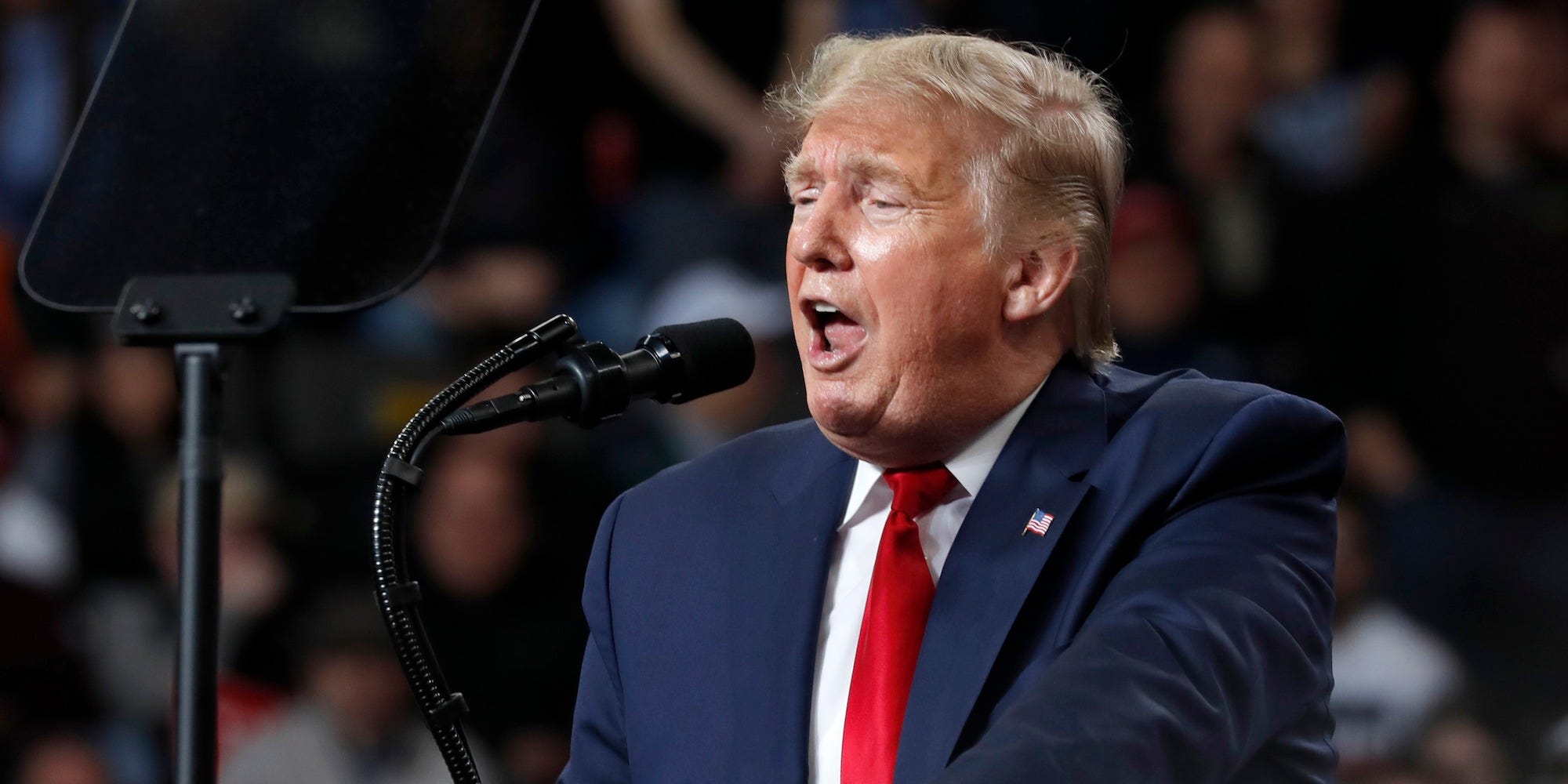 President Donald Trump spent his Monday on Twitter making racist attacks, defending the display of the Confederate flag, attacking former Vice President Joe Biden on crime and the coronavirus, and claiming victory in his pandemic response.

The president began the day by accusing“anarchists” of taking down a statue of Black abolitionist Frederick Douglass in Rochester, New York, despite the fact that police hadn’t made any arrests in the incident or indicated who the perpetrators might be.

Shortly after, Trump shared a campaign ad claiming that under a Biden administration, the police will be defunded and cease to protect Americans from violent crime. In another tweet later in the day, he accused Chicago and New York City of protecting criminals by “playing the Sanctuary City card.”

After celebrating a boost in the stock market and blaming China for the coronavirus, Trump launched a series of racist attacks that included defending the display of Confederate flags. The president accused Black NASCAR star Bubba Wallace of promoting a “hoax” by reporting a noose found in his garage last month.

Trump was referring to an FBI investigation, which found that the noose wasn’t a racist attack against Wallace, the only Black NASCAR driver, as it had been hanging in the garage for months before he was assigned to it.

“Has @BubbaWallace apologised to all of those great NASCAR drivers & officials who came to his aid, stood by his side, & were willing to sacrifice everything for him, only to find out that the whole thing was just another HOAX?” Trump tweeted around 8:30 am. “That & Flag decision has caused lowest ratings EVER!”

Trump added that NASCAR is suffering its “lowest ratings EVER” because of its “politically correct” decision to prohibit Confederate flags at its events.

A few hours later, Trump made still more racially insensitive comments, this time concerning two professional sports teams’ recent announcements that they’re reviewing the use of American Indian references in their team names. Trump claimed American Indians “must be very angry” that the Washington Redskins and the Cleveland Indians might be changing their names.

Later in the afternoon, Trump returned to attacking the media over its reporting on the coronavirus, which he suggested is under control despite overwhelming evidence to the contrary.

“Deaths from the China Virus are down 39%, while our great testing program continues to lead the World, by FAR!” Trump wrote. “Why isn’t the Fake News reporting that Deaths are way down? It is only because they are, indeed, FAKE NEWS!”

The media has reported that COVID-19 deaths in the US are down to about 600 per day, overall, from their peak of about 3,000 per day in April and May. But Trump failed to mention that new infections are surging in many states across the country. Public health experts say the increase in new cases and simultaneous decrease in deaths and the death rate is likely a function of the virus infecting a higher percentage of younger people, who are less likely to be killed by COVID-19, improved disease treatment and expanded testing.

In another tweet, Trump claimed that deaths from the coronavirus would be higher if Biden was president because the presumptive Democratic nominee wouldn’t have restricted travel from China as early as Trump did. He went on to argue in still more tweets that “SCHOOLS MUST OPEN IN THE FALL!!!”

“Corrupt Joe Biden and the Democrats don’t want to open schools in the Fall for political reasons, not for health reasons!” he wrote. “They think it will help them in November. Wrong, the people get it!”