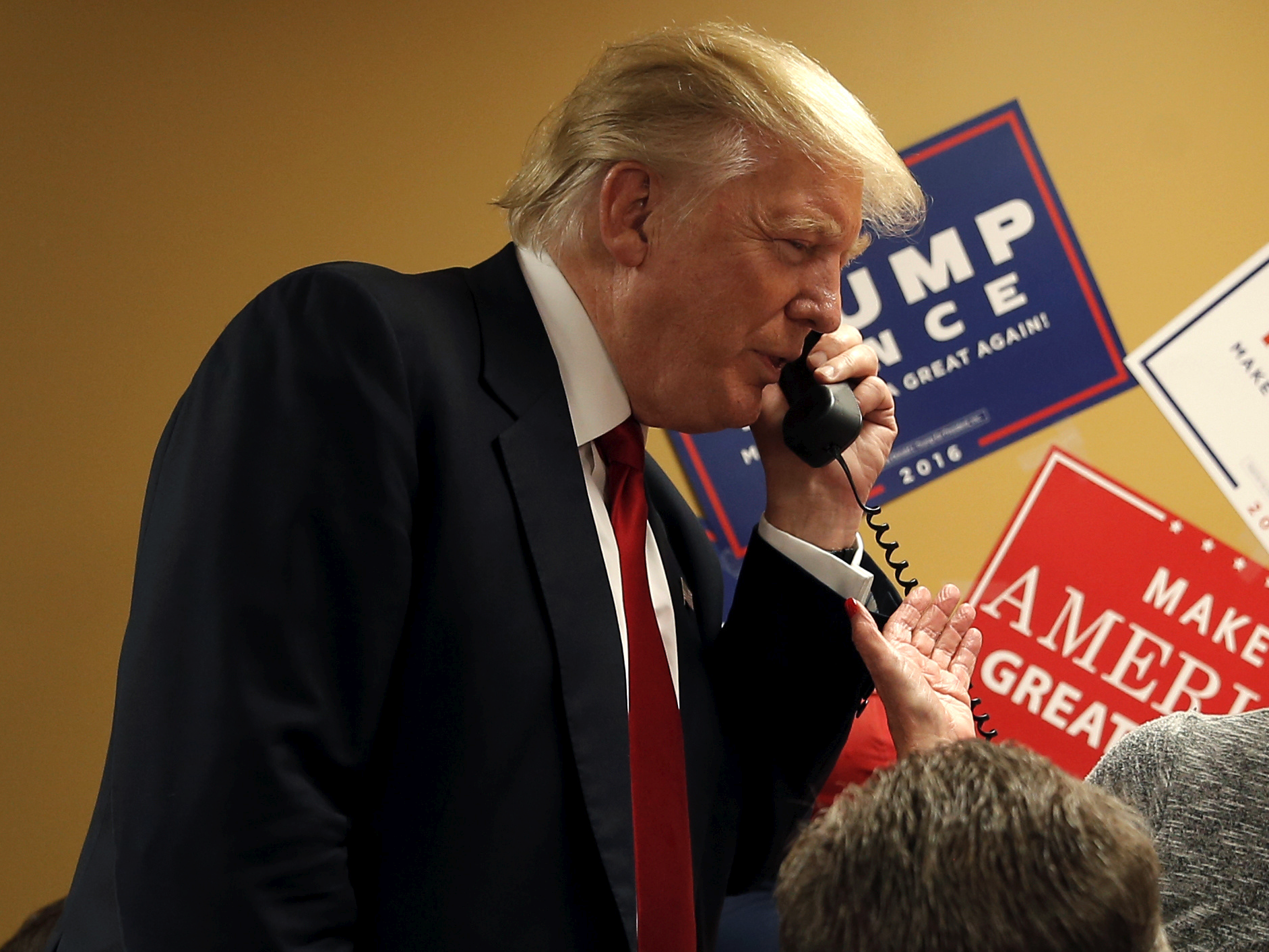 President Donald Trump slammed a Twitter employee Thursday who was critical of Trump in past tweets, calling the employee a “hater” and tagging his twitter handle.

So ridiculous to see Twitter trying to make the case that Mail-In Ballots are not subject to FRAUD. How stupid, there are examples, & cases, all over the place. Our election process will become badly tainted & a laughingstock all over the World. Tell that to your hater @yoyoel

Trump has reacted strongly this week to Twitter’s decision to add fact-checking labels to some of his tweets for the first time, and has accused Twitter and other tech companies, again and without evidence, of anti-conservative bias.

On Wednesday, Trump allies and advisers started directing their ire at Twitter’s head of site integrity, Yoel Roth, who has tweeted harsh criticism of Trump in the past.

Roth’s old tweets from 2016 and 2017 were resurfaced and shared widely on Wednesday, including a tweet calling Trump a “racist tangerine,” a tweet decrying “ACTUAL NAZIS IN THE WHITE HOUSE,” and a tweet describing Senate Majority Leader Mitch McConnell as “a personality-free bag of farts.”

I’m just saying, we fly over those states that voted for a racist tangerine for a reason.

“Fact check: there is someone ultimately accountable for our actions as a company, and that’s me,” Dorsey posted. “Please leave our employees out of this. We’ll continue to point out incorrect or disputed information about elections globally.”

“Per our Civic Integrity policy (https://help.twitter.com/en/rules-and-policies/election-integrity-policy), the tweets yesterday may mislead people into thinking they don’t need to register to get a ballot (only registered voters receive ballots),” Dorsey continued. “We’re updating the link on @realDonaldTrump’s tweet to make this more clear.”

This does not make us an “arbiter of truth.” Our intention is to connect the dots of conflicting statements and show the information in dispute so people can judge for themselves. More transparency from us is critical so folks can clearly see the why behind our actions.

Trump advisers are presenting Roth’s tweets as evidence of alleged anti-conservative bias across Twitter and other tech companies. Donald Trump Jr. slammed Roth on Twitter after Breitbart reported on his past tweets. On Fox News Wednesday morning, senior adviser Kellyanne Conway called Roth “horrible” and read his Twitter handle out loud on air.

“Somebody in San Francisco go wake him up and tell him he’s about to get a lot more followers,” Conway said on “Fox & Friends” on Wednesday.

The jabs at Roth are part of the Trump world’s broader backlash to Twitter’s decision to add fact-checking labels to Trump’s tweets that claimed without evidence that vote by mail is being used by Democrats to commit voter fraud. The tweets now include a disclaimer reading “get the facts” with a link to independent fact-checkers who debunk Trump’s claim.

This is the first time Twitter has taken action to mediate Trump’s false or misleading statements on the platform. Twitter has been upbraided by Trump critics over the years who say the platform enables Trump to spread falsehoods despite its policies against misinformation.

Trump lashed out at Twitter in response to the labels early Wednesday, threatening to shut down or “strongly regulate” social-media platforms that he claims are unfair to conservatives.

Twitter has now shown that everything we have been saying about them (and their other compatriots) is correct. Big action to follow!

Charles Davis contributed to this report.