Trump tweets that reopening the country from coronavirus lockdowns 'is the decision of the President,' but it's actually up to the states 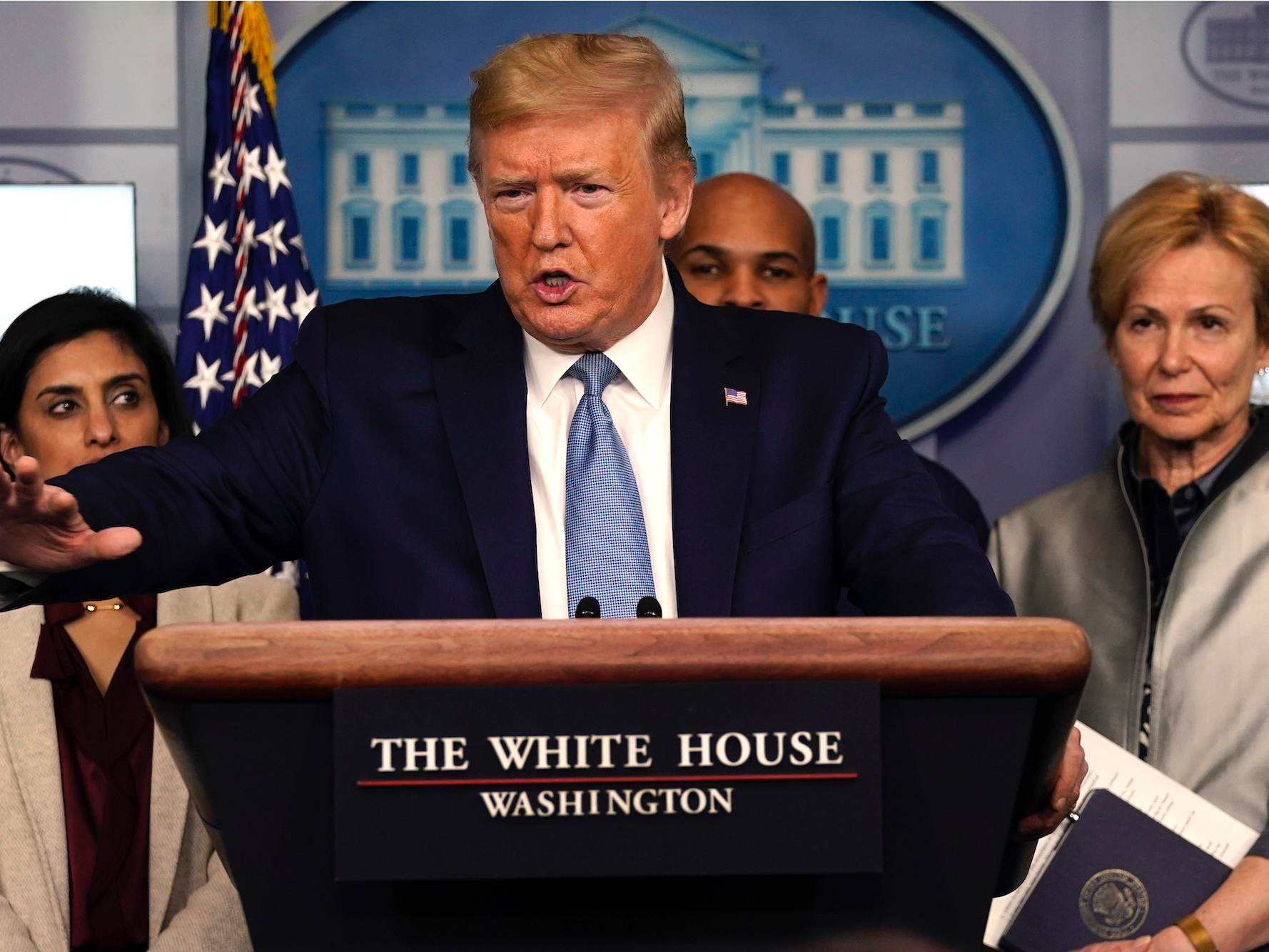 President Donald Trump on Monday tweeted, incorrectly, that it was the president and the federal government that had the power to direct states to lift restrictions imposed because of the coronavirus crisis, not the governors who issued the orders in the first place.

It was the latest sign that the president is impatient for the economy to reopen fully. Markets have fluctuated and unemployment has skyrocketed as the restrictions keep Americans home to prevent the spread of the novel coronavirus, which as of Monday morning had infected more than 500,000 people and killed more than 21,000 people in the United States. The country has by far the worst outbreak, according to data from Johns Hopkins University.

Trump’s desire to quickly ramp up economic activity sets up more conflicts with public-health experts – some of whom expect the shutdown to last several more weeks – and state governors, a handful of whom have clashed with Trump over the federal government’s response to the crisis.

In two tweets on Monday, Trump accused the “Fake News Media” of “creating conflict and confusion” by reporting that governors have these powers, which they do.

“It is the decision of the President, and for many good reasons,” Trump wrote.

“With that being said,” he continued, “The Administration and I are working closely with the Governors, and this will continue. A decision by me, in conjunction with the Governors and input from others, will be made shortly!”

The orders urging Americans to stay at home, closing nonessential businesses, and barring large gatherings were not issued by the federal government but by individual governors, cities, and municipalities. About 95% of Americans are under such orders, according to Insider’s analysis, and many of them come with legal penalties or fines for noncompliance.

As Insider’s Jake Lahut reported in March, it is the governors who have the power to “reopen” their states by rescinding the orders; the 10th Amendment protects their right to do so. Trump could consider legal action against states or use his platform to urge Americans to go out despite the orders, but he has so far declined to do that.

The Trump administration has, in fact, declined to issue a nationwide lockdown or stay-at-home order. On March 24, Vice President Mike Pence told Fox News that the coronavirus task force he leads had “at no point” discussed such a move.

The White House has issued guidelines urging Americans to “slow the spread” of the coronavirus by practicing good hygiene, avoiding large groups, and taking other steps. But this was not an official order.

In late March, just as much of the nation began settling into social-distancing practices and quarantines, Trump said he thought the US would be reopened by Easter, a claim he soon backed down on when it became clear it would not be possible.

The president has since floated a date of May 1, though public-health experts have described that as unrealistic. At a White House coronavirus task force briefing on Friday, Trump said he would be creating an “opening our country council” aimed at jump-starting the economy.

On Sunday, Food and Drug Administration Commissioner Stephen Hahn told ABC News’ “This Week” that the May 1 date is “a target.”