'Any difficulty and we will assume control but, when the looting starts, the shooting starts': Trump threatens to send in National Guard in response to protests over George Floyd's death 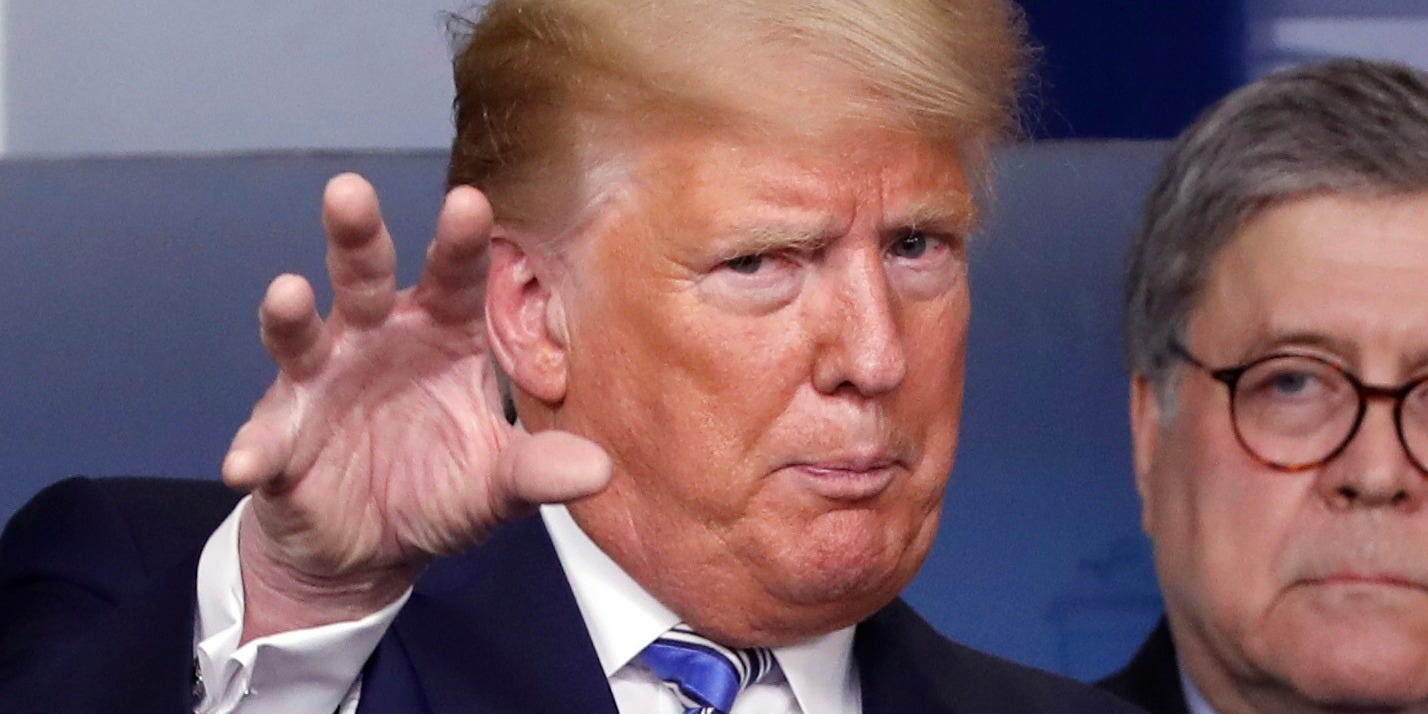 Associated PressPresident Donald Trump talks during a briefing about the coronavirus in the James Brady Briefing Room, Monday, March 23, 2020, in Washington, as Attorney General William Barr looks on.

US President Donald Trump tweeted just after midnight on Friday a threat to shoot rioters in Minnesota.

“I can’t stand back & watch this happen to a great American City, Minneapolis,” the president tweeted, blaming the “very weak Radical Left Mayor, Jacob Frey,” for social unrest that has gripped the city since the death of George Floyd in police custody on Monday.

Trump later appeared to quote former Miami Police Chief Walter Headley, who in December 1967, said “when the looting starts, the shooting starts.” Headley was police chief during racially charged protests in Miami in 1967 and was known for his “stop and frisk” tactics.

“….These THUGS are dishonoring the memory of George Floyd, and I won’t let that happen,” Trump tweeted. “Just spoke to Governor Tim Walz and told him that the Military is with him all the way. Any difficulty and we will assume control but, when the looting starts, the shooting starts. Thank you!”

Trump condemned the death of Floyd and tweeted yesterday that the Department of Justice and FBI would be looking into the death.

Trump has a history of conflict with Frey. Last year, the mayor sought to have the Trump campaign pay the cost of the president’s October 2019 rally in the city. The campaign, in turn, threatened to sue the city, ultimately forcing local taxpayers to foot the $US542,000 bill.

“The Police are fighting the Radical Left Mayor,” he said on Twitter. “I LOVE the Cops for Trump shirts. Want to bring some home. I am with you 100%!”