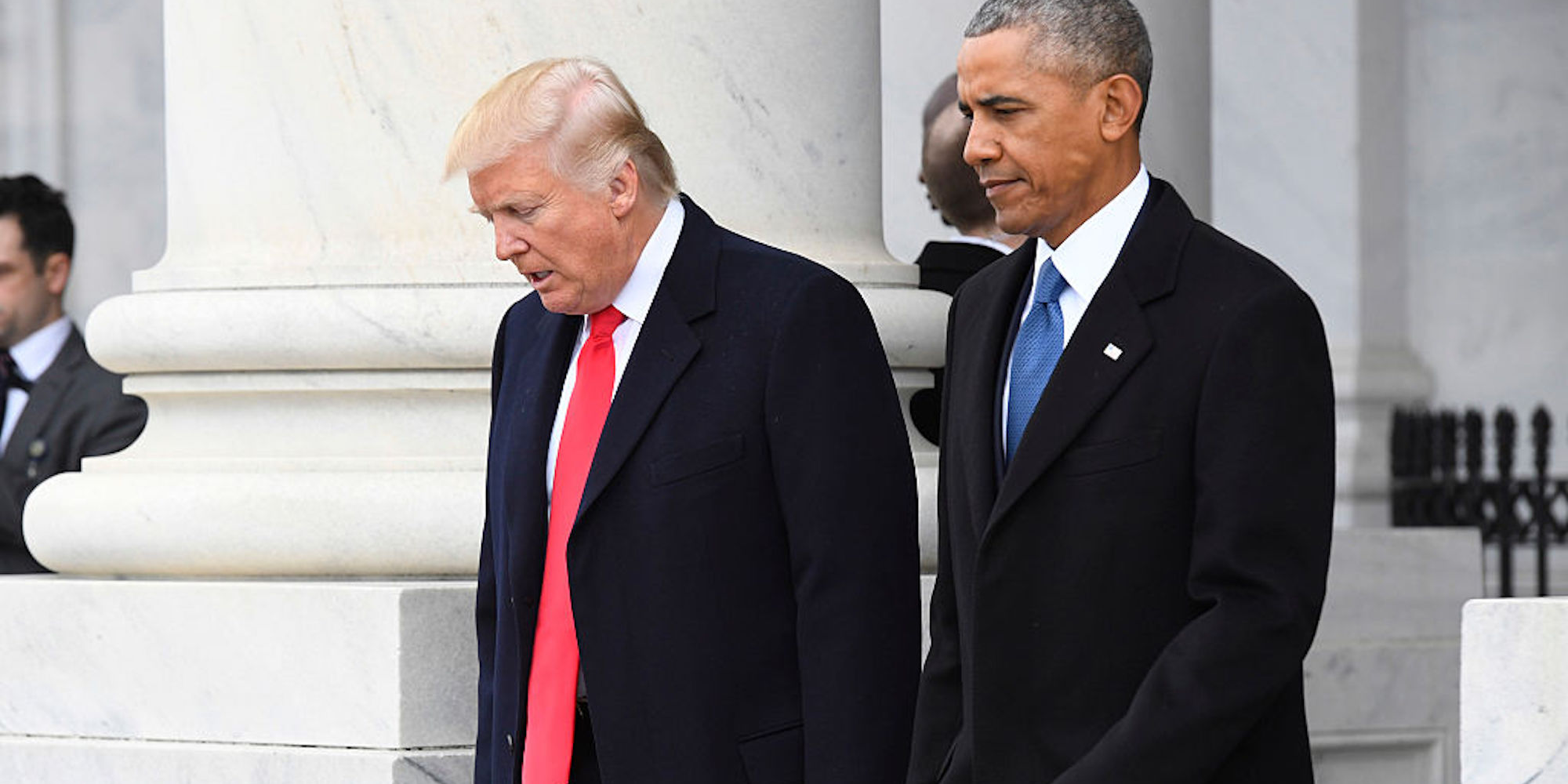 Former President Barack Obama took the spotlight at the Democratic National Convention on Wednesday to deliver a forceful endorsement of Joe Biden, the 2020 Democratic presidential nominee, and an equally forceful rebuke of President Donald Trump.

And it appears Trump was watching.

“HE SPIED ON MY CAMPAIGN, AND GOT CAUGHT!” the president tweeted at 10:33 p.m. ET, as Obama’s prerecorded speech was playing at the DNC.

Trump tweeted shortly after Obama said his successor had shown “no interest in treating the presidency as anything but one more reality show that he can use to get the attention he craves.”

Trump “has shown no interest in putting in the work, no interest in finding common ground, no interest in using the awesome power of his office to help anyone but himself and his friends,” Obama said, adding, “Donald Trump hasn’t grown into the job because he can’t. And the consequences of that failure are severe.”

Trump and his allies have long accused the Obama administration and senior officials at the FBI and the Justice Department of inappropriately “spying” on Trump’s 2016 campaign. However, a sweeping investigation by the department’s inspector general, Michael Horowitz, found no evidence that Obama officials or the FBI spied on Trump.

Obama didn’t mince words on Wednesday as he skewered Trump’s botched response to the COVID-19 outbreak. The US has the highest number of positive cases – about 25% of the world’s total, despite having just 4% of the population.

“The consequences of that failure are severe: 170,000 Americans dead, millions of jobs gone, while those at the top take in more than ever,” Obama said. “Our worst impulses unleashed, our proud reputation around the world badly diminished, and our democratic institutions threatened like never before.”

Obama largely stayed on the sidelines of the 2020 presidential race until it became clear that Biden would be the Democratic nominee. Obama endorsed his former vice president in April, telling supporters in a video that Biden “has all the qualities we need in a president right now.”

The president mentioned Obama’s endorsement in another tweet Wednesday night, writing in all caps: “WHY DID HE REFUSE TO ENDORSE SLOW JOE UNTIL IT WAS ALL OVER, AND EVEN THEN WAS VERY LATE? WHY DID HE TRY TO GET HIM NOT TO RUN?”

Trump appeared to be referring to reports that said Obama was initially worried that Biden might “embarrass himself” if he ran for president.

Obama has thrown his support behind Biden this year, and in his speech he urged young Americans to register to vote and help their friends and family register as well.

The former president tore into Trump and Republicans – without directly naming them – for spreading misinformation about voting by mail and accused them of taking steps to make it more difficult for people to vote. He also praised protesters for pushing back on those actions and demonstrating against policies they see as unjust.

Obama closed his speech by saying that the Trump administration “has shown it will tear our democracy down if that’s what it takes for them to win.”