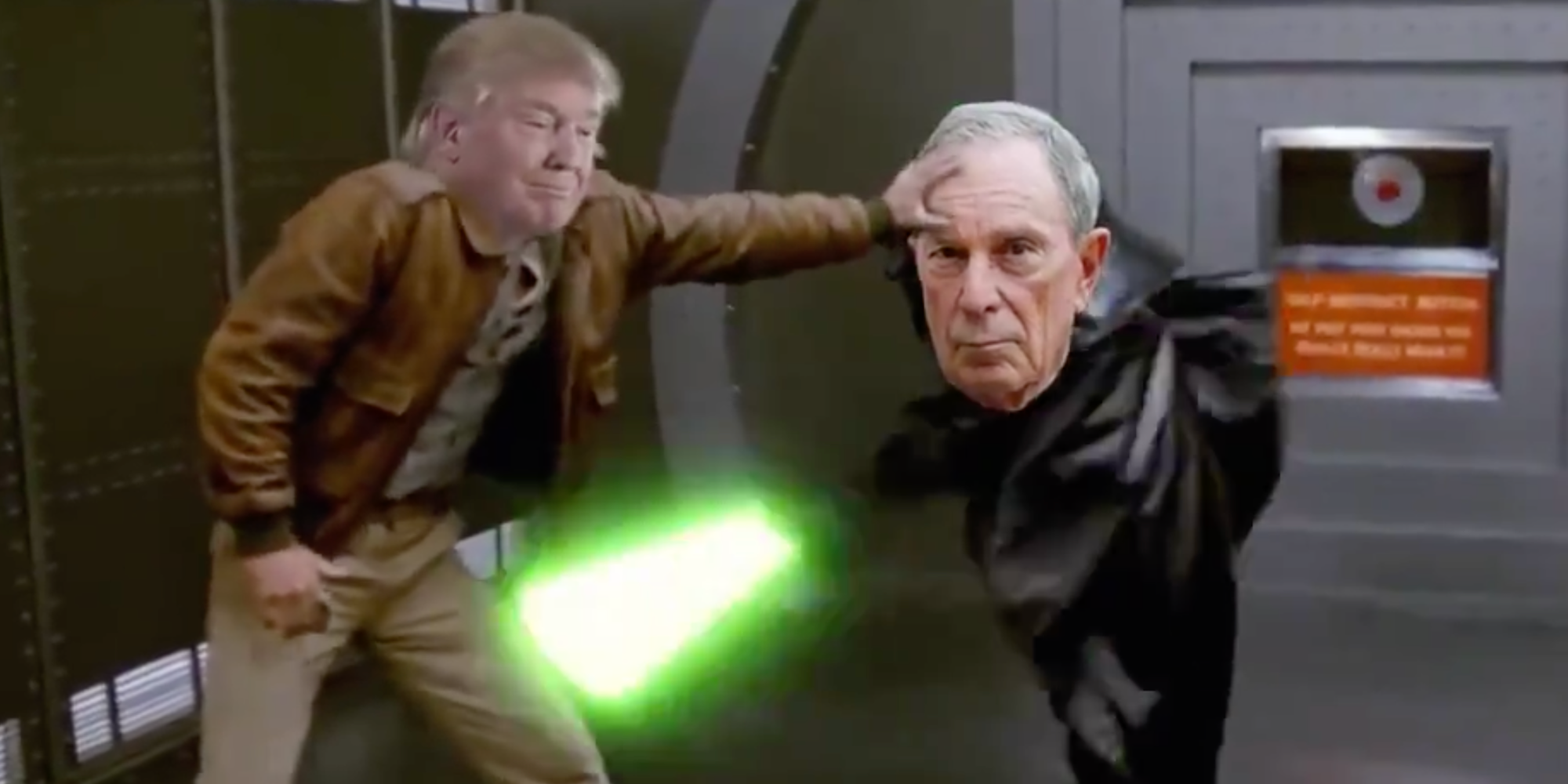 President Donald Trump and former Democratic presidential candidate Mike Bloomberg are continuing their feud on Twitter, trolling each other with sci-fi themed videos.

Trump ridiculed the former New York City mayor for dropping out of the presidential race on Wednesday. Bloomberg claimed victory in just one Super Tuesday race, despite spending $US500 million on advertising and campaigning.

“Mini Mike Bloomberg just ‘quit’ the race for President. I could have told him long ago that he didn’t have what it takes, and he would have saved himself a billion dollars, the real cost. Now he will pour money into Sleepy Joe’s campaign, hoping to save face. It won’t work!” the president tweeted.

Bloomberg’s campaign had taken the battle to Trump on social media before the candidate dropped out of the campaign, responding to the president’s Twitter jibes with insults of its own. Other candidates have chosen not to respond to Trump’s personal, insult-driven attacks on the same level.

Bloomberg’s campaign in Nevada put up a series of billboards, ridiculing Trump for liking well-done steak and cheating at golf.

Despite his poor showing in the Super Tuesday contests, Bloomberg has pledged that his battle to end Trump’s presidency is not over.

He has declared his support for front-runner Joe Biden, and on Thursday the Washington Post reported that he is founding an independent expenditure group absorbing thousands of former campaign employees to back the campaign of the eventual Democratic nominee.