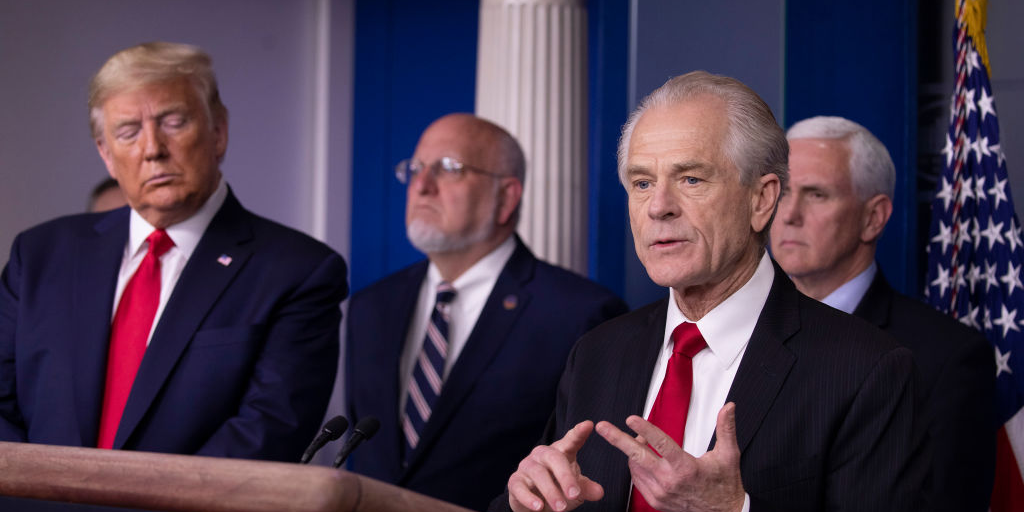 Peter Navarro, the top trade adviser to President Trump, blasted the medical experts guiding the nation’s response to the coronavirus pandemic as “tone-deaf” – and said he believed a long economic shutdown could be worse than the virus itself.

In an interview with The New York Times published Monday, Navarro urged against a prolonged shutdown of economic activity. He argued that the resulting damage could inflict worse health outcomes on the American public.

“It’s disappointing that so many of the medical experts and pundits pontificating in the press appear tone-deaf to the very significant losses of life and blows to American families that may result from an extended economic shutdown,” he said.

Navarro went on: “Instead, they piously preen on their soap boxes speaking only half of the medical truth without reference or regard for the other half of the equation which is the very real mortal dangers associated with the closure of the economy for an extended period.”

In the interview, he cited a 2017 study finding that a loss of manufacturing jobs in the US correlated with a rise in suicides, drug overdoses, and alcohol poisoning, among other outcomes.

Navarro – who is coordinating the nation’s supply chain for medical goods – had previously warned in a White House memo back in January that an outbreak of the coronavirus in the US could kill up to 500,000 Americans and cost trillions of dollars to the economy.


Read more:
Buy these 11 stocks ideally positioned to take advantage of a rebound after the coronavirus market meltdown

The trade adviser’s comments reflect an ongoing debate within the Trump administration about striking a balance between containing the spread of the virus and curbing the economic fallout. Nearly 16 million Americans filed for unemployment in the last half of March, underscoring the severity of the crisis.

But public health experts say that reopening the economy too soon without a robust testing apparatus in place could be calamitous and prompt a new surge of coronavirus infections.

Trump, though, is eager to roll back economic restrictions and restore a sense of normal life in the US. His advisers are seeking to start doing so in May.

In a Monday tweet, the president said a decision on reopening the economy “will be made shortly!”