Trump reportedly took home $750,000 worth of art from the home of the US ambassador to France in 2018 after cancelling a World War I cemetery visit 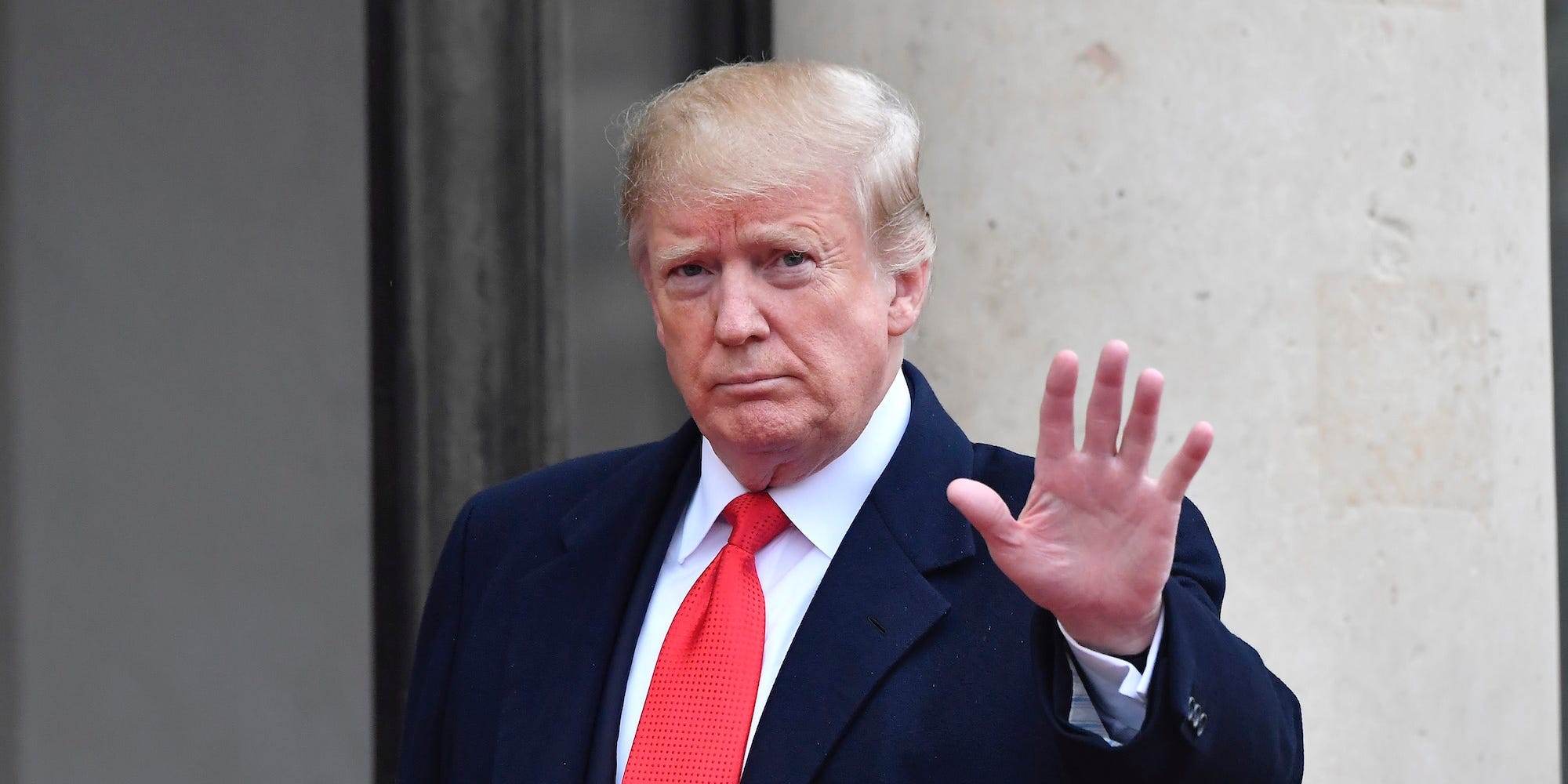 President Donald Trump took home art from the residence of the US ambassador to France during the 2018 visit in which he cancelled a journey to visit American World War I dead, according to a new Bloomberg report.

According to the outlet, the transfer caused tension between officials but was deemed legal because the pieces were US property.

All the pieces were discovered to be copies and replicas, the report said, but one unnamed source told Bloomberg the art was worth a combine $US750,000.

Bloomberg reported that Trump had extra time to spend in the Paris residence after cancelling a visit to a cemetery for American troops killed during World War I and found some pieces of art that he liked inside.

He ordered that the artwork be loaded onto Air Force One to be brought back to the White House, people familiar with the matter told Bloomberg.

The works consisted of a bust and a portrait of Benjamin Franklin as well as figurines of Greek mythical characters, the outlet reported. 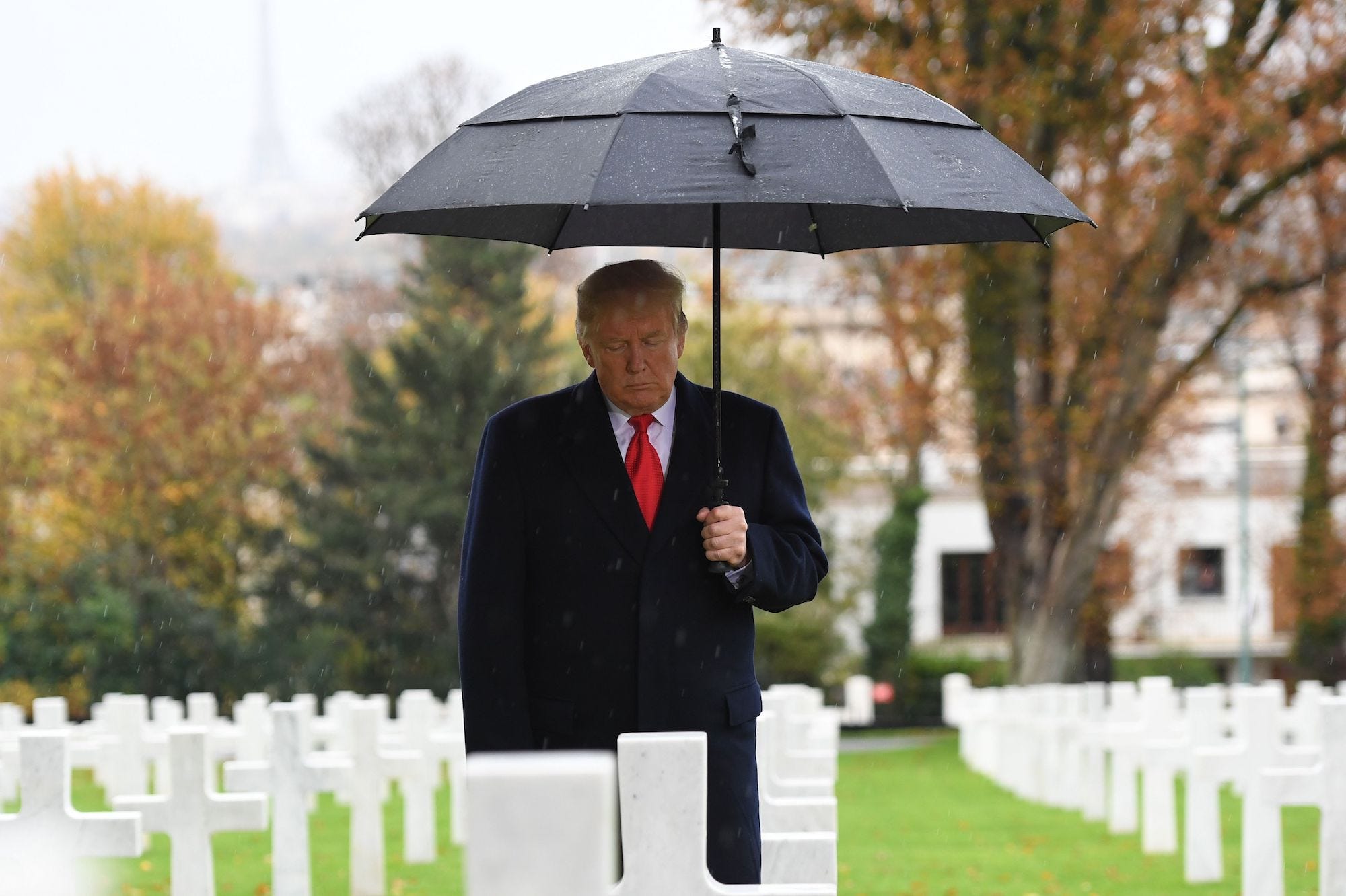 SAUL LOEB/AFP via Getty ImagesTrump at the American Cemetery of Suresnes outside Paris in November 2018 as part of commemorations marking the 100th anniversary of the end of World War I. He cancelled another cemetery journey on his trip.

The works were loaded onto Air Force One while Trump was at another ceremony, Bloomberg said.

Trump’s 2018 visit to France is receiving new attention after a report in The Atlantic on Friday cited multiple unnamed sources who said Trump during the visit privately described US Marines who died in France in World War I as “losers” and “suckers” among other disparaging remarks about US troops.

Trump has denied the report and called for the firing of a Fox News reporter who said she had confirmed some of the details.

Back in 2018, the White House had blamed bad weather for Trump cancelling the cemetery visit, a move that prompted widespread criticism as other world leaders took part in events in Paris to commemorate the 100th anniversary of the end of World War I. He did ultimately visit a different cemetery.

People briefed on the art move told Bloomberg that the US ambassador, Jamie McCourt, was “startled” but did not object to the works being taken out of her official residence, which displays artwork and offers tours.

Bloomberg also reported that Trump later joked the art would return “in six years,” when he would be about to leave the White House if he served a second term as president. 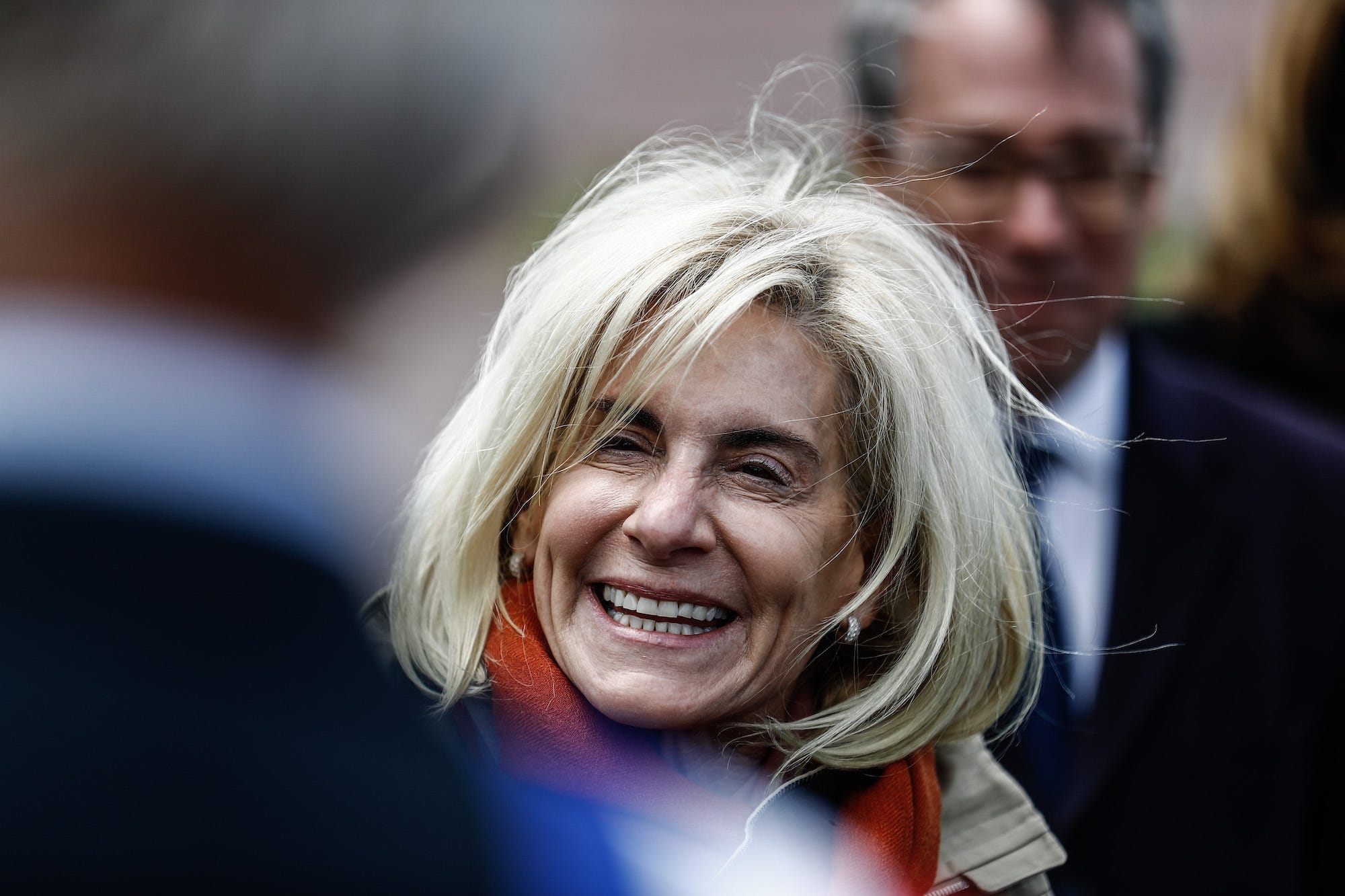 Bloomberg reported that Trump’s order resulted in “some hair-pulling and a furious exchange of emails” between the State Department and the White House but that moving the art was deemed to be legal.

“The president brought these beautiful, historical pieces, which belong to the American people, back to the United States to be prominently displayed in the People’s House,” a White House spokesman, Judd Deere, said in a statement to Bloomberg.

The artwork turned out to be replicas and copies

The figurines were put on the mantelpiece in the Oval Office.

But Patricia Wengraf, an art dealer in London, told Bloomberg the figurines were actually from the 20th century but made to look as if they were from hundreds of years earlier.

Trump was also told the bust of Franklin was a replica after White House art curators studied it, according to Bloomberg.

Upon hearing about the studies, Trump was said to have joked that he liked the replica bust better than the original piece.