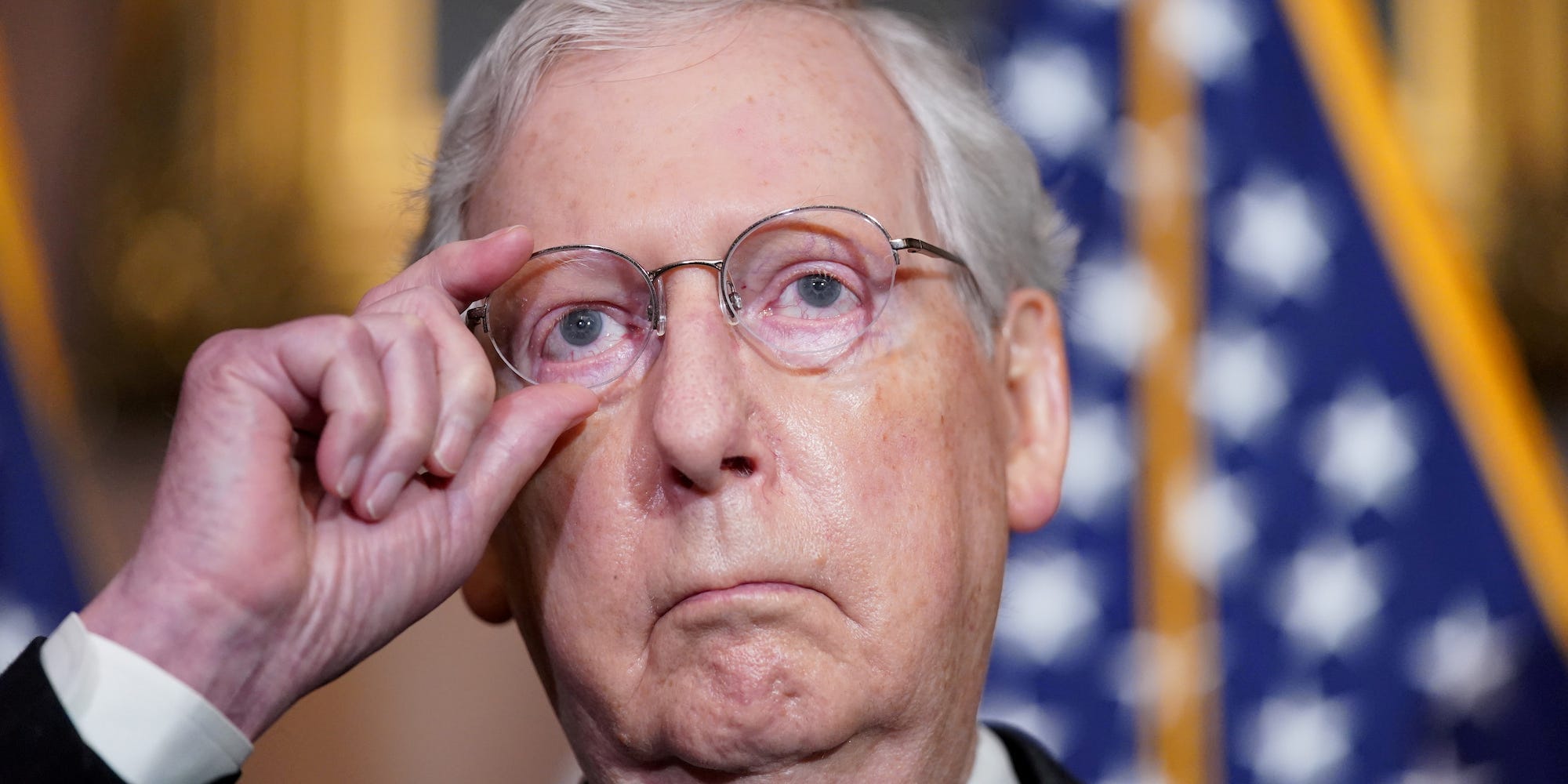 President Donald Trump could be blowing up Congress’ omnibus legislation including a $US900 billion stimulus deal and a bill to fund the government as retaliation for GOP lawmakers ‘abandoning’ his efforts to overturn the election, according to reports from Axios and Politico.

After weeks of high-stakes negotiating â€” much of which Trump was noticeably absent from â€” both chambers of Congress passed an omnibus package containing both COVID-19 relief and a spending bill to fund the government through the next fiscal year.

In a video posted to his social media pages on Tuesday, Trump reversed course after the White House indicated he would sign the bill. He slammed aspects of the $US900 billion deal and the government funding page as a “disgrace” and derided the $US600 per-person direct-aid stimulus checks included in the legislation “ridiculously low,” calling on Congress to raise the per-person amount to $US2,000 (an idea that many Democrats embraced) and send a new bill back to him.

The threat of a Trump veto has thrown Capitol Hill into chaos and left the fate of the many Americans reliant on unemployment aid and housing assistance in the balance.

“There’s a dark sense that’s setting in among lawmakers, aides and even some of those Trump World ‘insiders’ that this entire tantrum is because Republicans are abandoning him on the Electoral College vote and acknowledging that his presidency is over,” Politico’s Playbook PM newsletter reported on Wednesday afternoon. “This isn’t a policy fight, they say. This is a reaction to being abandoned.”

Axios similarly reported that Trump is causing so much chaos ahead of a crucial week for Congress because he wants to divert as much attention away from Biden as possible, and he still wants to exert as much control over the Republican Party as possible, even after he’s out of office.

“The president made a populist case against a bill his own Treasury secretary helped negotiate â€” and which Senate Majority Leader Mitch McConnell, who antagonized Trump by finally recognising Biden as president-elect, helped send to the Oval Office with a veto-proof majority,” Axios’ Mike Allen and Glen Johnson wrote Wednesday.

If Trump vetoes the bill, Congress could be put in the position of having to vote to override it. Lawmakers are already planning to override Trump’s veto of a separate $US741 billion legislative package to fund the military.

In addition to the federal government running out of money on Monday, December 28, the extra unemployment benefits, rental assistance and eviction moratoriums, and temporary halting of student loan payments from the CARES Act will all expire at the end of the month unless Congress steps in.

Also on Tuesday night, the White House unveiled a slew of 20 pardons and commutations for controversial figures including two people charged in the Mueller investigation, a group of government contractors convicted in 2007 for killing 14 Iraqi civilians, and two former members of Congress, Chris Collins and Duncan Hunter, who resigned from office after pleading guilty to insider trading and embezzling campaign funds, respectively.

EXCLUSIVE: A deputy to Eric Trump helped his family build a campaign shell company to protect the president from grift. But the secretive operation morphed into a mystery â€” even for top Trump campaign staffers.

While many GOP lawmakers entertained Trump’s insistence that he could still win the election or win legal challenges to election results (all of which he lost) for weeks, the tide began to turn against him when the Electoral College officially voted to make Biden the nexgt president on December 14.

The next day, Senate Majority Leader Mitch McConnell formally acknowledged Biden’s victory and congratulated him in a speech on the Senate floor.

And while a small group of conservative House Republicans are planning to raise a challenge to Congress accepting slates of electors in states that Biden won, it is unclear if any Senators will sign onto their effort, which would require both chambers of Congress to take a vote to accept or reject the slates of electors.

Incoming GOP Senator Tommy Tuberville has expressed interest in taking part in such a challenge, but McConnell has privately warned his caucus not to do so because it would force members to vote directly against Trump. Sen. John Thune, the Senate majority whip and second-highest-ranking Republican, said an effort to challenge Biden electors would “go down like a shot dog.”