Trump tests positive for COVID-19, a few hours after he said he was tested and entering the 'quarantine process,' following news that close adviser Hope Hicks tested positive for the coronavirus 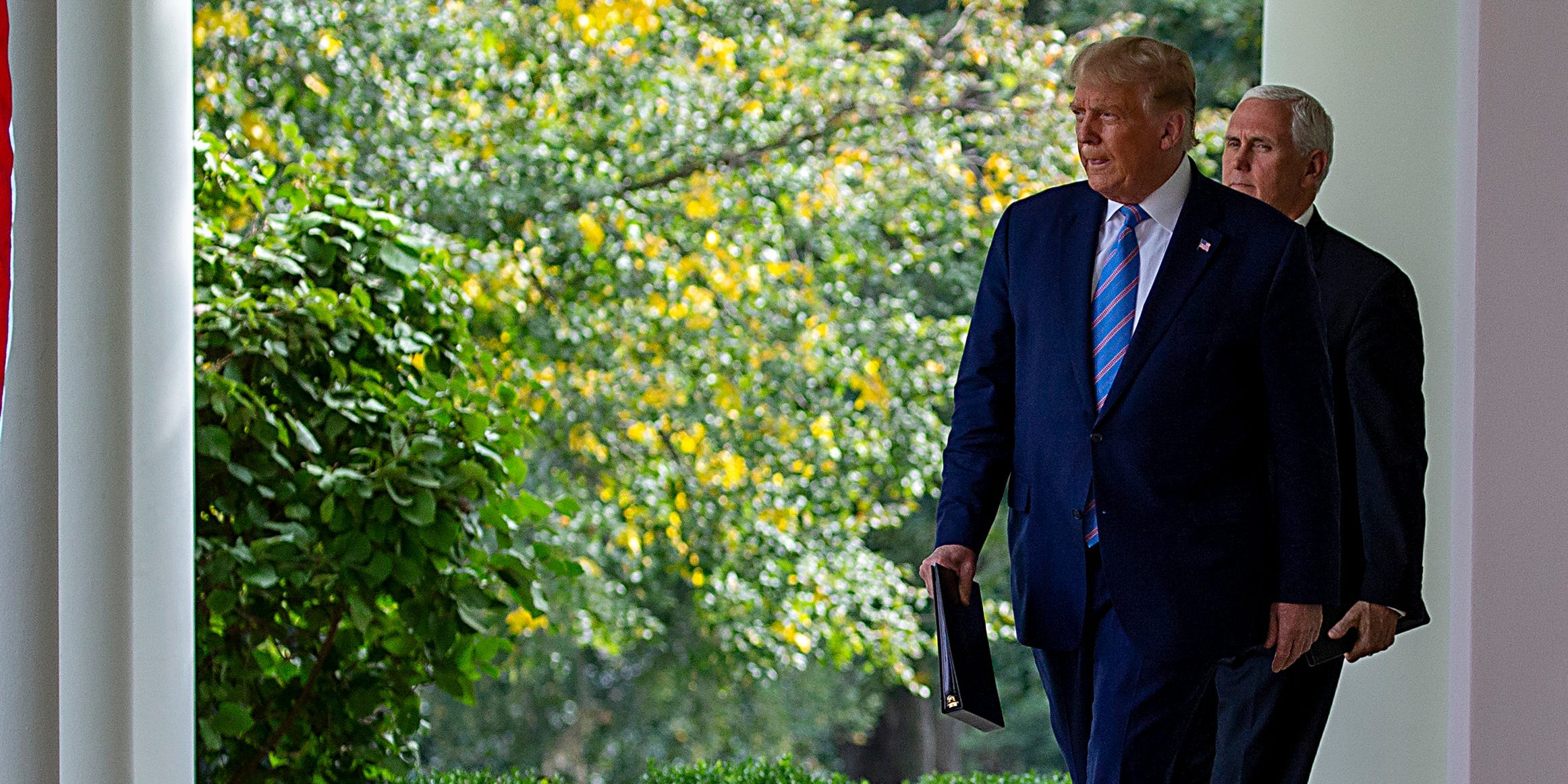 President Donald Trump said he was tested for COVID-19 after one of his counselors Hope Hicks tested positive for the novel coronavirus. Hours later, he announced on Twitter that he and the first lady tested positive.

Trump says he's just been tested because of Hope Hicks testing positive, then adds, "Whether we quarantine or whether we have it, I don't know." He adds, "We'll see what happens. Who knows."

“Whether we quarantine or whether we have it, I don’t know,” Trump said on Hannity. “We’ll see what happens. Who knows.”

“Hope Hicks, who has been working so hard without even taking a small break, has just tested positive for Covid 19. Terrible! The First Lady and I are waiting for our test results. In the meantime, we will begin our quarantine process!” he said.

This is the first time Trump would be quarantining following contact with someone who had the virus.

Hicks accompanied Trump aboard Air Force One to and from the first presidential debate on Tuesday. On Wednesday, Hicks also travelled with Trump and attended a Trump rally in Minnesota,CNN reported.

“I just went for a test and we’ll see what happens, I mean, who knows. … I spent a lot of time with Hope and so does the first lady, and she’s tremendous,” Trump said.

Hicks told people close to her that she is experiencing some of the symptoms of COVID-19, Bloomberg News reported.

White House officials have been aware since Wednesday evening that Hicks had the virus, according to The New York Times,

“The president takes the health and safety of himself and everyone who works in support of him and the American people very seriously,” White House spokesman Judd Deere told Business Insider.

“White House Operations collaborates with the Physician to the President and the White House Military Office to ensure all plans and procedures incorporate current CDC guidance and best practices for limiting Covid-19 exposure to the greatest extent possible both on complex and when the president is travelling,” he added.

Trump suggested that Hicks may have caught the virus from a supporter.

“She’s a very warm person. She has a hard time when soldiers and law enforcement comes up to her, you know, she wants to treat them great, not say, ‘Stay away, I can’t get near you.’ It’s a very, very tough disease,” Trump said.