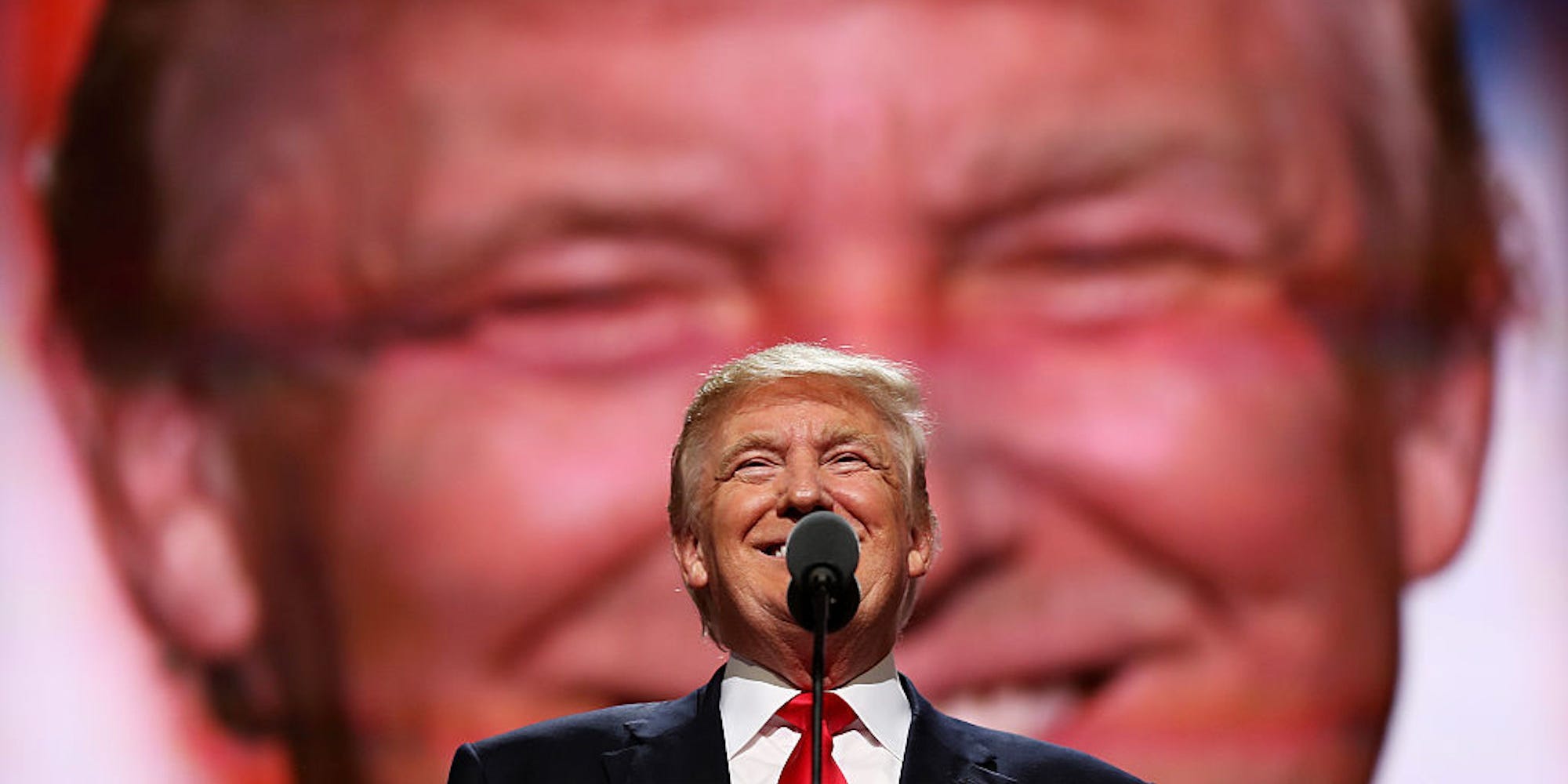 John Moore/Getty ImagesThen Republican presidential candidate Donald Trump delivers a speech during the evening session on the fourth day of the Republican National Convention on July 21, 2016 at the Quicken Loans Arena in Cleveland, Ohio.

In 2016 and 2017, according to a blockbuster New York Times investigation, President Donald Trump â€” alleged billionaire, business magnate, friend to the powerful, and owner of a $US54 million New York City penthouse â€” paid $US750 in federal income taxes. For 10 of the 15 years before, he paid no income taxes.

In 2019, on the other hand, I paid $US826 in federal income taxes. The year before, I made $US10,500 as a freelance writer. I was 26, living in my parents’ house, relying on Medicaid to cover doctor’s visits, and saving every penny I could. When April 2019 rolled around, I dutifully sent my payment to that mysterious P.O. Box in Kansas City. It took a significant chunk out of my savings at the time.

When I first saw Trump’s tax bills, a full $US76 less than what I paid as a broke, self-employed writer, I laughed. Trump’s crookedness is notorious. This is a man who spent thousands intended for charity on a portrait of himself and a signed Tim Tebow helmet, after all. But there was something about the brazen absurdity of it all that struck me. The nation’s most powerful person gave less than the cost of a new iPhone to the country he runs.

But instead of seeing these tales as incidental failures, it is better to reckon with the tiny tax bills for what they are: the product of a broken system intentionally warped to help the wealthy and powerful.

Trump isn’t an outlier, or a bad apple

Trump’s deceit is the product of a system that rewards the wealthiest Americans, and lavishes loophole after loophole on them. According to the Times, the president used the tools available to him, from write-offs for his hair to steep financial losses, to avoid a larger tax bill.

His rotten chicanery may be more extreme than that of his rich compatriots, it’s all just shades of red. The system is broken, but it was designed to be that way. 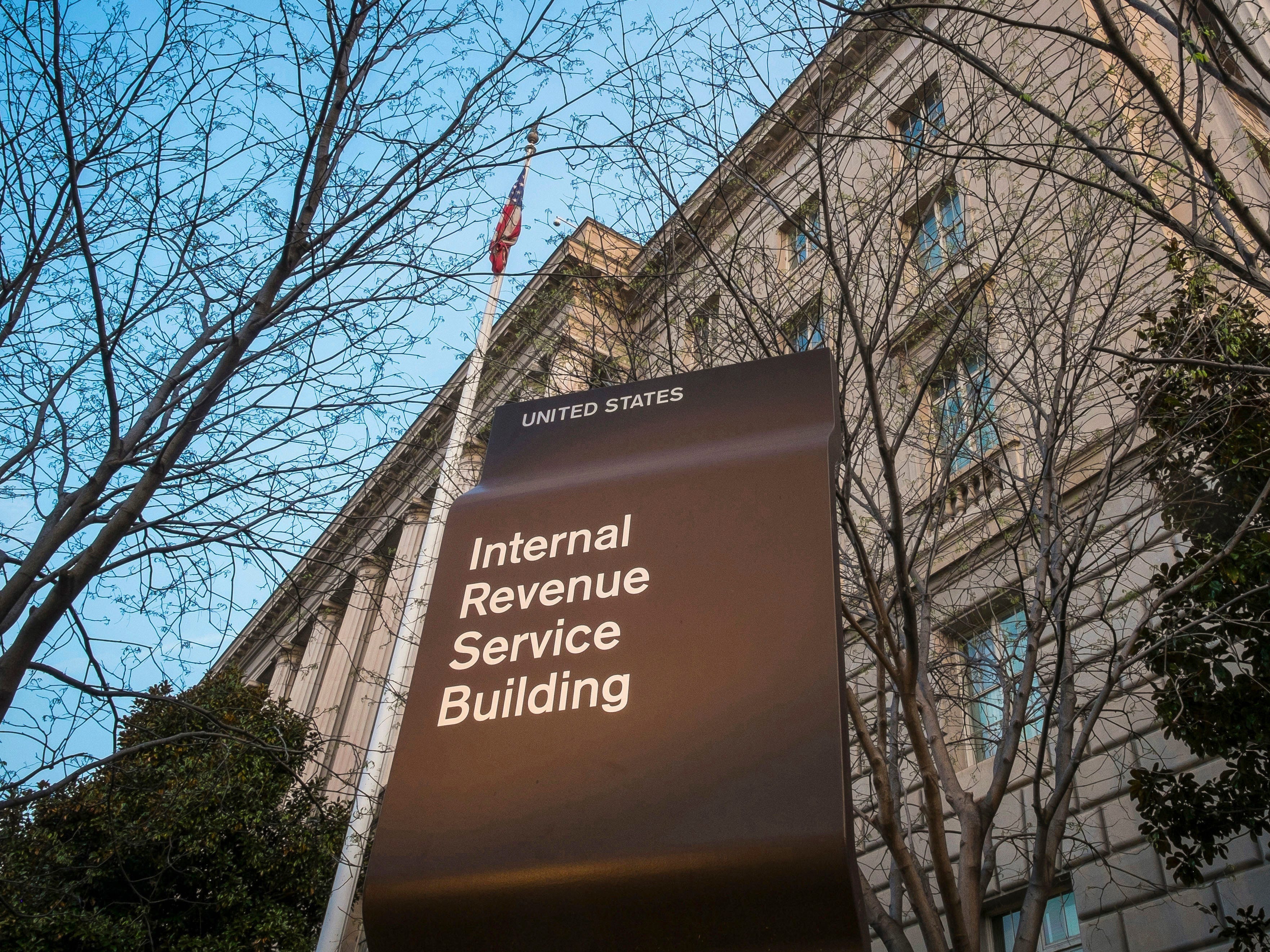 You can see the system in action when Trump fights the IRS over a $US72.9 million refund while regular Americans get their stimulus checks garnished to pay off debts. You can see it in the offshore and domestic havens that allow wealthy people to avoid paying taxes. You can see it in Trump’s 2017 tax legislation, which heaped a huge amount of its benefits on the rich, and in his coronavirus relief executive orders, which did the same.

Meanwhile, undocumented immigrants, who are vilified and failed by the state at every turn, still manage to pay their taxes. Black and brown Americans get screwed out of tax benefits. The poorest Americans keep getting audited because it’s “easier and cheaper” for the IRS, as ProPublica reported in 2019.

The vast majority of Americans can’t afford fancy accountants to help them navigate the country’s archaic and confusing tax code. Instead, they’re left to figure it out on their own, or with the “help” of tools like TurboTax, which took money from them and put it into the pockets of its executives. Asking the IRS itself for help is often a dead end: budget cuts â€” another useful tool for the wealthy â€” have left the agency in shambles, and in 2015, only 40% of callers were able to talk to an actual person there.

And it’s not just wealthy individuals; the system favours big corporations, too. In 2019, Amazon â€” one of the biggest companies in the world, led by the richest man on the planet â€” paid federal income taxes for the first time since 2016. The bill was $US162 million, just over 1% of its pre-tax income, according to CNBC.

According to a 2019 report by the Institute on Taxation and Economic Policy, 60 companies, including Netflix, Chevron, and Eli Lilly, did not pay federal income taxes in 2018. “Instead of paying $US16.4 billion in taxes, as the new 21% corporate tax rate requires, these companies enjoyed a net corporate tax rebate of $US4.3 billion, blowing a $US20.7 billion hole in the federal budget last year,” the report concluded.

Today, my freelance days are over, and I have a full-time job with a good salary. I now pay much more in income taxes than I did in 2019. That’s a good thing; it’s how the system should work. If only the president and his wealthy friends thought so too.

Trump’s reported $US750 tax bill is smaller than the average payment for an American household making $US20,000 a year