Trump reportedly supports sending another wave of $1,200 stimulus checks because he believes it will help him win reelection 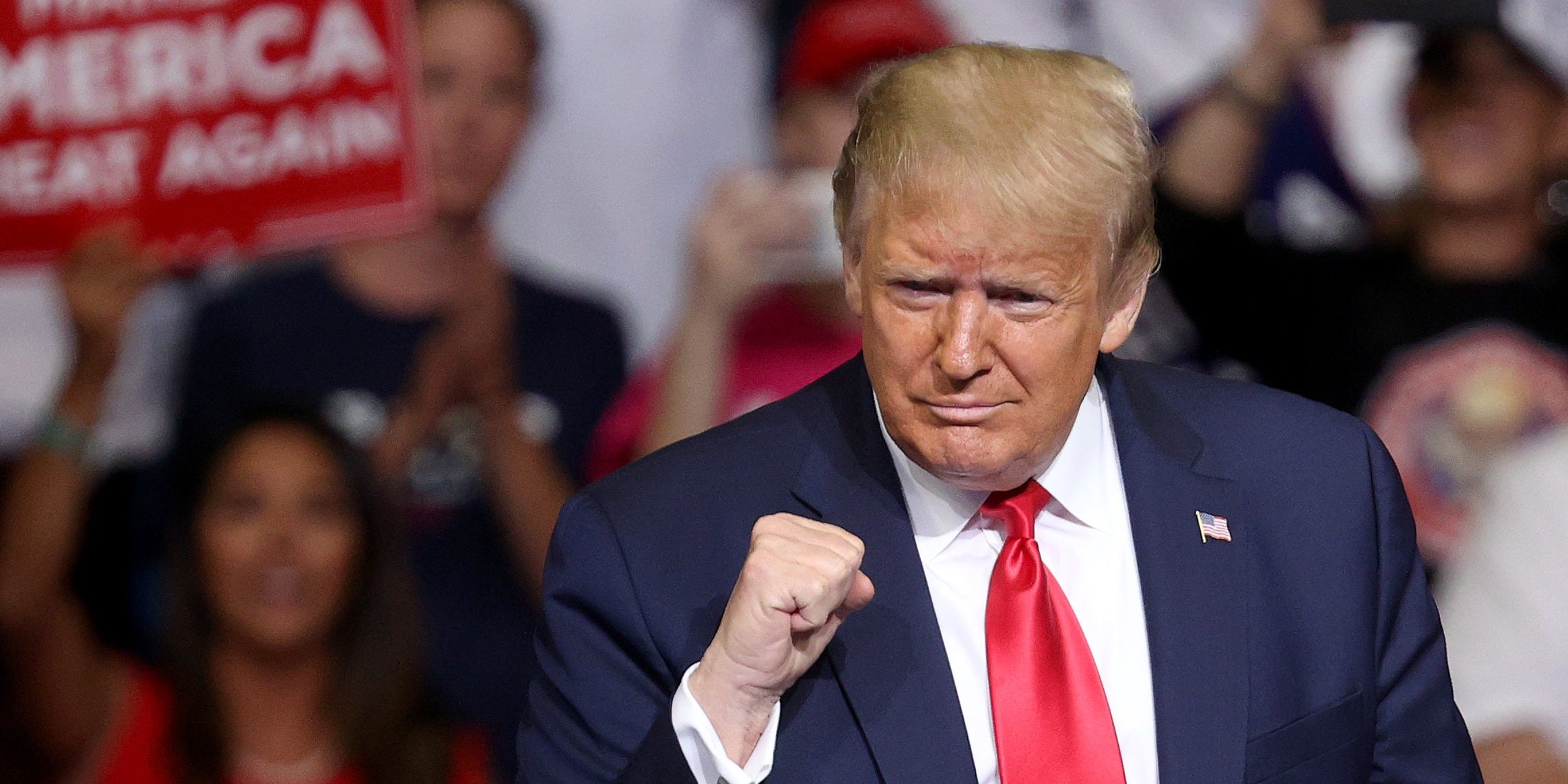 President Donald Trump has expressed support for sending Americans another round of stimulus checks, telling aides he believes it would strengthen his chance of being reelected and boost the economy, The Washington Post reported on Tuesday, citing three sources familiar with the administration’s internal deliberations.

The Trump administration hasn’t adopted a clear stance on the measure, and rifts have emerged within the White House over the prospect of sending additional federal cash straight to Americans.

Treasury Secretary Steven Mnuchin, who earlier this month opened the door to more direct payments, has expressed support for the initiative, The Post reported.

But other administration officials, such as Larry Kudlow, the director of the National Economic Council, have expressed scepticism about cutting government checks en masse again, particularly to people who already received one.


Read more:
Morgan Stanley handpicks 10 stocks to buy now for the richest profits as travel and outdoor activities transform in the post-pandemic world

In March, Congress and the Trump administration authorised $US1,200 stimulus checks to be sent to individuals earning under $US75,000 a year, plus an extra $US500 for dependent children, under the Cares Act. Over 159 million Americans had received direct payments by the beginning of June, per the IRS.

But the government payout triggered criticism, as some people reported roadblocks in accessing the funds. There was also substantial controversy when the Treasury Department printed Trump’s name on the paper checks and when the IRS sent taxpayers a letter on White House letterhead praising the administration’s economic response to the coronavirus pandemic.

Economists have said the federal money helped shore up people’s finances as unemployment surged to record levels. A study from the Kellogg School of Management at Northwestern University published in early May found that the payments had provided relief for people with fewer dollars in their bank accounts.


Read more:
Dave Portnoy, the poster child of the day-trading boom, told us why he thinks Warren Buffett is ‘past his prime’ and was wrong to ditch airline stocks

Much of the spending, researchers said, went toward groceries, rent, and other bill payments. The stimulus checks were also a critical component of helping to keep people from falling into poverty as the economy cratered in April and May, research from the University of Chicago and the University of Notre Dame found.

House Democrats included another wave of $US1,200 direct payments in the spending package the chamber passed last month, widening eligibility to unauthorised immigrants and increasing the payment size for dependents. But Senate Republicans opposed the bill and haven’t proposed an alternative.

Congressional Republicans have grown wary of ramping up federal spending to confront the economic fallout of the coronavirus pandemic. Lawmakers have approved over $US3 trillion in emergency spending so far.


Read more:
Dennis Lynch and Kristian Heugh run the best large-company stock funds of the last 10 years. The legendary investors break down the 5 principles that guide their quest for long-term growth.

Last month, Senate Majority Leader Mitch McConnell blasted the provision to send federal cash to unauthorised immigrants left out of the initial wave of federal payments. It’s unclear whether the GOP will support more payments, as it has long opposed Trump’s call for another payroll-tax cut.

In an interview with Scripps Network that aired Monday, Trump signalled that he was on board with the idea of more stimulus checks but did not give further details. He also expressed support for another economic relief package.


Read more:
A 30-year market veteran explains why we’re in ‘one of the nutsiest bubbles in the history of bubbledom’ – and warns of an ‘underwater’ economy for the next several years