One of the Trump supporters who stormed the US Capitol was carrying 11 Molotov cocktails and an assault rifle, prosecutors say 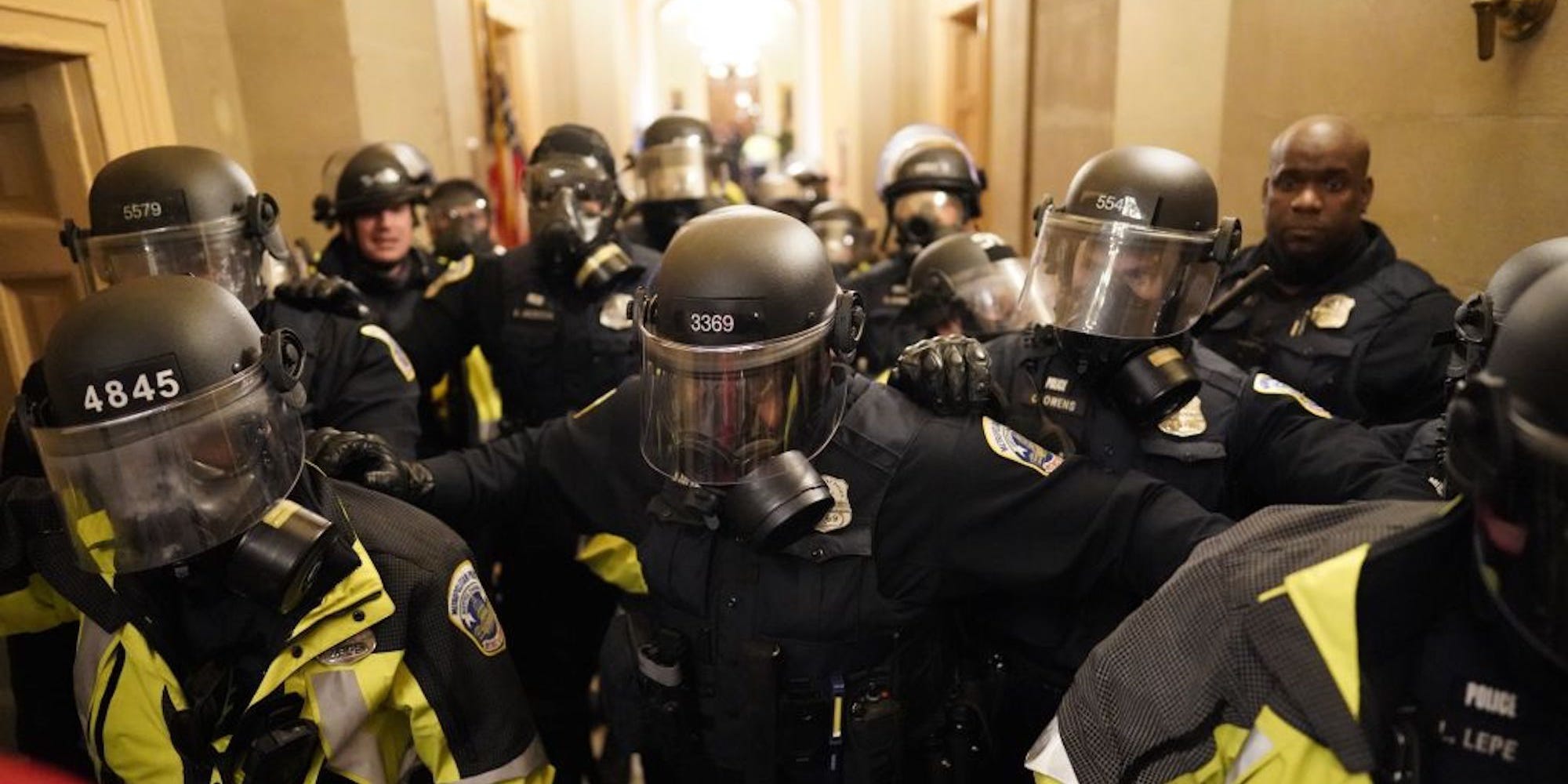 Kent Nishimura / Los Angeles Times via Getty ImagesRiot police clear a hallway in the US Capitol on Wednesday.

A man arrested during the riot at the US Capitol on Wednesday was carrying 11 Molotov cocktails and a semiautomatic rifle, a federal prosecutor said on Thursday.

At a press conference, Michael Sherwin, the acting US attorney in Washington, DC, described prosecutors’ charges against members of the pro-Trump mob that attacked the Capitol building.

Sherwin told reporters that 15 federal charges had been filed against people who were at the riot, including charges of illegally entering the Capitol, possessing a firearm, and stealing congressional property.

Among those facing federal charges was the man who was arrested with the Molotov cocktails, a type of makeshift explosive, Sherwin said. He described the devices as “ready to go.” He didn’t name the man.

Acting US Attorney Michael Sherwin said prosecutors expect to file 15 federal criminal cases related to the incident at the Capitol. One man who was arrested had a military semi-automatic rifle and 11 Molotov cocktails "that were ready to go."

He said that 40 more cases had been filed in the DC Superior Court, with charges including theft and firearms possession.

“Make no mistake about this: It was a very dangerous situation,” Sherwin said. “We are aggressively trying to address these cases as soon as possible.”

He also said that a large amount of material was stolen from congressional offices during the riot and that it could have implications for national security.

“Electronic items were stolen from senators’ offices. Documents, materials were stolen, and we have to identify what was done, mitigate that, and it could have potential national-security equities,” Sherwin said.

“If there was damage, we don’t know the extent of that yet,” he added.

Sherwin said he couldn’t provide much information on who was responsible for improvised explosive devices found elsewhere in Washington, DC, on Wednesday, at the headquarters of the Republican National Committee and the Democratic National Committee.

#FBIWFO is offering a reward of up to $50K for info leading to the location, arrest & conviction of the person(s) responsible for the pipe bombs found in DC on Jan. 6. https://t.co/q9pdw6Rnoy pic.twitter.com/aQ7Vz4uydO

The FBI on Friday released grainy images of a masked person who it said was suspected of involvement in planting both pipe bombs. It offered a $US50,000 reward for information.

Capitol Police said in a separate statement on Thursday that its officers were attacked with metal pipes and chemical irritants while trying to defend the Capitol.

Later Thursday, officials announced that a Capitol Police officer, Brian Sicknick, had died of injuries sustained in the riot. Sicknick’s death brought the number of fatalities in the riot to five.

Affidavits obtained by CNN and The Daily Beast said one person was charged with repeatedly punching a Capitol Police officer during the riot.

Another person was said to have been arrested with a bulletproof vest, a handgun, a gas mask, a pocketknife, a first-aid kit, military-style rations, and 25 rounds of ammunition.