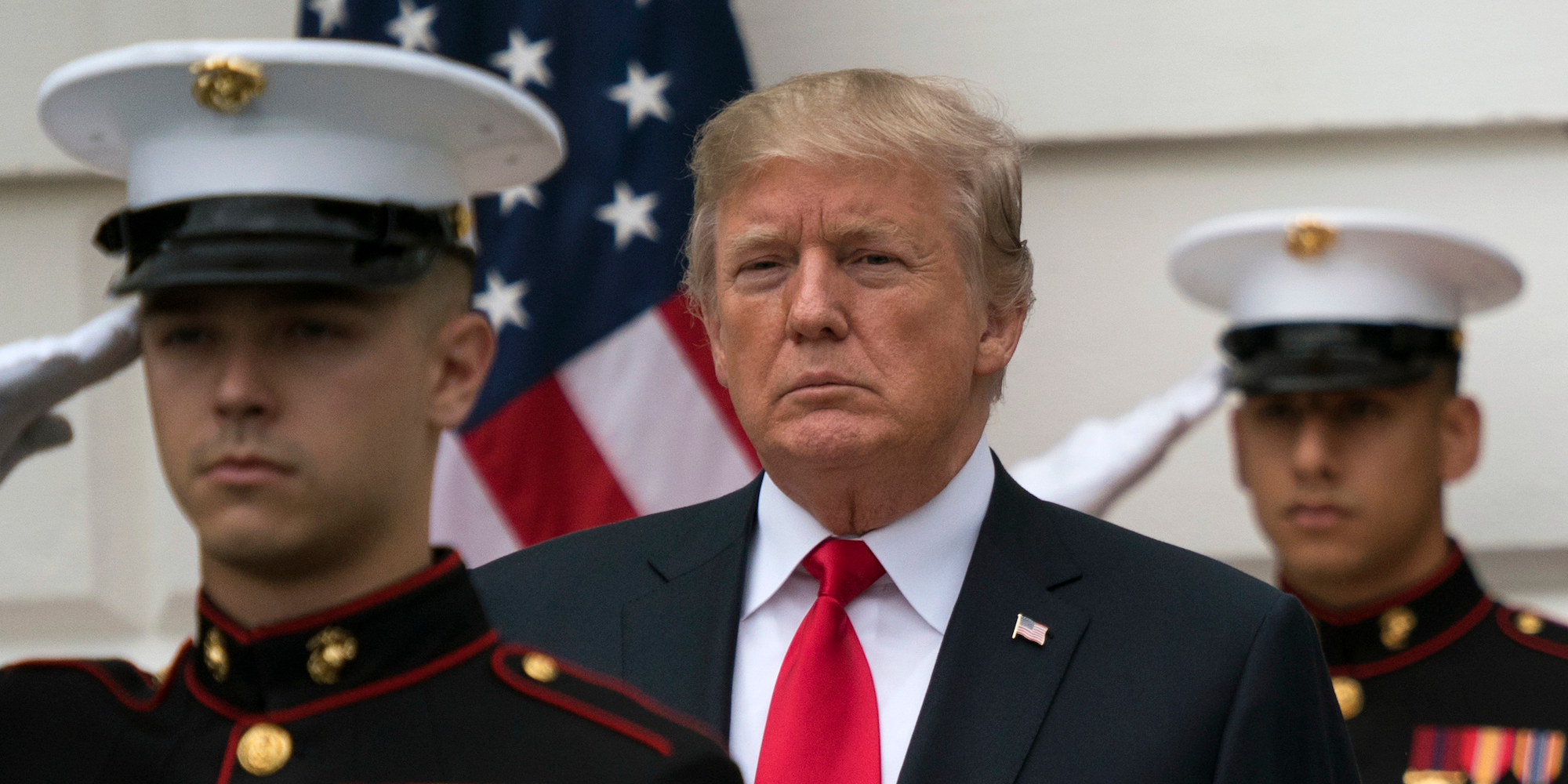 Just a few hours before he and first lady Melania Trump tested positive for COVID-19, President Donald Trump suggested that interactions with the military and police were to blame for a member of his staff falling ill.

After news broke Thursday evening that senior aide and presidential adviser Hope Hicks had tested positive for COVID-19 after travelling with the president, Trump told Fox News’ Sean Hannity that she might have caught the virus from a member of the military or someone from law enforcement.

“She wears masks a lot, but she tested positive,” Trump told Hannity before saying that he and the first lady had gotten tested because they spent a lot of time with Hicks.

“It is very, very hard when you are with people from the military or from law enforcement and they come over to you,” Trump said. “They want to hug you, and they want to kiss you because we really have done a good job for them.”

“You get close, and things happen. I was surprised to hear with Hope, but she’s a very warm person with them,” he said. “She knows there’s a risk, but she is young.”

Hicks frequently comes in contact with active-duty military members who fly the president’s aircraft, serve as ceremonial guards, and greet him and top officials when he visits their bases. The president did not mention a specific instance when troops recently hugged Hicks. It’s extremely unlikely for a service member in uniform to breach protocol with a hug, especially during a pandemic.

Early Friday, Trump announced on Twitter that he and Melania had tested positive for COVID-19.

It remains to be seen if the president will attempt to use the military or law enforcement as an explanation for his positive test.

Trump has repeatedly downplayed the severity of COVID-19, a virus that has infected millions in the US and claimed the lives of 200,000 Americans.

He has also mocked his political opponent and Democratic presidential nominee Joe Biden for wearing masks and keeping his distance from supporters at events.

It is unclear where the president may have contracted the virus. He attended the first presidential debate this past week, as well as several rallies. In his travels, he has passed frequently through the Joint Base Andrews-Naval Air Facility Washington.

On Sunday, Trump attended a Gold Star family’s event at the White House with Secretary of Defence Mark Esper, Chairman of the Joint Chiefs of Staff Gen. Mark Milley, and other senior military leaders. Both Esper and the chairman tested negative.