Trump once again suggested Joe Rogan should moderate a presidential debate, but Rogan swiftly suggested legendary MMA ref John McCarthy do it instead 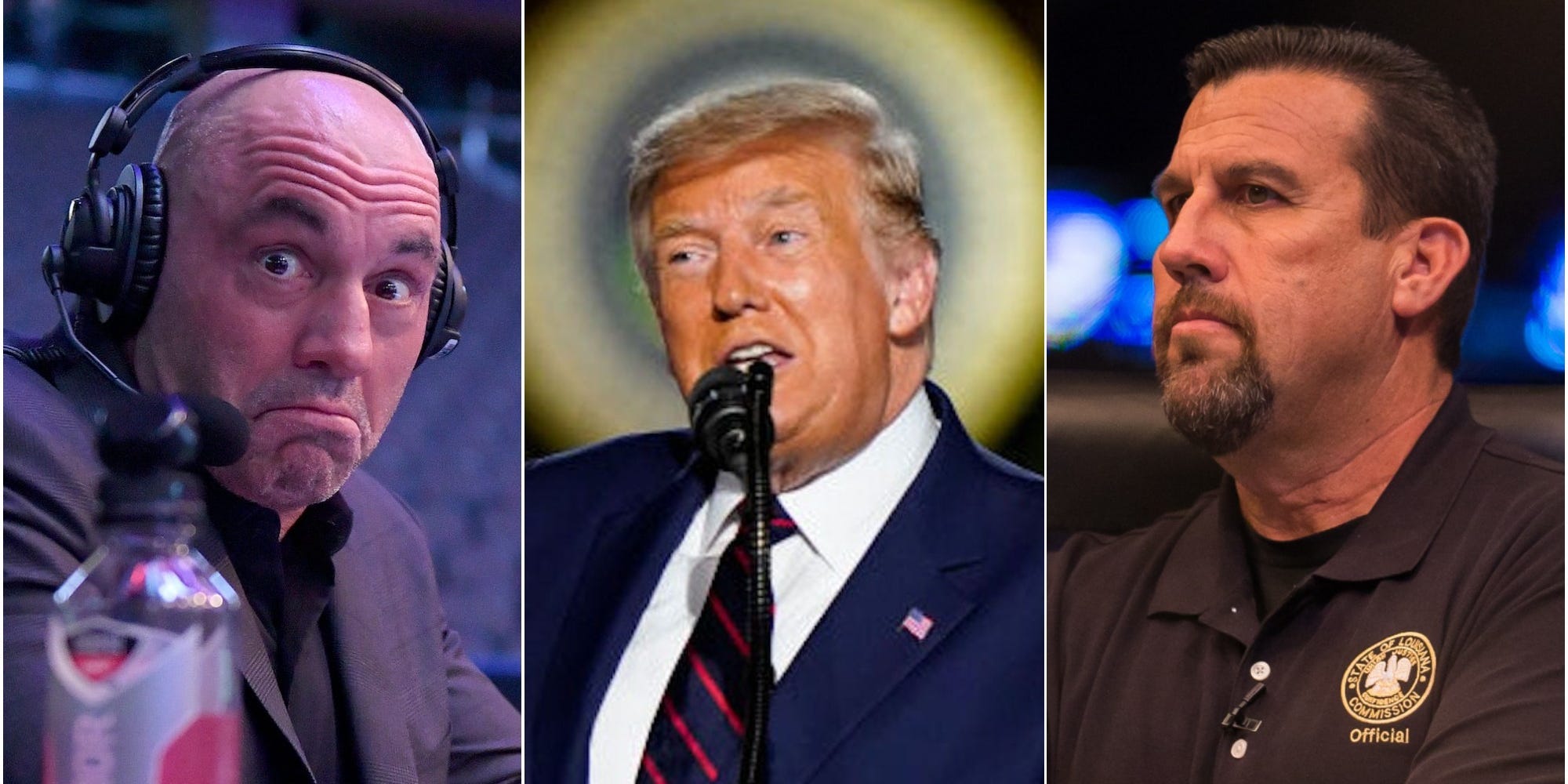 President Donald Trump once again appeared to suggest that the podcast host and UFC commentator Joe Rogan should moderate the presidential debates, following criticism of the performance of the Fox News host Chris Wallace on Tuesday night.

During a lengthy Twitter spree after the debate, Trump retweeted a post from Tyler Cardon, the CEO of the conservative media company Blaze Media, which suggested that Rogan should have taken the reins of the debate instead of Wallace.

“Regardless who you’re pulling for, I think we can all agree that Joe Rogan would do a much better job moderating this thing than Chris Wallace,” Cardon tweeted.

Regardless who you’re pulling for, I think we can all agree that Joe Rogan would do a much better job moderating this thing than Chris Wallace. #Debates2020

Wallace received widespread criticism for his handling of the debate, a chaotic 90 minutes that degenerated into the president hurling insults at his rival and Biden eventually imploring Trump to “shut up” and calling him a “clown.”

On several occasions Wallace was unable to prevent Trump from interrupting Biden, including one stretch in which the president spoke over Biden 10 separate times in under three minutes.

The debate was described by Business Insider’s John Haltiwanger as a “disaster,” while CNN’s chief Washington correspondent, Jake Tapper, called it a “hot mess, inside a dumpster fire, inside a train wreck.”

Regardless of pleas for him to take over moderating the debates, including from the cyclist Lance Armstrong, Rogan did not seem keen.

He posted on Instagram and Twitter soon after Trump’s retweet that instead of him, the next debate should be moderated by “Big” John McCarthy, a legendary UFC referee who is now a commentator for Bellator MMA.

“You don’t need me to handle this ‘debate,’ you need @johnmccarthymma,” Rogan wrote in an Instagram post featuring a picture of Trump and Biden.

McCarthy seemed coy on the idea, responding to a fan’s tweet imploring him to step in by writing an abbreviation for “laughing my f—ing a– off.”

Earlier in September, Trump randomly agreed to an extra debate with Biden if Rogan were given moderation duties, tweeting “I do!” when the retired UFC star Tim Kennedy suggested a debate held on Rogan’s podcast, “The Joe Rogan Experience.”

While it seems unlikely that an MMA commentator will be the moderator for the next debate between Trump and Biden, it certainly wouldn’t be the strangest thing to happen in 2020.