Trump says coronavirus relief negotiations are back on and floats $1,200 stimulus checks just 2 days after pulling the plug on talks 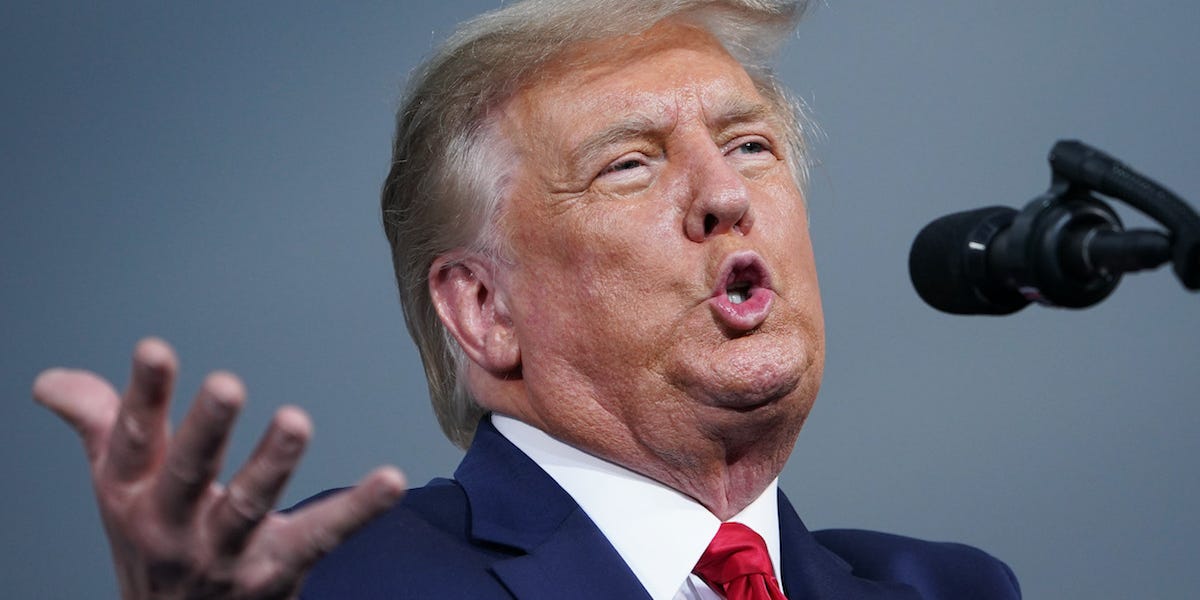 “Well I shut down talks two days ago because they weren’t working out,” Trump said during an interview on Fox Business. “Now they are starting to work out, we’re starting to have some very productive talks.”

Pelosi and Mnuchin recently started negotiations on more government assistance for airlines after a program supporting their payrolls expired last week, which both parties support extending.

United and American are moving ahead with layoffs for 32,000 workers in the coming weeks, along with other large companies. It has increased pressure on the Trump administration and Democrats to strike a deal. Pelosi appeared open to extending the program.

During a weekly press conference on Capitol Hill on Thursday, the speaker said her and Mnuchin were still engaged in discussions.

“We’ve told the White House we’re at the table… We want to continue the conversation,” Pelosi said. “We’ve made some progress, we’re exchanging language, so we’ll see how we connect.”

The president also said other issues were on the table in the negotiations, such as another round of $US1,200 direct payments for American taxpayers.

He added he believed Pelosi “wants it to happen, because it’s so good for our country, we really need it.”

The president’s remarks may signal an interest to restart talks on a broader coronavirus relief package, which he upended with a series of tweets on Tuesday. It triggered criticism from some Republican senators and lawmakers who urged him to reconsider the move.

Trump has since called on Congress to pass small business aid, $US1,200 direct payments, and airline support through standalone bills.

Pelosi tied any further aid to airlines to a bigger economic relief package. She said Democrats won’t support legislation that doesn’t also provide aid to states, the unemployed, and funds for virus testing and tracing.

“There is no standalone bill without a bigger bill,” she said.

Pelosi and Mnuchin are set to speak again on Thursday, according to Pelosi spokesperson Drew Hammill. A spending deal ranging between $US1.6 trillion and $US2.2 trillion was under consideration. It would included a second round of direct payments, federal unemployment benefits, and additional public health funds among other measures.

It remains unclear whether a large economic aid bill could draw enough political support to become law given significant disagreements on a raft of issues such as spending levels. There is also very limited time left in the legislative calendar before the election on November 3.


Read more:
4 ways you can invest in real estate if you’re low on capital, from the ‘clever investor’ who started with $US30,000 of debt and has now flipped over 1,000 houses

The California Democrat has already rejected the idea of a separate piece of legislation for $US1,200 direct payments unless it’s part of a bigger package.

“All the president wants is his name on a check,” Pelosi told reporters on Wednesday. “We’re here to honour our heroes, crush the virus, put money in the pockets of the American people beyond a check with his name on it.”