Trump says he doesn't 'see any way' of reaching a stimulus agreement, despite Pelosi saying negotiations are nearly finished 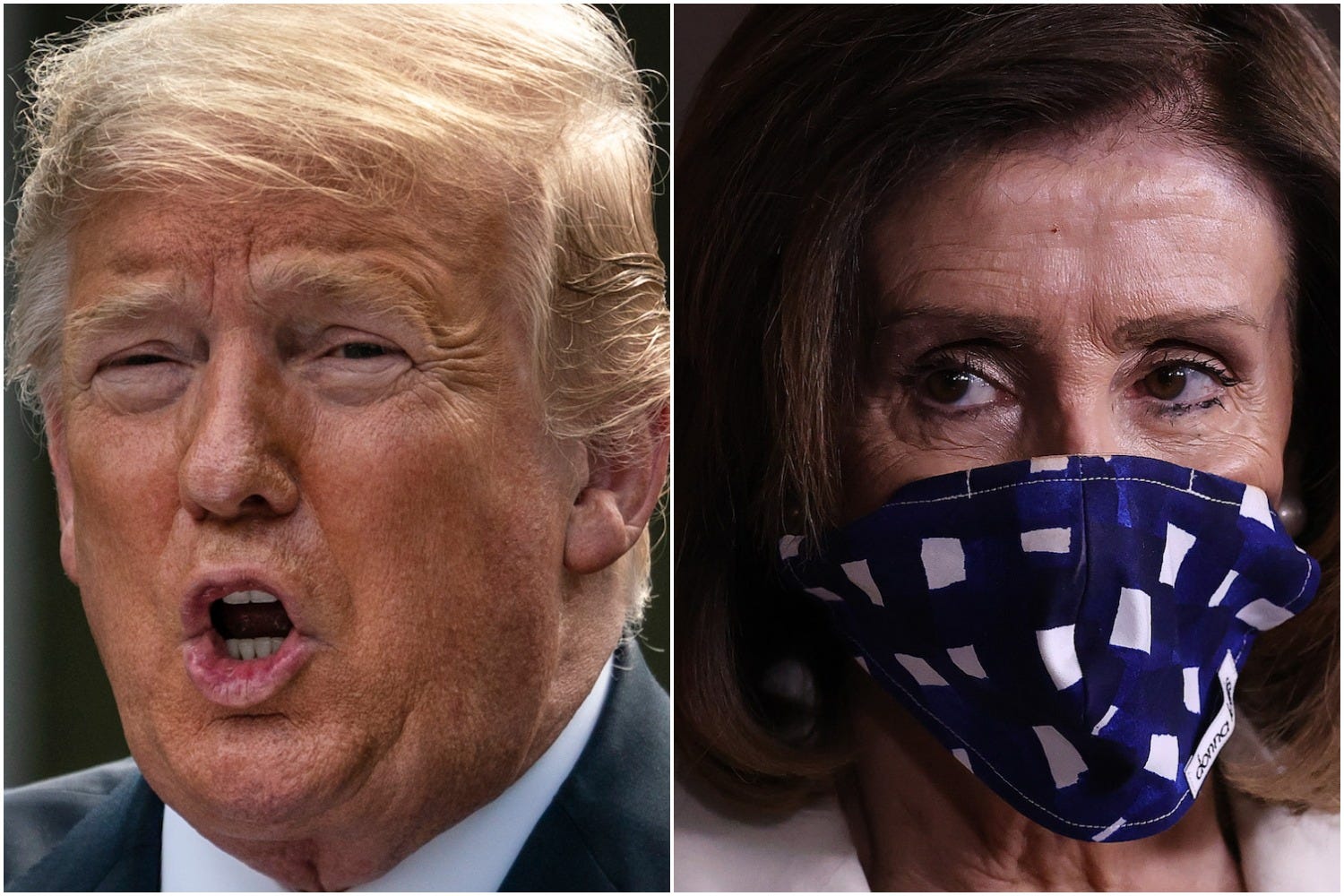 President Donald Trump on Wednesday said he didn’t “see any way” Democrats and Republicans would agree on a deal for coronavirus relief, despite House Speaker Nancy Pelosi remaining optimistic about finalising a stimulus package before Election Day.

In a tweet Wednesday, he tried to pin the blame for a deadlock in spending discussions on Pelosi and Senate Minority Leader Chuck Schumer.

Pelosi is proposing a $US2.2 trillion package, while the Trump administration is offering $US1.88 trillion â€” though Trump has said he’d like an even bigger deal than what Pelosi has offered.

“Just don’t see any way Nancy Pelosi and Cryin’ Chuck Schumer will be willing to do what is right for our great American workers, or our wonderful USA itself, on Stimulus,” the president posted on Twitter.

“Their primary focus is BAILING OUT poorly run (and high crime) Democrat cities and states,” he said. This most likely refers to the money Democrats want for state and local governments, which have seen tax revenue plummet as economic activity slowed during the pandemic.

A phone call between Pelosi and Treasury Secretary Steven Mnuchin on Thursday brought the pair “closer to being able to put pen to paper to write legislation,” a spokesman for Pelosi said.

After their discussion, Pelosi told reporters in a press conference that negotiations in reaching a compromise were “just about there,” adding: “We’ve made good progress this week.”

The first is that the White House is resisting Democrats’ proposal of $US500 billion for state and local governments, which Trump seemingly referred to in his tweet.

The second: Democrats have rejected Republicans’ demands for liability protections for businesses open during the pandemic.

On Thursday, Pelosi said that Democrats had sent “some stuff back over” to the administration and that she expected top committee chairs would “resolve some differences, but that hasn’t happened yet,” per The New York Times.

Pelosi said Tuesday that she found “common ground” with Mnuchin and that “both sides are serious about finding a compromise.”

Senate Republicans warned Tuesday, however, that they would most likely block any deal worth $US1.8 trillion or higher.

The multitrillion-dollar stimulus could provide a lifeline to Americans struggling during the pandemic. A Federal Reserve study published Friday estimated that US renters could owe $US7.2 billion in unpaid rent by December because of coronavirus-related job losses.