Trump supports another round of stimulus checks, but Republicans are extremely split on sending more government cash to people 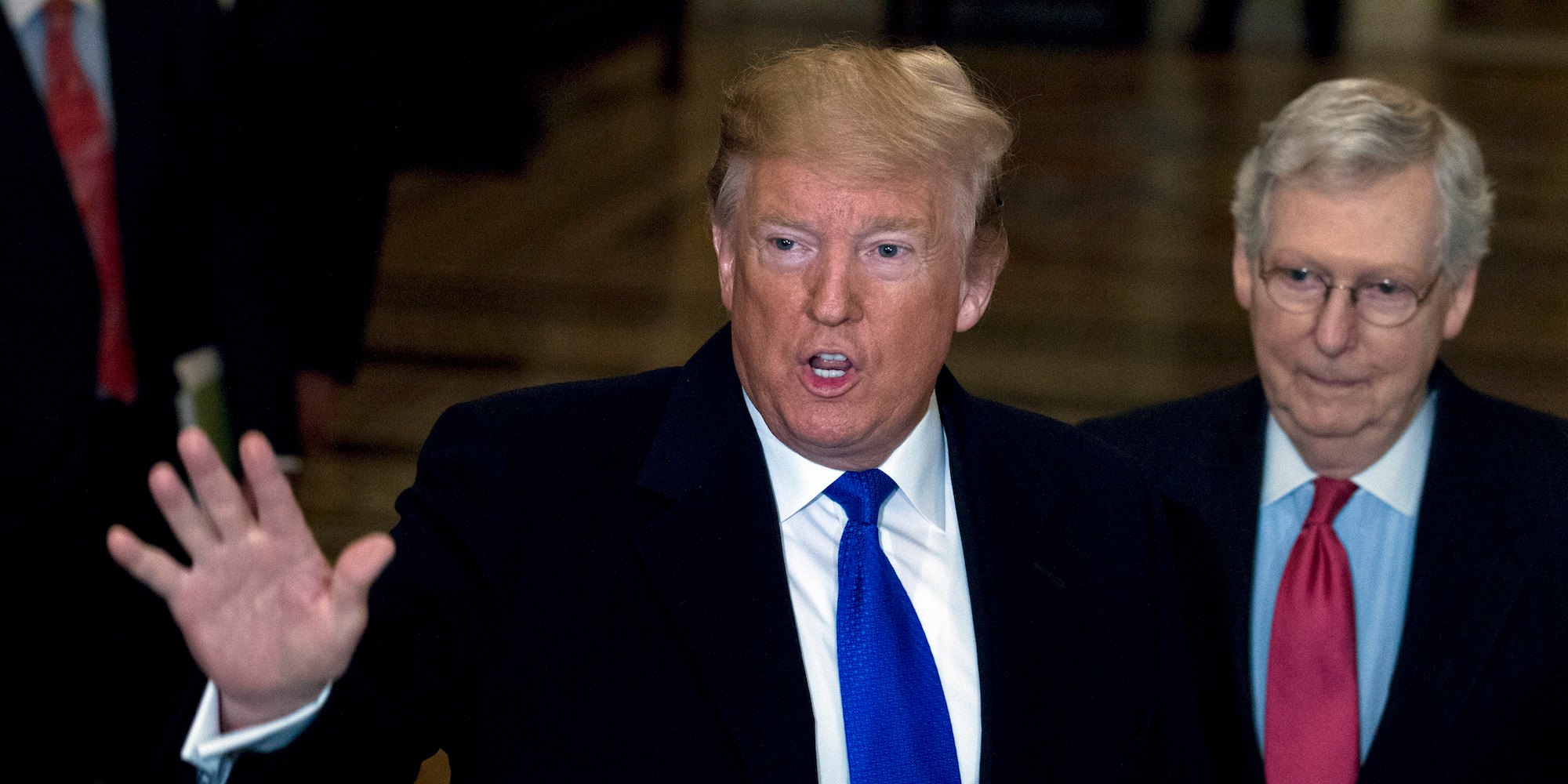 President Donald Trump reportedly approves of another wave of stimulus checks for Americans as part of another economic relief package.

But many Republicans in Congress remain sceptical about sending more government cash, creating a split between the president and conservative lawmakers on a measure that could provide significant financial relief to struggling people during a national crisis.

The divide is the product of tensions between perceptions of good economics and good politics, said Brian Riedl, an economic policy expert and senior fellow at the libertarian-leaning Manhattan Institute who’s in close contact with numerous congressional GOP offices.

“I think a lot of Republicans don’t believe that broad-based stimulus checks are the most economically efficient response to the downturn,” Riedl told Business Insider. “But they understand that politically, you can’t build public support without some sort of aid to families.”

In March, Congress authorised direct payments up to $US1,200 for each American citizen earning under $US75,000 a year under the CARES Act. The checks formed a key component of the package, and over 150 million people received them through early June, per the IRS.

Economists say the checks helped shore up people’s finances as unemployment surged to record levels. A study from the Kellogg School of Management at Northwestern University published in early May found that the payments had provided relief for people, particularly those with fewer dollars in their bank accounts.


Read more:
Aram Green has crushed 99% of his stock-picking peers over the last 5 years. He details his approach for finding hidden gems – and shares 6 underappreciated stocks poised to dominate in the future.

Yet the sense of urgency that compelled lawmakers to act quickly in the spring has faded away. Republicans have since urged a wait-and-see approach to determine whether additional federal spending is merited, with some concerned about the impact on the federal deficit.

Douglas Holtz-Eakin, president of the American Action Forum, argued the economy is not in a dire situation as it was in March.

“The strategy in CARES was very simple,” Holtz-Eakin, a conservative economist who served in the George W. Bush administration, told Business Insider. “It was flood the economy with money and hide from the virus for two and a half months. That’s not where we are, we’re in a very different place now.”

There is no consensus among GOP lawmakers for more stimulus checks

The rift grew evident as more Republican senators weighed in on the prospect of making additional direct payments a part of the relief package set to be debated next month. Up to now, they have argued that the best way to salvage the economy is getting people back to work, and some unveiled plans for hiring bonuses.

Among the Republicans, there isn’t a clear consensus on whether sending more stimulus checks is necessary to give the economy another boost.

Some expressed strong reservations, such as Sen. Pat Toomey of Pennsylvania.

“I’m a sceptic about the idea of doing that,” Toomey, a member of the Senate Finance Committee, told reporters on Tuesday. “That was an emergency measure taken when we were in a full-blown crisis and, frankly, knew it was wildly inefficient because all kinds of people were getting checks whose work was not jeopardized.” REUTERS/Lucy NicholsonA line for a food bank in Los Angeles in April.

Sen. Mitt Romney – who was among the first GOP lawmakers to push for direct cash payments as the economy collapsed in March – said he opposed the idea as well. Instead, he favours modifying the Paycheck Protection Program to better aid small businesses and extending boosted unemployment benefits, though at a reduced amount than the $US600 weekly bump that jobless people are currently receiving.

Some Republicans, though, signalled they were open to the proposal. Sen. Thom Tillis indicated he would back a similar measure that’s smaller in scope and targeted toward “the people who are hurting the most.”

Other top GOP lawmakers, though, are tight-lipped. Sen. Chuck Grassley of Iowa, chair of the Senate Finance Committee, hasn’t unveiled priorities for stimulus legislation with debate starting to ramp up. His office did not return requests for comment.


Read more:
From a late-night infomercial to a 1,040-unit empire worth $US188 million: Here’s how Jacob Blackett perfected his real-estate-investing strategy after losing $US70,000 on his first deals

“Congress should … not rush to pass expensive legislation paid for with more debt before gaining a better understanding of the economic condition of the country,” Grassley said earlier this month.

The divide spilled over from Congress into the White House. Treasury Secretary Steven Mnuchin opened the door to another round of direct payments earlier this month, and he has pushed for them, The Washington Post reported.

Meanwhile, Larry Kudlow, director of the National Economic Council, said the administration may seek to cut checks to people needing them the most.

Riedl, though, said he believes that with plenty of people enduring significant hardship in the pandemic, Republicans will be pressed to back a relief measure, such as direct payments, to help keep families afloat.

“The next round of stimulus legislation will include some tax rebate or some sort of broad-based tax relief because that is the grease that guarantees public support,” he said. “If lawmakers just focus on aiding the unemployed, small businesses, and possibly states, a lot of Americans aren’t going to support the bill because they’re going to wonder what’s in it for them.”

House Democrats included another round of $US1,200 stimulus checks in their economic relief package last month, along with expanded unemployment benefits through the end of the year and aid to states. Senate Republicans, led by Majority Leader Mitch McConnell, quickly declared the $US3 trillion legislation dead on arrival.

The unemployment rate remains historically high at 13.3% after peaking at nearly 15% in April. And layoffs are still mounting, given that another 1.5 million people filed unemployment claims last week, the Labour Department reported on Thursday.

Many economists project high unemployment for the rest of 2020. Both the Federal Reserve and the non-partisan Congressional Budget Office estimate the unemployment rate will hover around 10%.

The next jobs report is set to be released on July 2. The last one published earlier this month stunned economists when it showed the economy adding 2.5 million jobs instead of shedding jobs at a rapid pace.

Now, the report is expected to show steady improvement in the labour market with 3 million new workers on payroll, Bloomberg reported.

Holtz-Eakin said the portrait it paints of the nation’s economic recovery will shape the perspectives of Republicans as debate heats up over the next economic relief package.

“There’s no question that it will have an impact on how they feel about the outlook,” he said.

“If we have a bad jobs report, Republicans will become more aggressively in favour of stimulus,” Riedl said. “I’m not sure that a good jobs report will move the dial much, but a surprisingly bad jobs will change the narrative in the minds of Republicans.”

Still, Riedl said, even with the prospect of a better-than-expected jobs report, many people will find it difficult to secure a job for a long time.

“Even in a good jobs report, we still have an unemployment rate over 10%. No lawmaker should be under the illusion we’ll be out of the woods anytime soon,” he said.