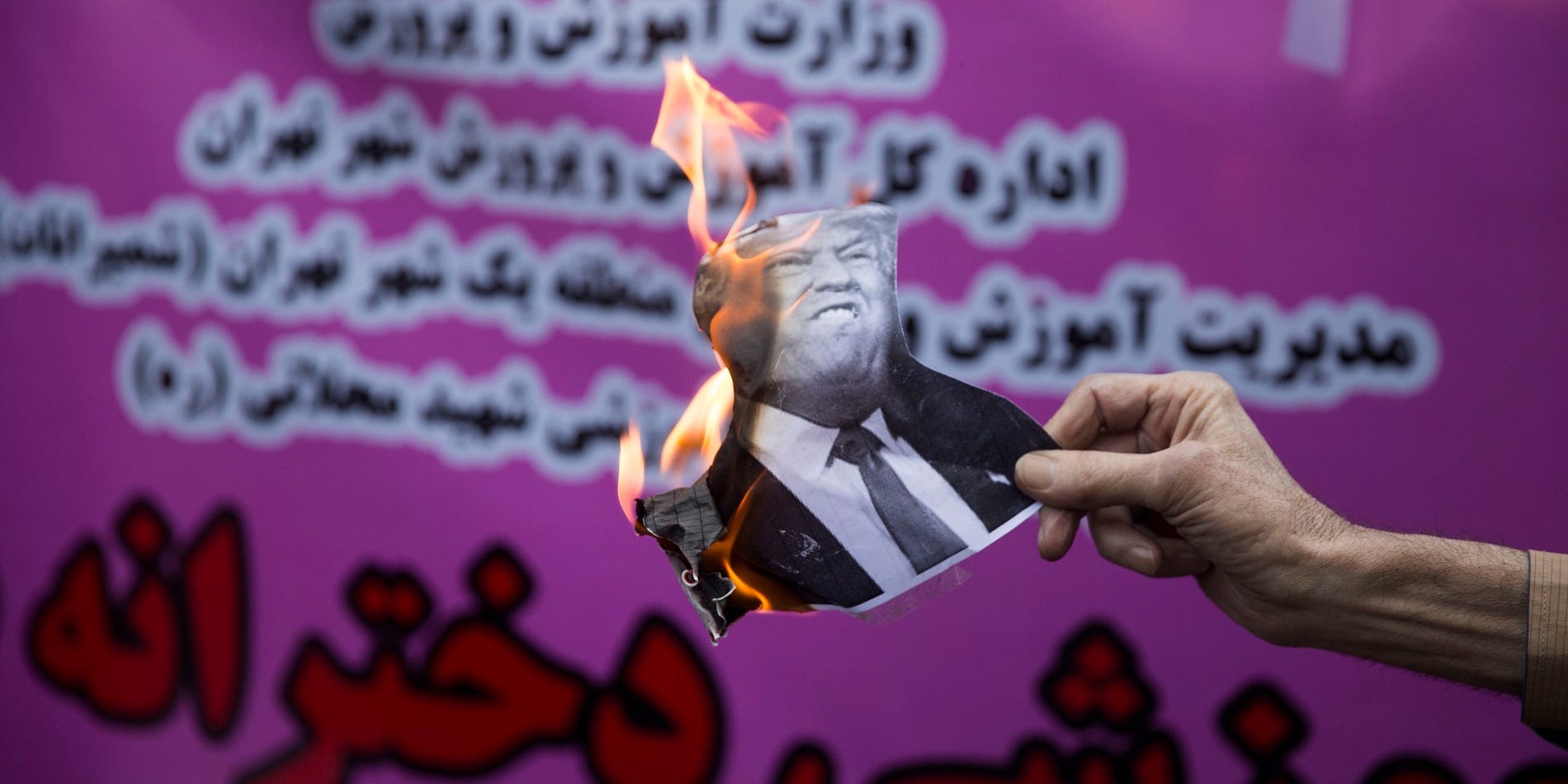 (Photo by Majid Saeedi/Getty Images)Iranian protesters demonstrate outside the former US embassy in Tehran, November 4, 2018.

The Trump administration’s Monday briefing on its intent to enforce “snapback” sanctions against Iran was predictably distant from reality.

As his department’s prior statements previewed, Secretary of State Mike Pompeo and a collection of other Cabinet officials announced the administration’s plan to unilaterally enforce United Nations sanctions against Iran. How that enforcement will work isn’t clear: Only the tiny Dominican Republic has said Washington has legal authority to do this.

Other countries â€” including top US allies Britain, France, and Germany â€” agree that because the United States “unilaterally ceased participation” in the Obama-era Iran nuclear deal, the Joint Comprehensive Plan of Action (JCPOA), Washington “cannot, therefore, be considered to be a JCPOA participant state and cannot initiate the process of reinstating UN sanctions,” as the European Union’s foreign affairs minister, Josep Borrell, said Sunday.

But whatever the legal reality, the political reality Pompeo’s announcement ignores is this: Re-imposing these sanctions will prove to be counterproductive grandstanding at best. It will make it more difficult to resume viable negotiations with Iran, which means it will put a mutually acceptable nuclear deal further out of reach. It will move the greater Middle East further from peace. 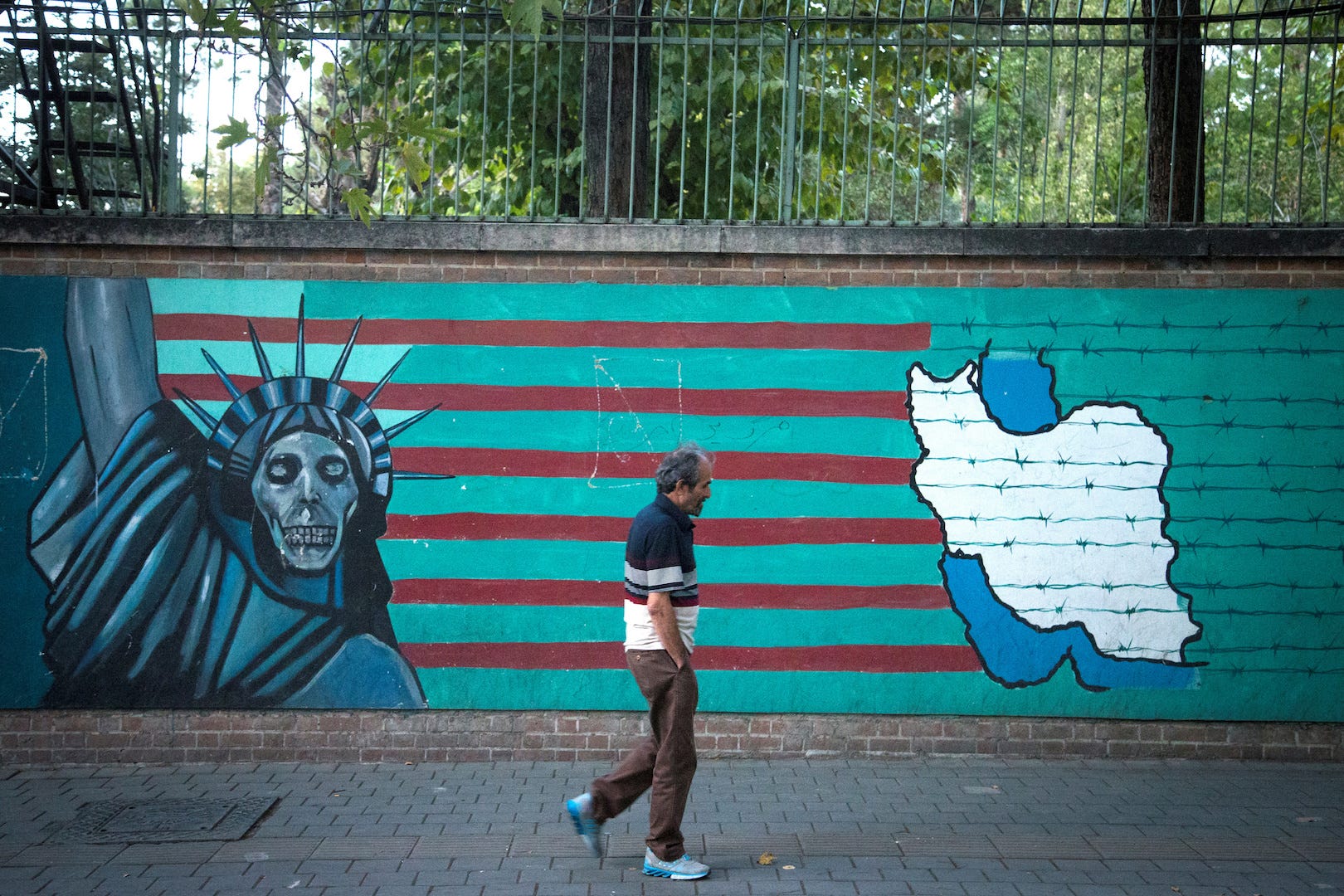 Though President Trump likes to tout himself as a great diplomat â€” a “deal-maker,” in his phrase â€” the deterioration of US-Iran relations during his tenure is a significant and avoidable mistake.

Trump’s withdrawal from the Iran nuclear deal was supposed to set the stage for a new and better arrangement, one in which Tehran would be convinced to accept broader and more permanent restrictions on its military build-up and foreign policy activity in exchange for fewer concessions from the United States. We would get more, the president said, for less.

The intended means of accomplishing this envisioned replacement deal is “maximum pressure,” the administration’s policy of subjecting Iran to as much economic misery as possible in hopes that its regime will finally cave. That plan hasn’t worked, nor will it.

The snapback sanctions, like previous elements of maximum pressure, have won the Trump team exactly nothing while inflicting needless suffering on ordinary Iranians and making Tehran more determined not to obey. So far from pacifying the Mideast and curbing Iranian troublemaking, maximum pressure has fostered chaos.

The circumstances that led to this very snapback project are a case in point. Before and for months after the United States left the JCPOA in 2018, outside investigators confirmed Iran was in compliance with the agreement. It was only after Trump’s exit and re-imposition of sanctions that Tehran â€” already being punished despite keeping its side of the bargain â€” first violated the deal by enriching uranium in higher quantities and above the 3.67% enrichment cap.

The violations are, so far, largely symbolic ploys to improve Tehran’s negotiating position should it ever make it to the table with Washington. Iran is now enriching uranium to 4.5% for use in a nuclear power plant (weapons-grade enrichment is 90% or higher).

That 0.83% jump is the main piece of the “non-performance of [Iran’s] JCPOA commitments” Secretary of State Mike Pompeo says the snapback sanctions will penalise. But if recent history is any guide, Tehran is unlikely to submit. Pompeo’s claim that the sanctions will obligate Iran to stop its enrichment and related activities isn’t easily credible, nor is his insistence that the sanctions’ return ” is a step toward international peace and security.” 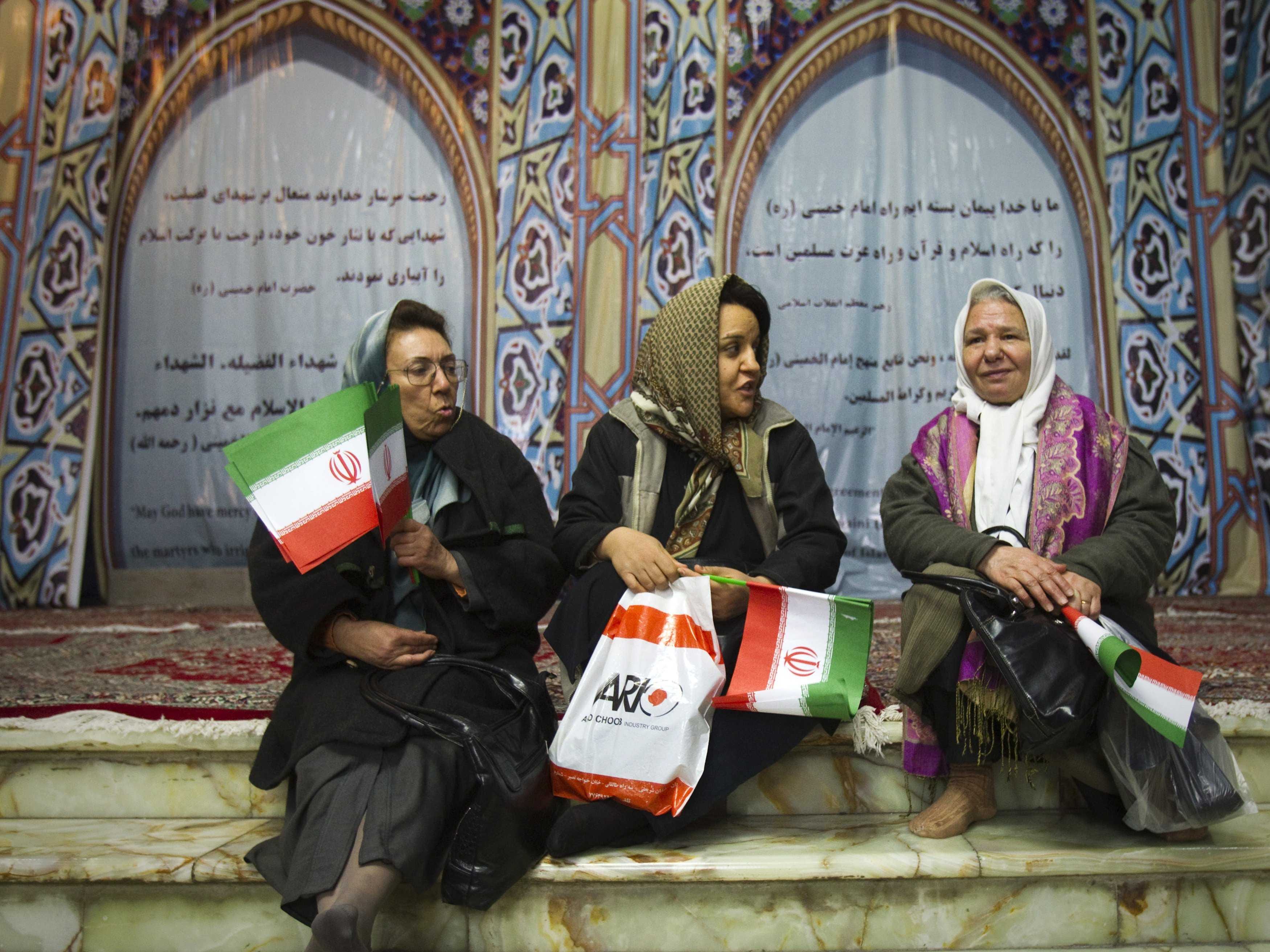 Instead of snapping back these sanctions and maintaining maximum pressure, the Trump administration and/or its successor should try a new approach. The first move is to resume membership in the JCPOA on condition of Tehran going back to full compliance. Iranian President Hassan Rouhani said earlier this year that his government is prepared to “return to its commitments” in the deal if the United States will do likewise.

The Trump administration should hold him to that promise and, in doing so, can accomplish the immediate goal of the snapback sanctions without the antagonism of allies, legal uncertainty, and risk of military escalation that sanctions entail.

With that base for constructive US-Iran diplomacy re-established and Iran already constrained by US deterrence and regional rivals, Washington can initiate ongoing, working-level talks with Tehran to build on this foundation and steer us away from war.

Pompeo often cites Iran’s ballistic missile development and its military intervention in regional neighbours like Syria and Yemen as chief among his problems with Iran. These are points on which we can negotiateâ€”which does not mean lobbing threats of invasion, assassinations, or maximum pressure.

Effective diplomacy does not consist of absolutist demands with no concessions from the US, but fortunately some “concessions” we could propose would actually benefit US security while enticing Iran to do what Washington wants. For example, we might trade an end to Iranian meddling in Yemen’s civil war for an end to US support for the Saudi-led coalition intervening on the other side of that conflict. That’s good for us anyway, making this deal a double win for the United States.

Without such a shift away from ultimatums and toward realist diplomacy, US-Iran relations will only get worse. War is possible, because Pompeo and the Trump administration more broadly have lost sight of their proper strategic aim here. They’re focused on coercion and control â€” perhaps to the point of forcible regime change. They should instead focus on preserving the peace.