Trump has a distant financial link to a pharma giant that makes the drug he's been pushing to fight COVID-19 — but it's probably worth less than $1,000 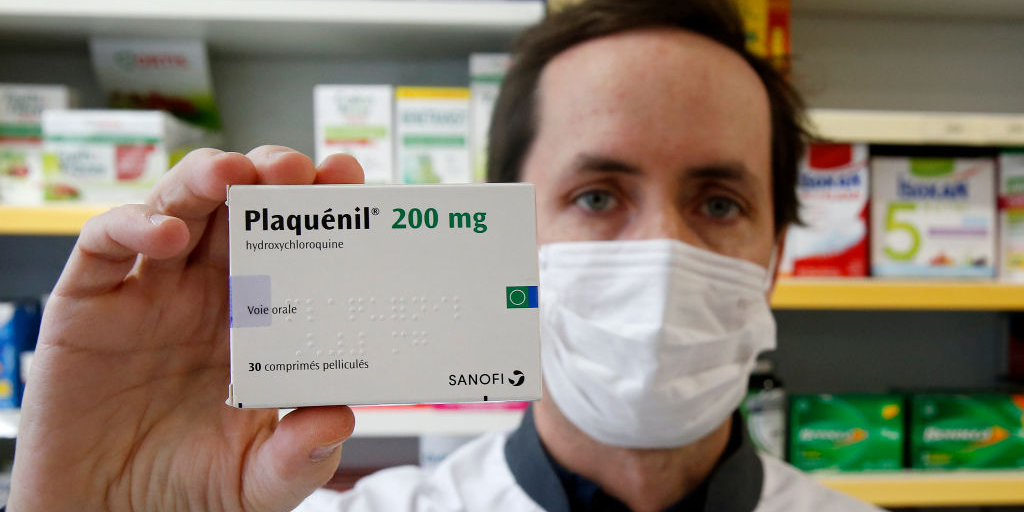 President Donald Trump reportedly has a “small personal financial interest” in a drugmaker that produces hydroxychloroquine, a drug he has been enthusiastically touting as a possible treatment for the new coronavirus, according to a Monday New York Times report.

“As of last year, Mr. Trump reported that his three family trusts each had investments in a Dodge & Cox mutual fund, whose largest holding was in Sanofi,” The Times wrote. Sanofi is a French drugmaker that produces hydroxychloroquine pills under the brand name Plaquenil.

A mutual fund is a portfolio that pools together money from several investors and then invests across various asset classes such as stocks, bonds and other forms of debt.

Business Insider followed the paper trail and concluded that the holding has a maximum value of around $US1,300, only slightly larger than similar holdings by Trump funds in Google parent Alphabet, FedEx, and the French bank BNP Paribas.

Here is the logic:

The Dodge & Cox holdings are mentioned in this disclosure form, logged with the US Office of Government Ethics in May 2019.

Each of three family funds list a holding in the Dodge & Cox International Stocks Fund, valued between $US1,000 and $US15,000.

The funds are managed by JP Morgan without any input from Trump.

According to a prospectus dated December 2019, the Dodge & Cox fund in question has Sanofi as its largest holding at 2.9%.

Representatives for the White House did not immediately respond for comment.

President Donald Trump has repeatedly endorsed chloroquine and hydroxychloroquine as experimental treatments to fight COVID-19, the disease caused by the new coronavirus, starting around March 21.

The drugs are often used for the prevention and treatment of certain types of malaria. They are also used to treat rheumatoid arthritis, lupus, and a few other conditions.

While large trials are underway, however, there is no clinical evidence so far that proves these drugs are effective against COVID-19. Last week, the Food and Drug Administration issued an emergency authorization of chloroquine and hydroxychloroquine for use in experimental COVID-19 treatment.

Trump repeated his endorsement of these medications during a Sunday evening press briefing, stating that the US now has a stockpile of over 29 million hydroxychloroquine pills.

“What do you have to lose?” he said repeatedly, at one point adding: “If it does work, it would be a shame if we didn’t do it early.” 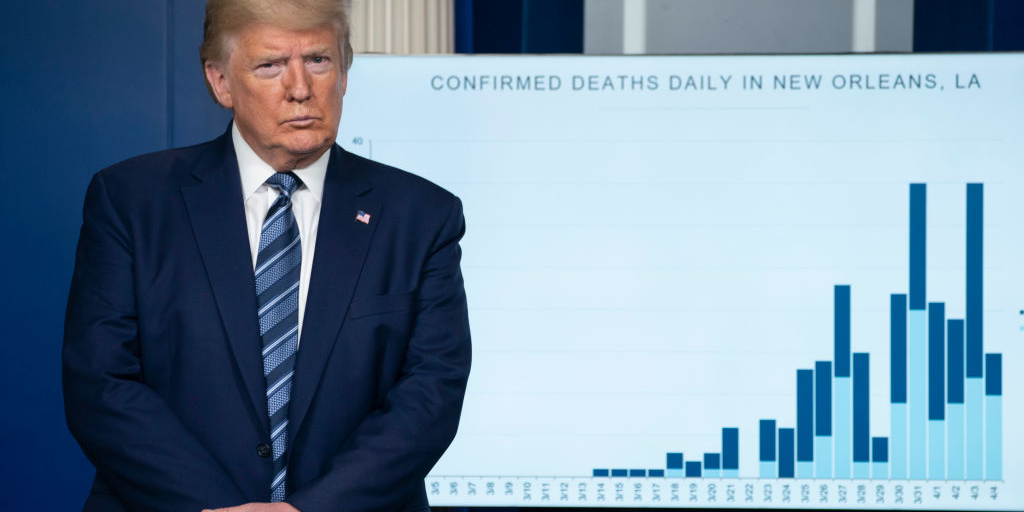 Sarah Silbiger/Getty ImagesPresident Donald Trump holds a press briefing with members of the White House Coronavirus Task Force on April 5, 2020 in Washington, DC. On Friday, the Centres for Disease Control and Prevention issued a recommendation that all Americans should wear masks or cloth face coverings in public settings.

Others within Trump’s circle also have ties to Sanofi, according to The Times.

The Times reported that one of Sanofi’s largest shareholders is Fisher Asset Management, a fund set up by political donor Ken Fisher, who has a history of donations to the GOP and contributed to Trump’s 2016 campaign, according to NBC.

However, a representative for Fisher Investments in an emailed statement argued that the holding was not “material” in its size.

The spokesman said: “The company represents less than 0.8% of Fisher Investments’ portfolio, and the firm’s ownership is less than 0.7% of Sanofi. Neither the firm nor Ken Fisher have ever promoted the drug described in the New York Times article in any way or discussed it with anyone.”

The spokesman also said that Fisher had donated to Democrats as well as Republicans.

A fund previously run by commerce secretary Wilbur Ross also invests in Sanofi, according to the report, though Ross said in a statement that he was “not aware” of the company’s involvement with Sanofi, nor was he personally involved “in the decision to explore [hydroxychloroquine] as a treatment.”

And according to ProPublica, employees who were formerly compensated or employed by Sanofi went on to work at several federal agencies, including the Department of Health and Human Services, the Department of Justice, and the Office of Management and Budget.

Despite the optimism surrounding chloroquine and hydroxychloroquine as potential COVID-19 treatments, the drugs can cause severe side effects, and misuse has led to poisoning and even death.

Short-term side effects of the medication include nausea, abdominal cramps, and vomiting. Serious side effects or prolonged treatment include liver failure, hearing loss, and muscle paralysis.

The Centres for Disease Control and Prevention warned last month against taking the drug without medical supervision. Some people took nonpharmaceutical chloroquine phosphate, a chemical used to clean home aquariums, instead of the medications approved by the FDA.

The CDC added that overdosing on the medication or taking it inappropriately could lead to severe toxicity.

A man in Arizona died after self-medicating with a fish tank cleaner that contained chloroquine phosphate, according to Arizona’s nonprofit health system Banner Health.