Trump is dead set on fighting election-fraud claims — even as his entire team is 'despondent' — because he thinks it will help him in 2024, report says 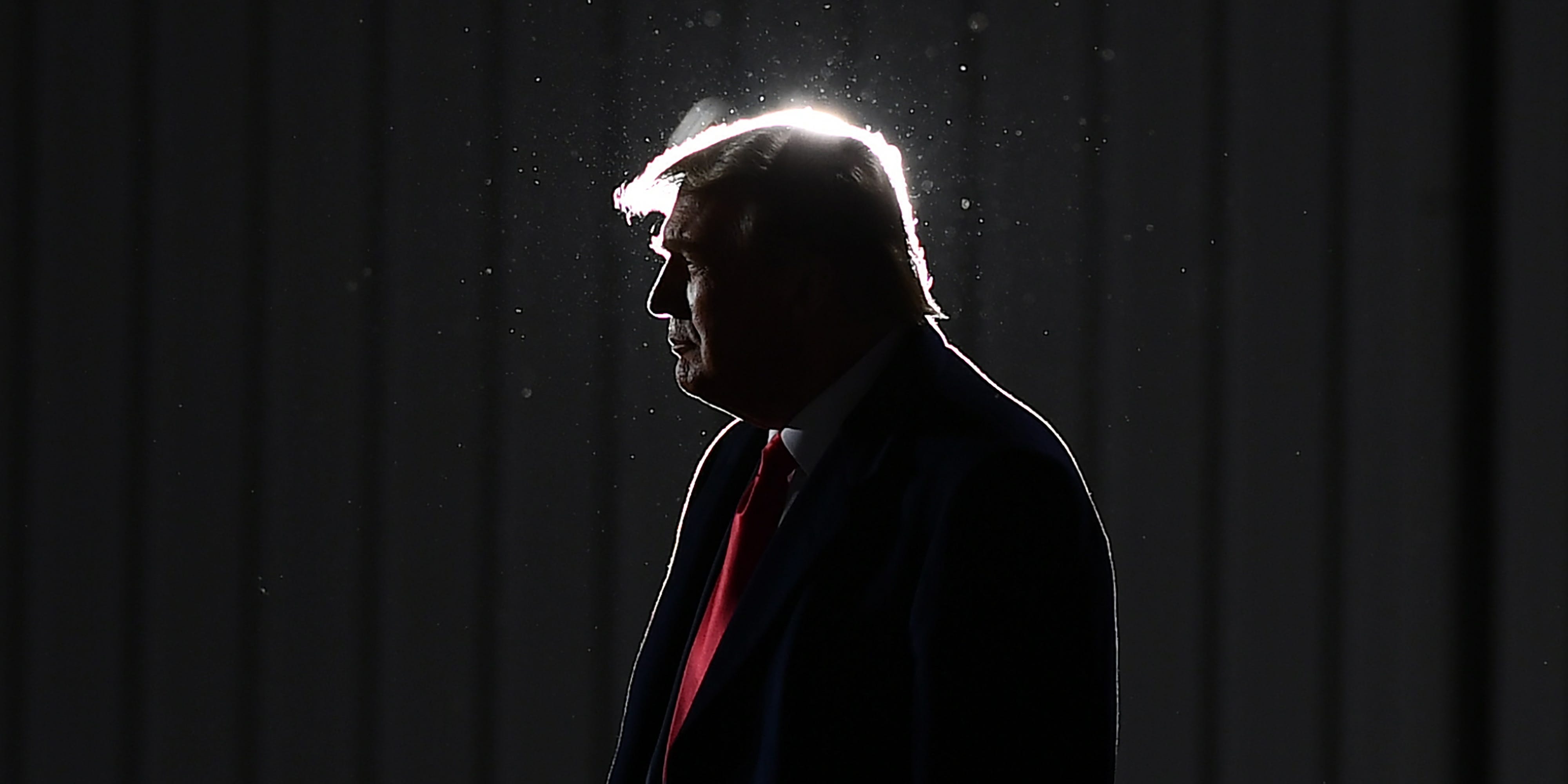 President Donald Trump is still contesting the results of the 2020 US election two full weeks after Election Day, even as hope dwindles among his allies and supporters.

Some of Trump’s advisors are encouraging the president to allow President-elect Joe Biden and Vice President-elect Kamala Harris’ transition team access to White House resources â€” which are typically at the disposal of the president-elect â€” and to commit to a peaceful transfer of power, The Washington Post reported Tuesday.

One of the advisors who spoke with The Post said Trump continued to refuse concession so his supporters could see him “keep fighting” in hopes of bolstering support for a run in 2024.

“He is more dug into his position than he was at the beginning,” the advisor told The Post. “He thinks this is his base for 2024, and that half the country are warriors fighting for him, and that he’s got to keep fighting.”

Trump has yet to concede the election despite lacking any evidence the result will change when states certify their results in the coming weeks.

Trump has repeatedly, and falsely, claimed he “won” the election, and his campaign and some of his supporters have leveled baseless allegations of election fraud.

Though Trump remains steadfast in his position to contest the election, the advisor told The Post that those in the president’s close circle were all “despondent.”

Lawsuits challenging Biden’s wins in four states were dropped Monday, and lawyers representing the Trump campaign in a major lawsuit in Pennsylvania withdrew from the case.

Jenna Ellis, one of the Trump campaign’s senior legal advisors alongside the president’s personal lawyer Rudy Giuliani, told The Post in a statement that Trump “owes it to all Americans to ensure that our elections are free, fair, safe and secure.”

“There are legal avenues to pursue that achieve that goal,” Ellis continued, “and when we are successful, we believe the president will be reelected. Every American should agree that all legal votes should be counted and all illegal votes should not be.”

Last week, the Department of Homeland Security cracked down on the election-fraud allegations, saying the 2020 presidential election was “the most secure in American history.” No evidence has emerged “that any voting system deleted or lost votes, changed votes, or was in any way compromised,” it continued in the statement.

On Tuesday, Trump fired Chris Krebs, the head of the Department of Homeland Security’s Cybersecurity and Infrastructure Security Agency.

Krebs, who oversaw the branch of the DHS that safeguards US elections from domestic and foreign interference, struck down the president’s conspiracy theories about voter fraud in the 2020 election. He was one of the few Trump-appointed officials who garnered bipartisan support for their work protecting US elections.