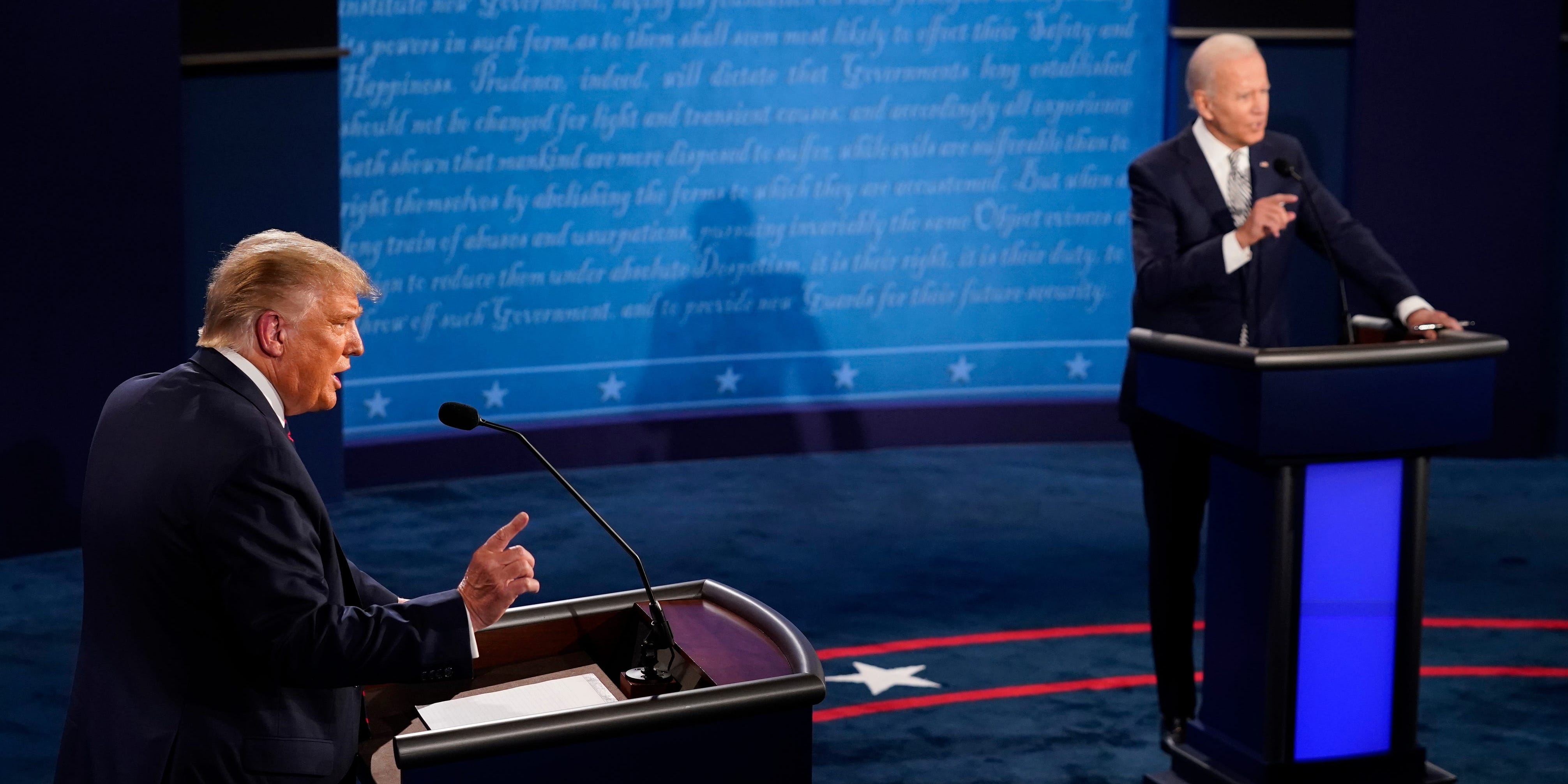 President Donald Trump says he will not be taking part in the second presidential debate with his Democratic challenger, Joe Biden, after organisers announced that the event would be held remotely.

“I’m not going to waste my time on a virtual debate â€” that’s not what debating is all about. You sit behind a computer and do a debate. It’s ridiculous,” Trump told the Fox Business anchor Maria Bartiromo by phone on Thursday morning.

“That’s not acceptable to us. I’m not going to do a virtual debate.”

"I'm not going to waste my time on a virtual debate" — Trump, on with Maria Bartiromo, begins his first post-coronavirus interview by saying he's pulling out of the second debate. (He sounds a little hoarse.) pic.twitter.com/R43JSszfll

Trump announced plans to drop out of the debate less than an hour after the remote format was announced. In the interview he said he had only just learned of the change.

The debate was scheduled to be held in Miami in person next Thursday, but Trump’s recent COVID-19 diagnosis led to speculation that it might be cancelled.

Trump’s campaign manager, Bill Stepien, who also recently tested positive for the coronavirus, said the president would hold a campaign rally instead.

“The safety of all involved can easily be achieved without cancelling a chance for voters to see both candidates go head to head,” he said.

“I'm not going to waste my time" with a virtual debate, Trump, who has coronavirus, says on Fox Business.

Trump campaign will hold a rally instead of doing the 2nd debate remotely, says campaign manager Bill Stepien, who also has coronavirus. pic.twitter.com/jzXhJByfcf

Trump has long accused debate organisers and moderators of bias against him, levelling the accusation against Fox News’ Chris Wallace after he moderated Trump’s debate with Biden on September 30.

The Biden campaign released a statement saying it was open to a remote debate.

In its earlier announcement, the Commission on Presidential Debates said the debate would be remote to “protect the health and safety of all involved.”

Trump tested positive for the virus last Thursday, which led to his being hospitalized for three nights.

Following the president’s diagnosis there was concern that he might have infected Biden during their debate two days previously. Biden has tested negative for the coronavirus in two tests since.

Since his release from the hospital on Monday, Trump has sought to portray himself as having successfully defeated the disease, and he had said he would take part in the debate even if it was in person. But Biden said he would do so only if scientists said it would be safe.

The first debate between the candidates was fractious, with Trump repeatedly interrupting Biden and the two men insulting each other as the event at times became chaotic.

The debates commission announced afterward that it was considering changes to the debate rules to avoid a repeat of the event, which was widely denounced as a fiasco.